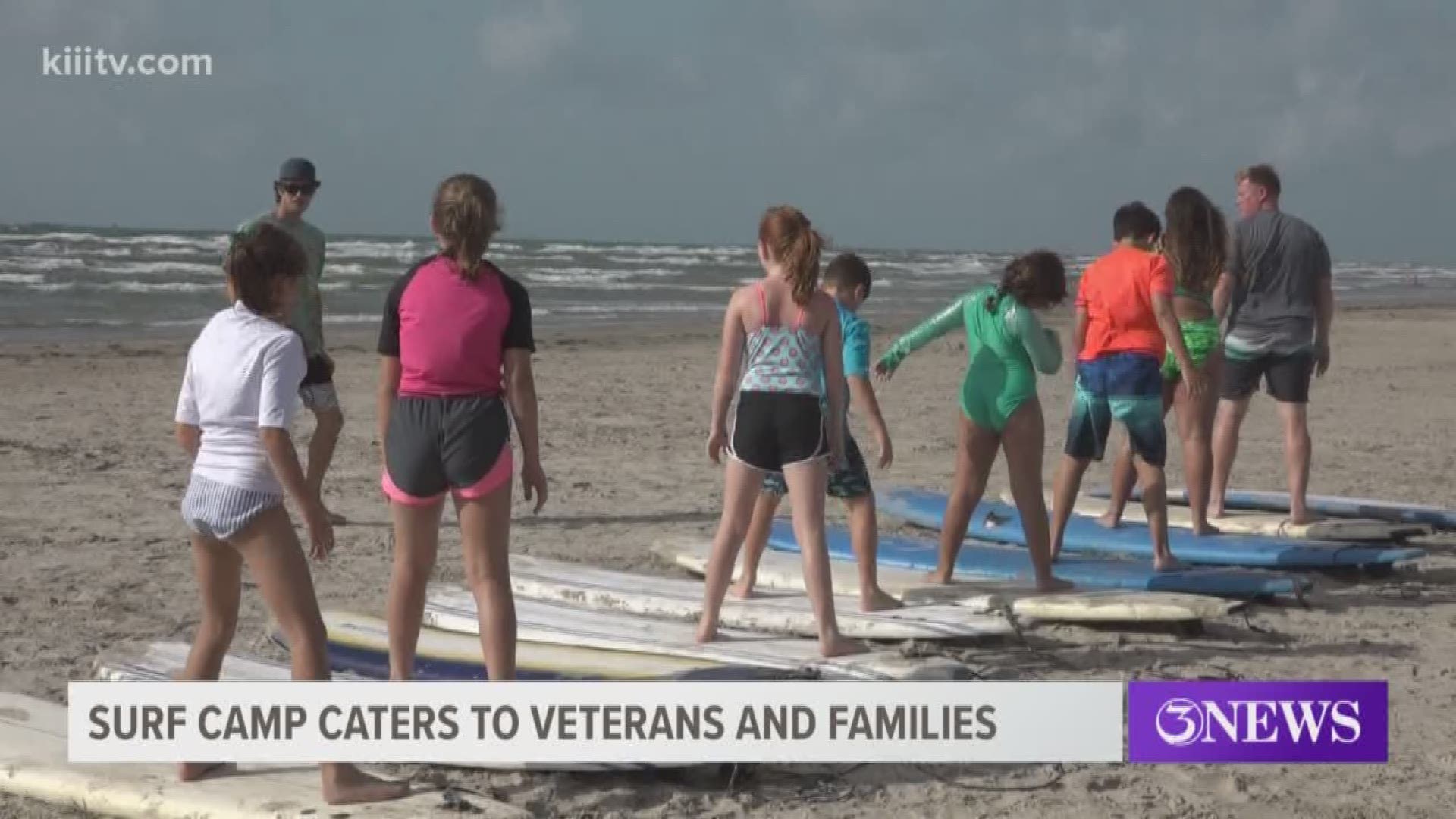 PORT ARANSAS, Texas — The USO of South Texas helped children make a big splash in the Coastal Bend on Saturday.

Texas Surf Camp hosted the Patriot Youth Surf Camp, for children in military families. On Saturday, the third session was held on the beach in Port Aransas.

"It's just a way to show our military members how much we appreciate them; military members and their families go through a lot, they move a lot," USO South Texas Executive Director Sarah Banta said.

The ten spots were filled by eager children who were taught by two instructors. Banta said it also doubled as a way for the kids to strengthen their water skills.

"It's also about water safety and just getting to understand how to work in the ocean," she said.

Michael Saddler, with the US Marine Corps and NAS Corpus Christi said events like this are important for military families.

"It's very important, Navy and Military kids grow up around the water most bases are on the water so it's a practical skill," he said.

Saddler said it's also helpful for children to be around others who they can relate to when it comes to being a part of a military family.

"It just enhances those ties that we have with our local community because as military families we move around a lot, we're really transient in nature, so to have community support is really important to make us feel at home," Saddler said.

There is one more session for the Patriot Youth Surf Camp. To learn more, email the USO South Texas at info@usosouthtexas.org.