Every driver’s license in every state in America is supposed to have the verification by October 2020. 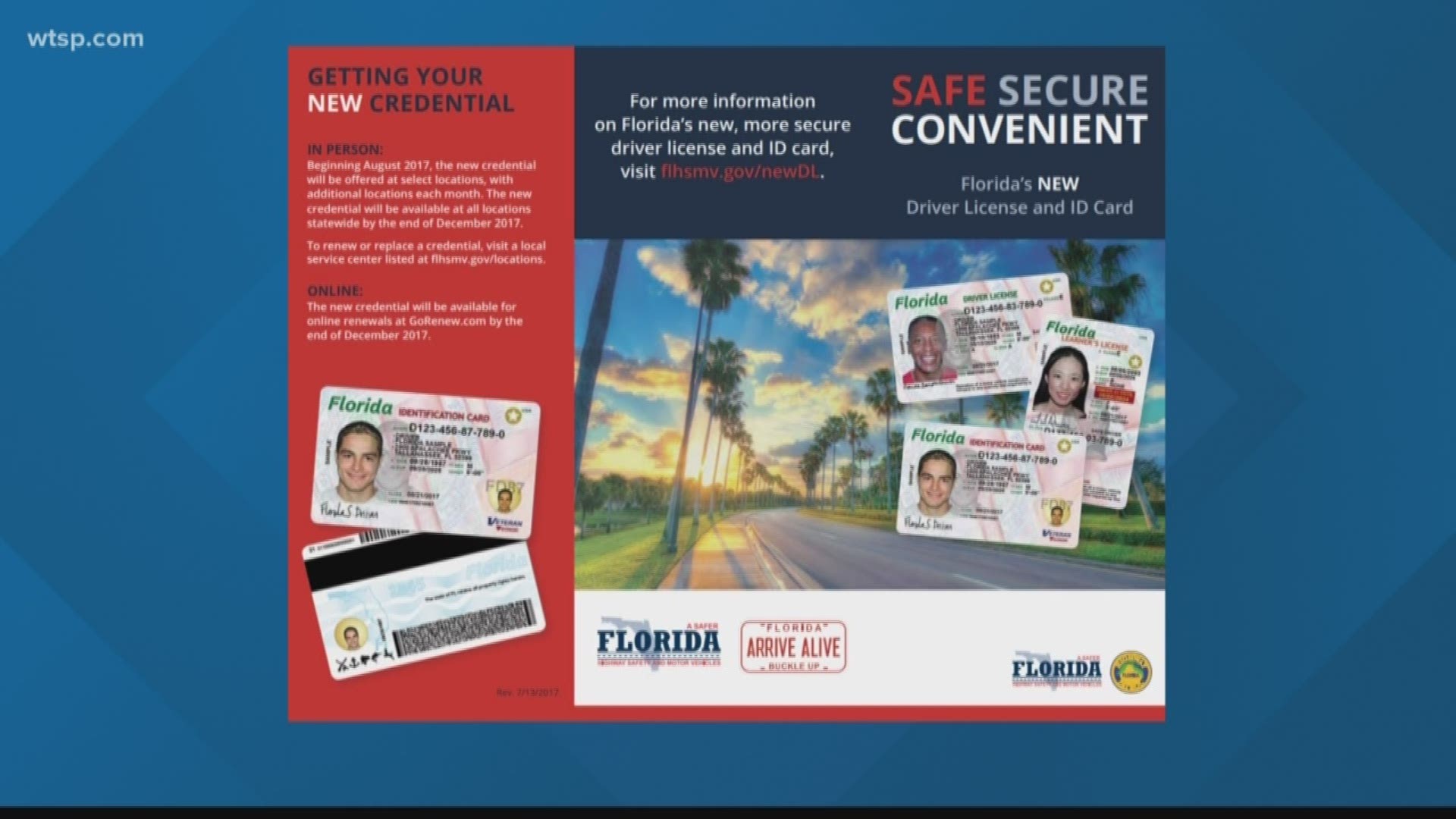 TAMPA, Fla. — Is your driver’s license “Real ID” compliant? The way you can tell is if you see a gold star in the upper right-hand corner.

Every driver’s license in every state in America is supposed to have the verification by October 2020.

Florida is actually ahead of the game when it comes to compliance, but that didn’t stop the state from using social media recently to call out some counties that could still use some improvement.

Fasano said Florida is ahead of the game. More than 90-percent of the state’s drivers are already Real ID compliant.

In part, that’s because Florida started making the transition in 2008. So, most people’s driver's licenses have already come up for renewal.

“I would hope that other states will start following, because October 2020 is going to be here before you know it,” said Fasano.

Fasano said the biggest problem his office sees when people come to renew their license is not bringing the right documents with them.

To obtain the “Real ID,” drivers will need a passport or military ID. Without that, they'll need a combination of a Social Security card, birth certificate or tax documents to confirm their identity. And, for married women, a marriage certificate is required to verify their name change.

“You’re going to have to supply two documents showing the address that you’re living at,” Fasano said. “So, it’s important to start gathering these documents.”

“It might be a burden, but for me anyway, I would rather do the work and then know that my security is safe,” said Stephanie Kern, who was using her Real ID license to get through security at Tampa International Airport.

With just over a year to go before everyone needs to be Real ID compliant, the Florida Department of Highway Safety and Motor Vehicles got cute on social media by Twitter shaming or digitally dissing some Florida counties that still have further to go when it comes to getting drivers registered.

Fasano said while that encouragement is a good thing, the state probably isn’t the one who should be casting stones. That’s because, until recently, the state was still renewing drivers licenses online - without the gold star.

“And they were giving those people a seven-year license that goes beyond next October of 2020. And therefore, those people are now going to have to come back to the tax collector’s office and renew their driver’s license,” Fasano said.

They’ll also have to pay again, said Fasano, which will likely make some wait as long as they can to renew.