Financing the new City Hall is part of a $20M Certificate of Obligation Bond project that is also going to pay for street utility and drainage improvements. 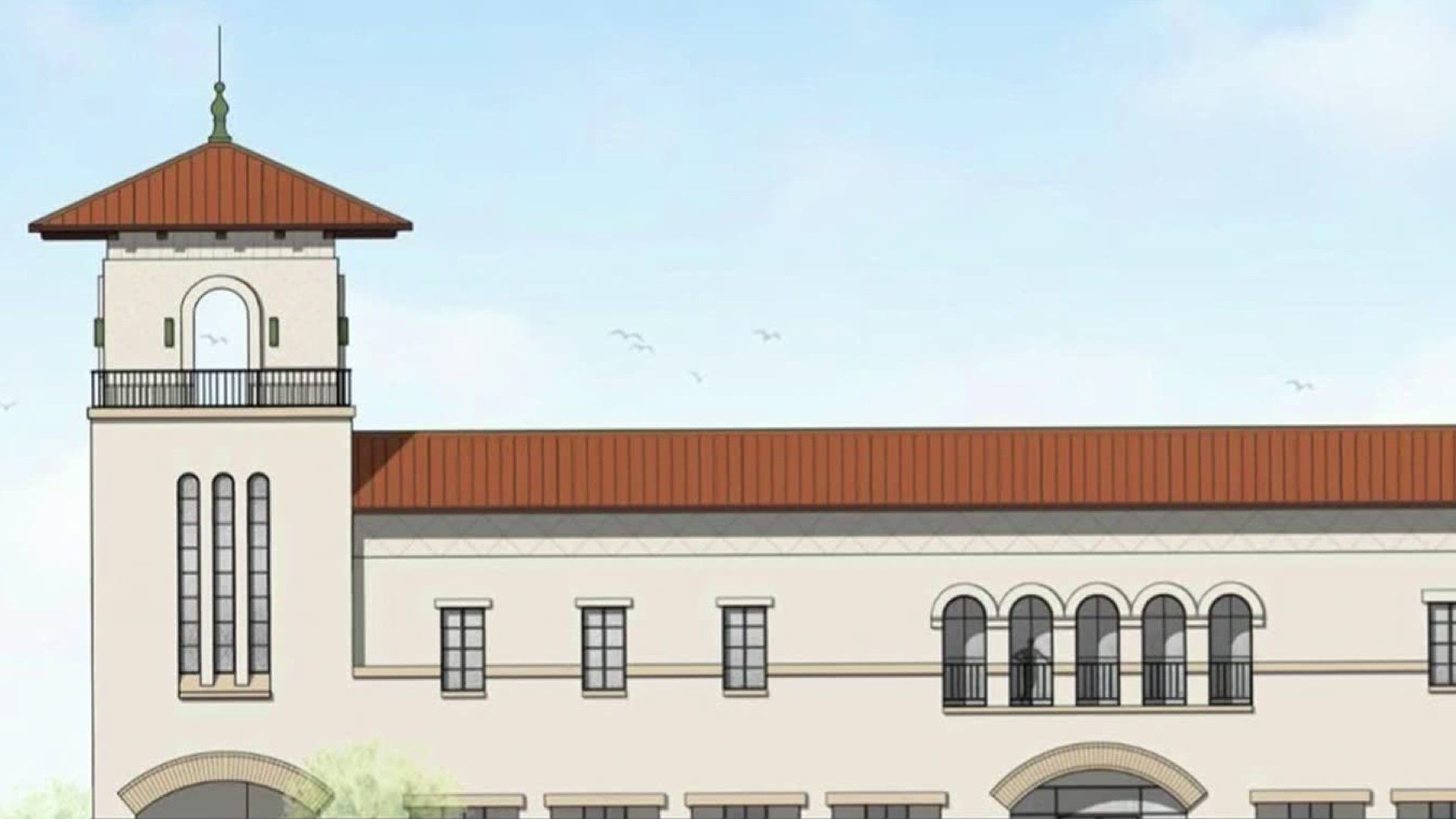 ROCKPORT, Texas — It's been nearly three years since Hurricane Harvey destroyed the Aransas County Courthouse and Rockport’s City Hall. The city has now released details for those new buildings.

Rockport's City Manager Kevin Carruth and Mayor Patrick Rios spoke with 3News during a Zoom interview about the $13M City Hall project. Here's what the new two-story City Hall is going to look like according to an artist rendering.

The two-story structure will sit between Magnolia and Live Oak Streets. That location is next door to the Aransas County Jail. Across the breezeway from the City Hall will be a new Aransas County Courthouse.

Details on the County's plans are still in the works. City leaders said they expect to break ground in Summer 2021.

"Right now, we have City Council approval, we've got a mechanism in place for the financing and we can move forward, and we will have finished drawings its engineered by this fall,” Mayor Rios said.

Financing of the new City Hall is part of a $20M Certificate of Obligation Bond project that is also going to pay for street utility and drainage improvements on Austin, Linden and Concho Streets. The city said on average, residents will pay between $2.10 to $2.84 next year in additional taxes to fund the bond project.

City officials tell us they believe that by the Summer of 2022, the new City Hall will be open for business. They expect the County Courthouse to be ready by December of 2022.