Ronald Haskell was sentenced to death for the murders of his ex-wife’s sister, her husband and their four young kids in 2014 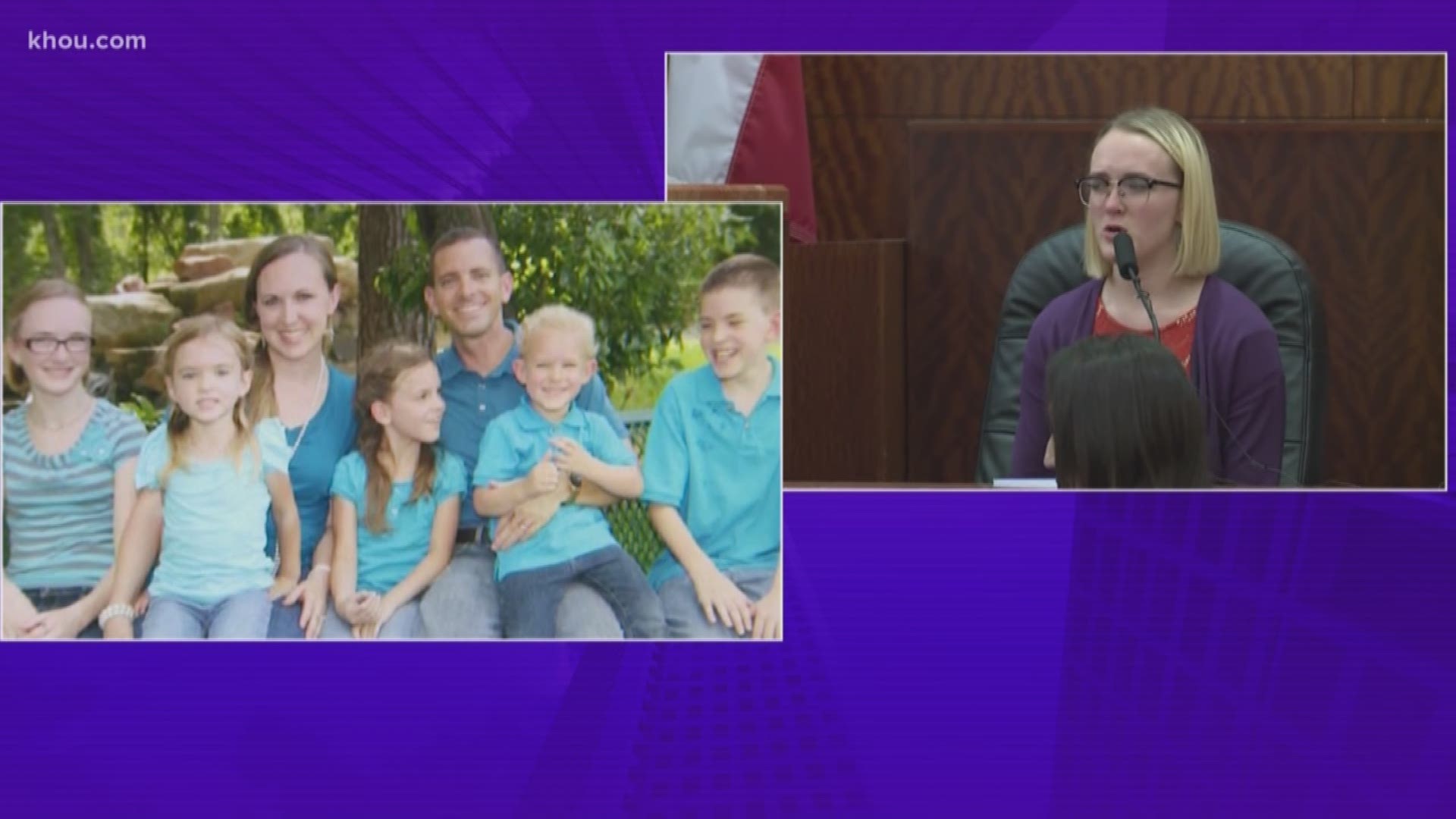 HOUSTON — Ronald Haskell was sentenced to death Friday in the mass killing of his ex-wife's sister, her husband and their four young children. He killed them execution-style in Spring in 2014.

After the judge read the jury's verdict in the sentencing phase of the trial, Cassidy Stay read a statement to Haskell. Cassidy is the only survivor of that massacre. She was wounded, but pretended to be dead to save her life.

“The jury decided that you are going to die by lethal injection, and I respect that decision,” Cassidy Stay told Haskell during the witness impact statement. “Do I think the punishment fits the crime?  No.  I hope that when you die, you get the punishment you deserve from God. Only God can help you now.”

You can see her full victim impact statement below.

“The death penalty is only for the worst of the worst. Haskell meticulously planned and carried out the slaughter of the Stay family and the death sentence handed down by a jury of his peers is appropriate.”

Haskell's case will be appealed by the Texas Court of Criminal Appeals.

Details of the murder case

Court records show Haskell planned the murder spree because his in-laws had encouraged his wife to leave him. On July 9, 2014, he drove from Utah to Texas, broke into Katie and Stephen Stay's home and held the couple and their five children at gunpoint.

Katie Stay was shot in the face as she tried to stop Haskell. The rest were tied up and shot execution-style. Cassidy Stay suffered a bullet fracture to her head.  She played dead until Haskell left.

It was Cassidy who alerted authorities that the gunman was on his way to her grandparents' home to kill more relatives.

Deputies arrested Haskell outside the home of his wife's parents. They weren't harmed.

Cassidy was only 15 when her world was forever changed by the enraged relative hell-bent on revenge.

During the trial, Cassidy took the stand to testify against Haskell.

"It's not a coincidence he picked July 9, 2014 to go to the Stays' house," said prosecutor Samantha Knecht. "It's one year to the day and time he was served with a protective order. That's when the revenge in his heart began to grow."

When Cassidy recognized Haskell, she knew they were in danger.

Cassidy said she tried to talk her uncle out of harming the family.