Coastal Bend women rocking the vote: "You need to take advantage of that choice because for so many years, women didn't have that choice."

"You have the choice and you need to take advantage of that choice because for so many years, women didn't have that choice." 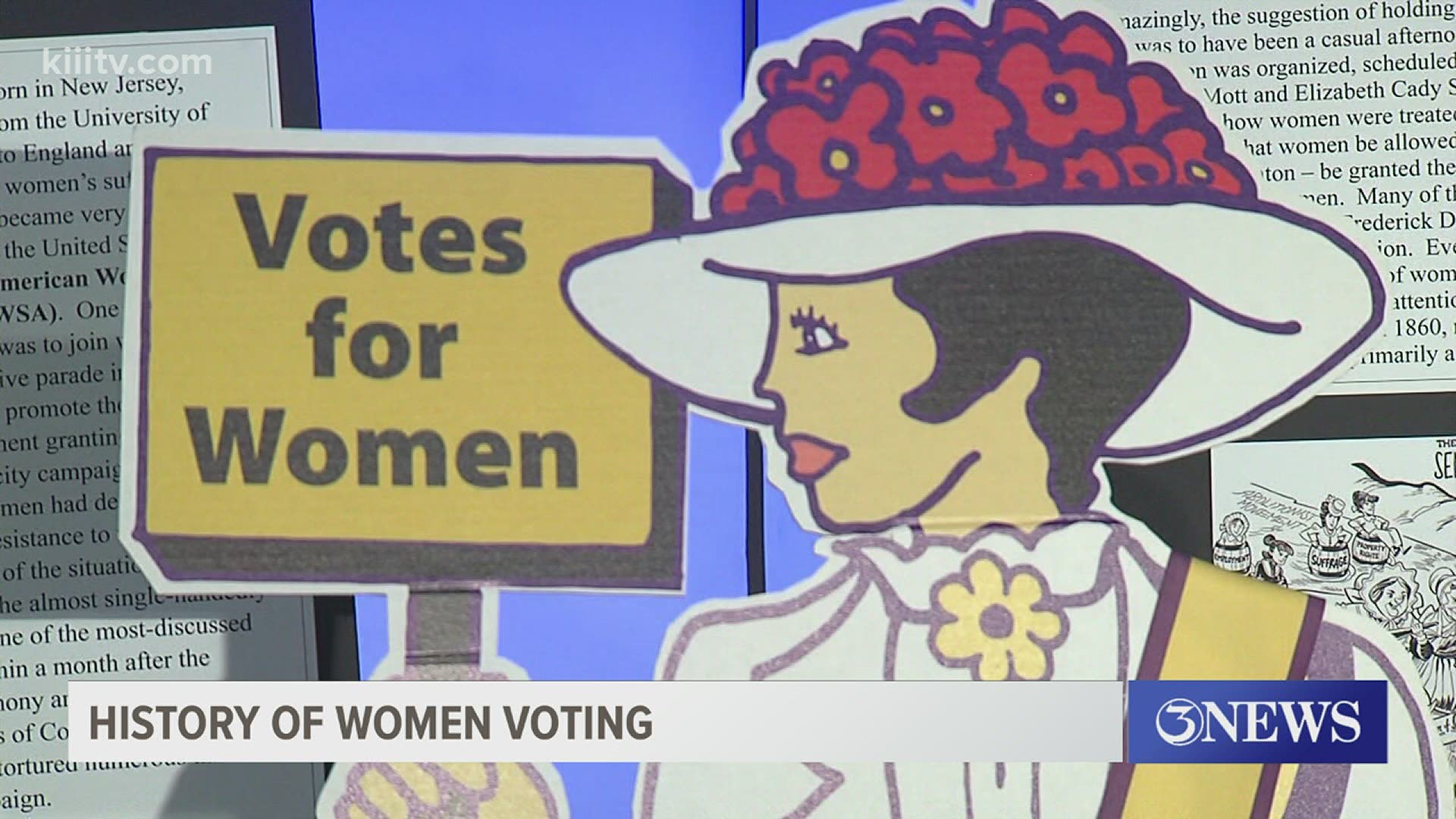 CORPUS CHRISTI, Texas — Groups across the country continue to form as apart of encouraging people to vote. An organization in San Patricio County has been around since the 1990's working towards that goal.

In 1920, the 19th amendment was officially passed, giving all American women the right to vote. The decision came after 72 years of women protesting, going on hunger strikes and enduring beatings after being arrested for illegally voting.

However, that ruling didn't really allow for all women to vote; discriminatory laws still existed. In 1962, voting rights were extended to Native Americans, four decades after the 19th Amendment.

In 1965, the Voting Rights Act was passed allowing all citizens the right to vote under the 14th and 15th amendments.

"This is what got started and here we are now," said Diane Matallanes, the vice president of the San Patricio County Republican Women group.

In 2020 women like Matallanes are able to join groups and empower others.

"You have the choice and you need to take advantage of that choice because for so many years, women didn't have that choice," said Matallanes

In 2016, women voted more than men by nearly five percent according to the U.S. Census Bureau.

"We do see women voting and making sure of their right to vote. It doesn't translate yet into proper representation," said Sanne Rijkhoff, an assistant professor of political science at Texas A&M University-Corpus Christi. "Women make up about 50 percent or even more of the population and we do not see that translated into representation in our political offices."

Until then, however, Rijkhoff and other women's voter groups hope to continue to spread awareness of women's voter history and encourage others to exercise their right to vote.

"Remind people indeed that we shouldn't take things for granted because they weren't always like how they are today," said Rijkhoff.