Law enforcement patrolling schools in Sinton out of abundance of caution after threat posted to social media. 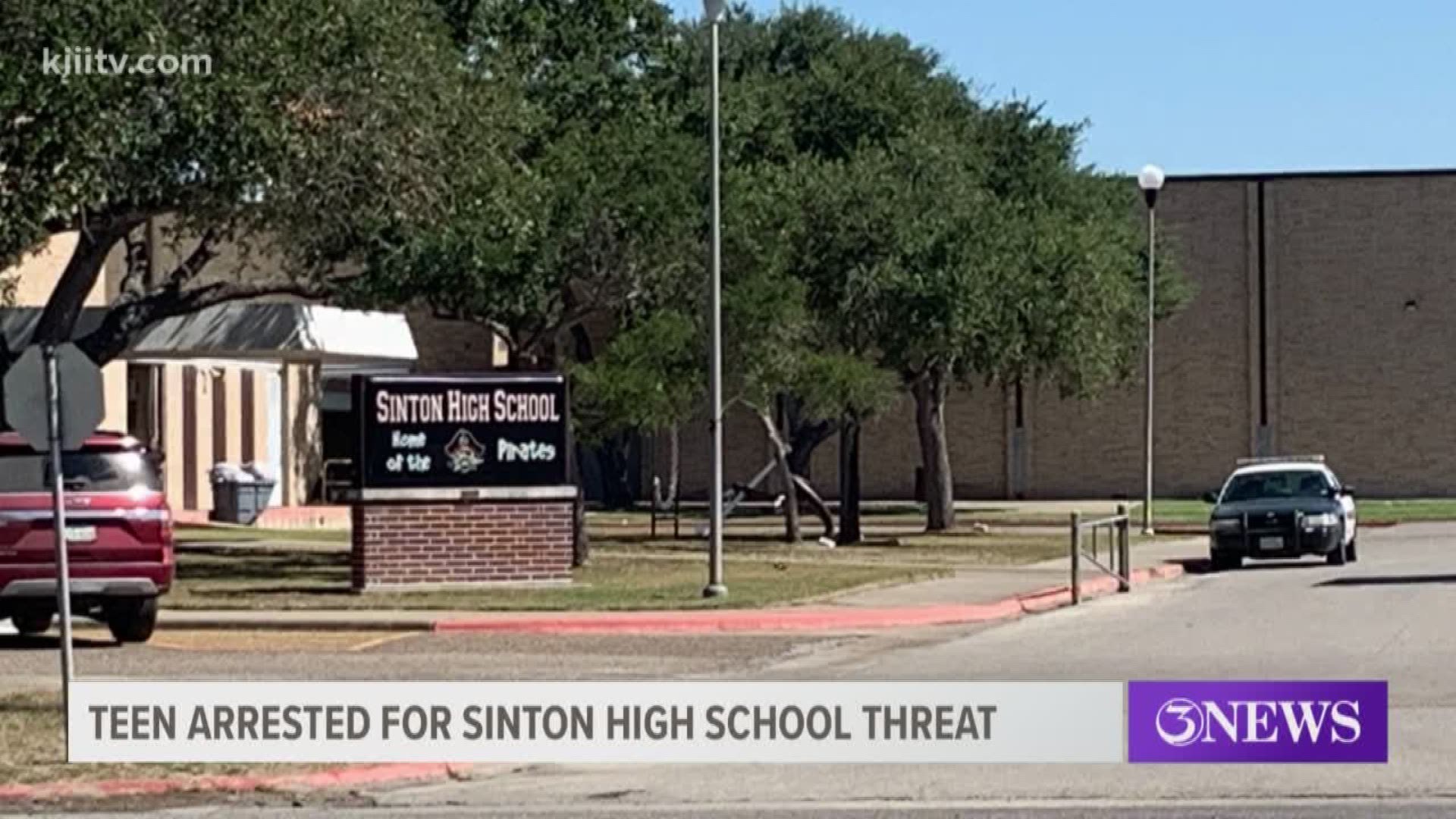 The Sinton Police Department said the teen was arrested at the school campus early in the morning. The threat was posted Monday night and then deleted, but someone took a screenshot of it and reported it to authorities.

San Patricio County Sheriff Oscar Rivera said deputies were placed outside of the high school campus Tuesday morning out of an abundance of caution.