The bar owner says Brandon Olguin, 21, was protecting the bar when he shot at the suspect. Olguin leaves behind a wife and son. 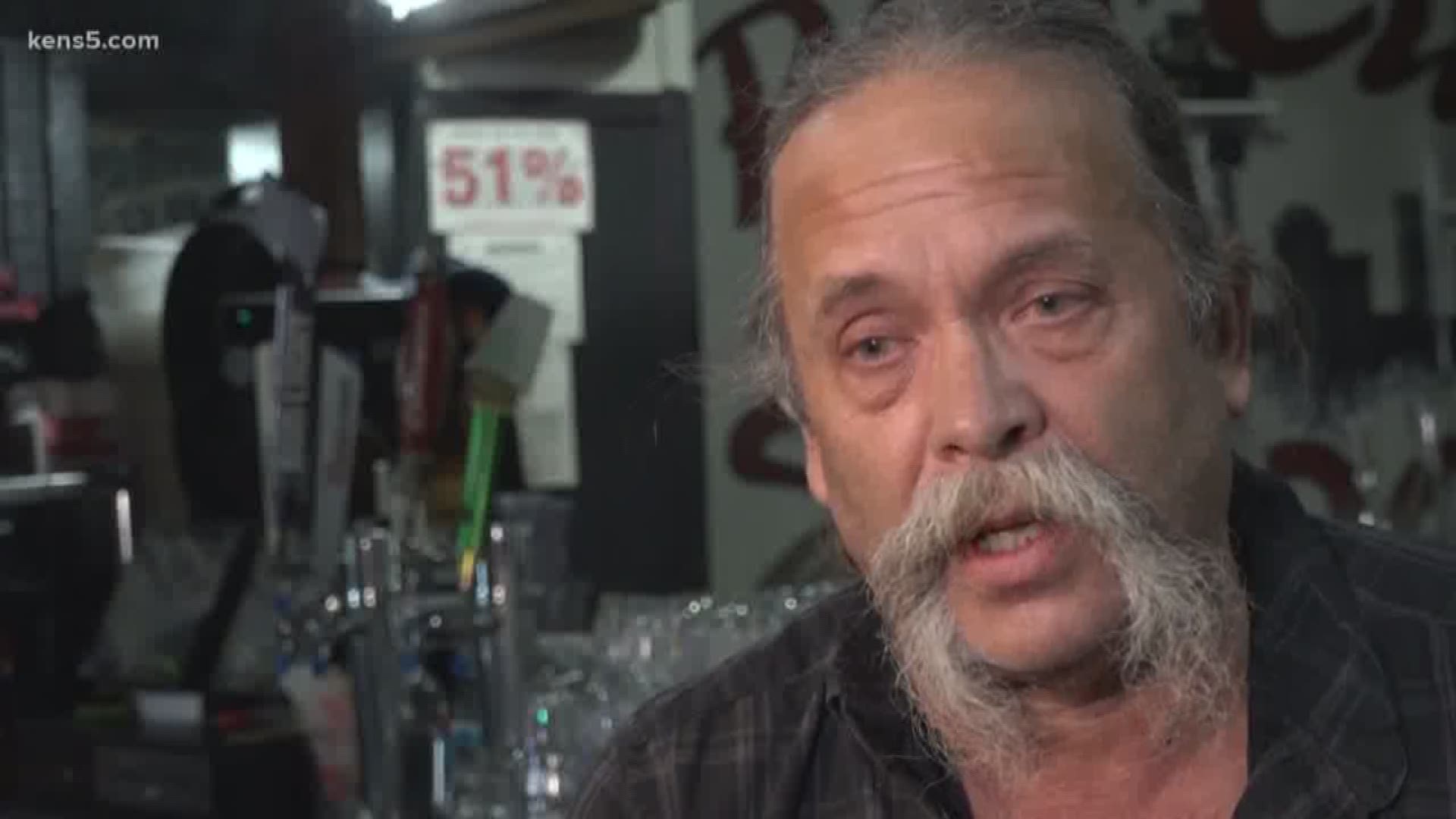 SAN ANTONIO — A bar owner is mourning the loss of his security guard after he was shot right in front of him.

The shooting outside River City Saloon on SW Military Drive left two people dead and a third in critical condition.

Brandon Olguin, 21, was working security outside the bar when police say he intervened in an argument and a 26-year-old suspect pulled a gun. Officials say both exchanged fire, and both died. A 37-year-old Latin man was also struck and taken to the hospital in critical condition. He is listed as a suspect until police can clear him.

De La Paz teared up as he reflected on the moment he saw Olguin collapse from a gunshot.

"It was a belly wound, I thought he would be OK," De La Paz said.

He says an hour after Olguin was taken to the hospital, he learned he had died.

De La Paz says Olguin was a father and a husband.

"He is just a good guy—always smiling, always happy," he said. “He didn't deserve what happened."

According to the Texas Alcohol Beverage, De La Paz took over the bar at the end of 2018.

"Three years ago, it had a bad name, it had a lot of violence,” De La Paz said. “We renovated it. We changed it, brought in security."

KENS 5 requested police service calls to the bar and found that, from January through the end of August, officers responded to five assaults, four fights, five instances of shots fired and a shooting-in-progress.

De La Paz says his employees are like family and they have been working hard to turn the bar around. He says Olguin worked at the bar for seven months, adding that he will be missed.

In 2016, Pauline Elizondo was hit and killed in the bar's parking lot. At the time, the bar was known as 'Wild Rhino.”

Pictures of Olguin were provided by family and friends.