Hours before a party celebrating the new Selena mural in the Molina neighborhood, the Tejano queens' family threatened to file a lawsuit against event organizer. 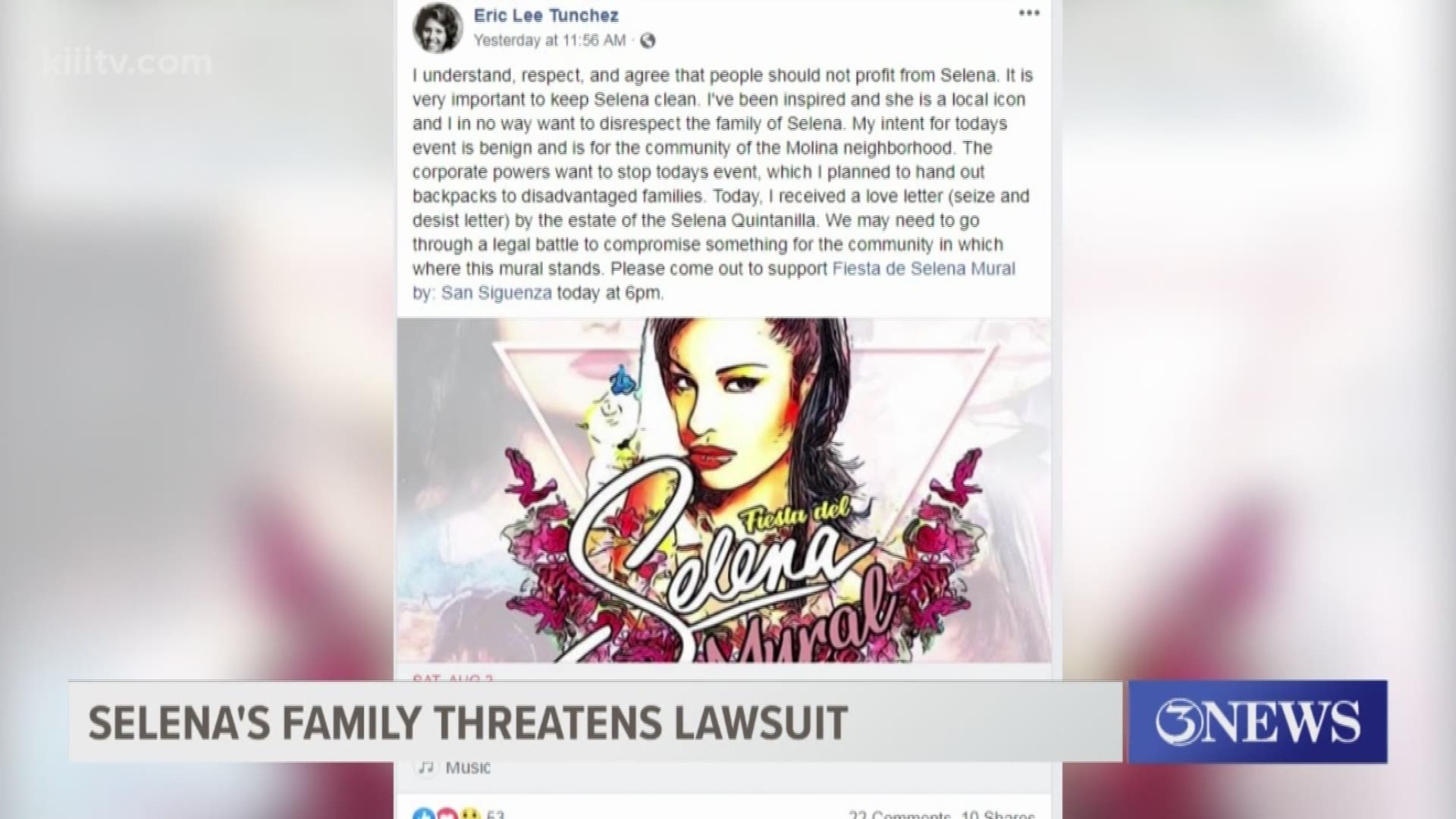 CORPUS CHRISTI, Texas — Eric Tunchez in charge of Saturday's party received a cease and desist letter from the Quintanilla family alleging he was illegally using Selena's image for profit.

In an exclusive interview to 3News, the family said they gave permission to Tunchez to do the mural as long as he respected their wishes.

The family said Tunchez asked them for permission to come up with funding for the mural, however, a year and a half later he was unable to.

He returned to the Quintanilla family asking for help, which they agreed to.

Suzette Quintanilla, Selena's sister, said, "I just want people to know that we're the ones who paid for the mural personally the Quintanilla family, not this foundation, we did we paid for it, and we didn't give it to Mr. Tunchez to do whatever he chose to do, we gave it back to neighborhood."

The family paid for the entire mural.

They add that instead of respecting a press release about the unveiling of the mural Tunchez posted about it on his facebook page.

The letter filed specifically states no profiting or promoting of the mural.

Quintanilla, said, "We have protected Selena's legacy for the past 24 years, we take pride in making sure it is ran a certain way and we're not associated with Mr. Tunchez, we're not, and we want to make that very clear. If we allow this then I don't know what he's going to be doing in the future and we're just trying to protect Selena's legacy."

3News caught up with Eric Tunchez at Saturday's event to get his response to the letter.

"Now that the mural is here and they paid for it the Quintanilla family feels that I'm taking credit for what they did, and that is not the issue we're just trying to promote education and to live up to Selena's legacy in doing the community a service. I understand and I respect the family on their wishes, but this is just a community event, there is no profit, I want to say that once again there is no profit being made off of Selena's name."

Stay with 3news as this story develops.