The 'Sneeze Guards' will be an added safeguard to protect students against the coronavirus. 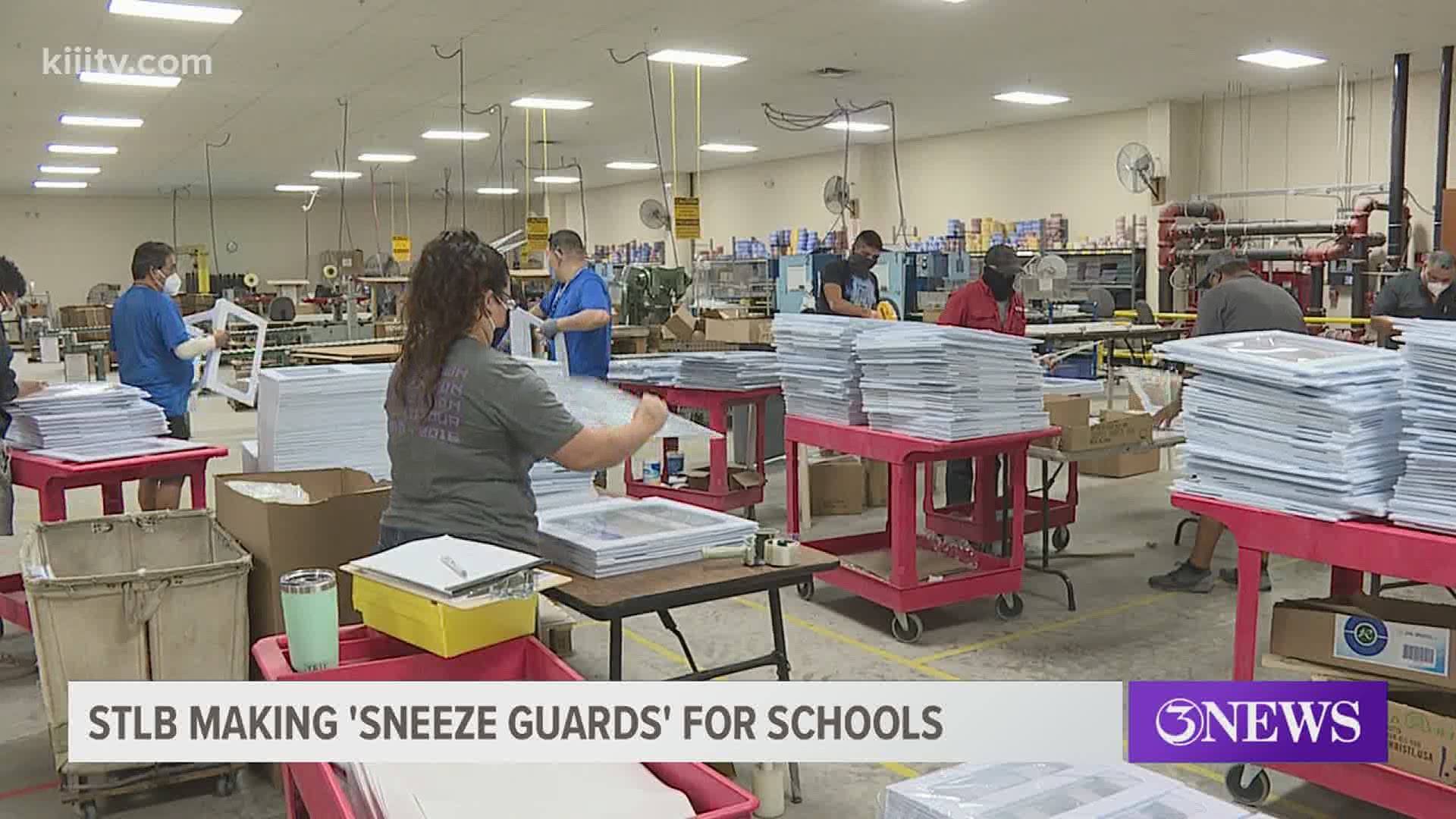 CORPUS CHRISTI, Texas — As more CCISD students return Monday, there will be an added safeguard to protect them against the coronavirus.

Earlier this week, school board members agreed to spend $250-thousand dollars to purchase sneeze guards that will go around student desks.

Turns out, some 20-thousand partitions are being made right here in South Texas.

The demand is a tall order that is being met by employees at South Texas Lighthouse for the Blind and their deadline to complete the sneeze guards is fast approaching.

"We started making these about a week ago. We have visually impaired employees who are working on these every day," said Alana Manrow with South Texas Lighthouse for the Blind.

Manrow told 3News they not only have workers here at their Corpus Christi facility on Agnes Street who are making hundreds of these partitions a day, but they've also opened up production at their Victoria plant in order to keep up with the demand from area schools.

The South Texas Lighthouse for the Blind is the largest employer of visually impaired workers in the area. Manrow said during a time when production on some of their other products is down, this project is allowing them to shift workers and keep people employed.

"70 percent of people who are blind or visually impaired are unemployed. It's not that we want to be, but it's that people don't make the accommodations," said Manrow.

You might recall the employer has also helped by selling hard to find toilet paper back in March. They also manufactured masks.

Manrow said it's just part of their mission to empower the visually impaired and help the community at the same time.