A lot has been done since Corpus Christi residents were last told to boil their water. 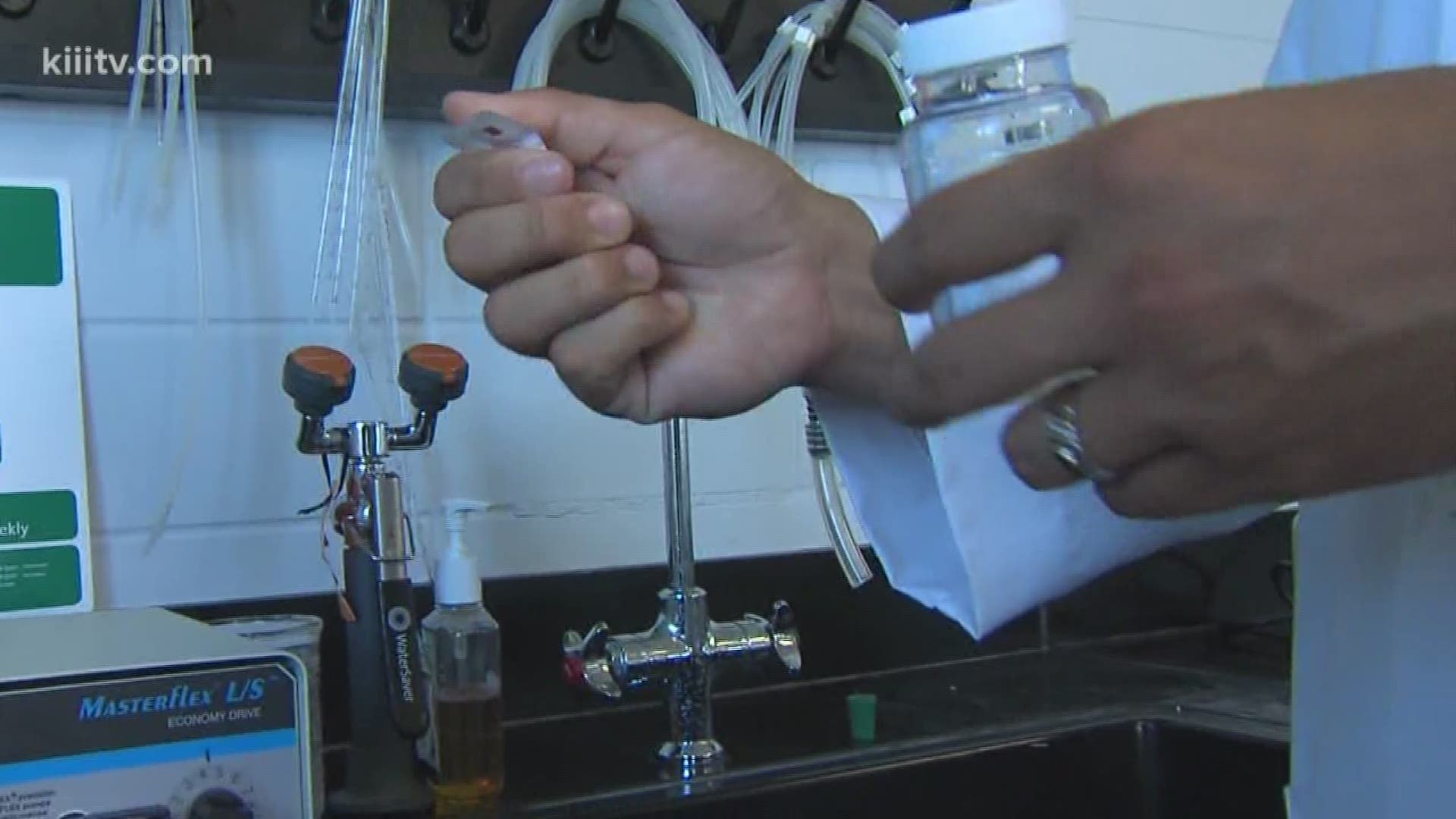 CORPUS CHRISTI, Texas — It has been two years since the City of Corpus Christi has had any major water problems.

Many Corpus Christi residents will recall the 17-month period starting in 2015 that was plagued with water boils and, at one point, an outright ban on using water from the tap.

Water boils were put in effect in July and September of 2015, and then again in May of 2016. The last incident involved reports of chemicals being allowed into the system because of a faulty backflow preventer, and resulted in the water ban. After just 48 hours, officials determined there was no such contamination.

The incident prompted City leaders to charge the Water Department with bringing all systems up to state compliance.

"Made some improvements at the water treatment plant," said Gabe Ramirez, Assistant Director of Water Quality & Treatment for the City of Corpus Christi. "Another thing is the cycling of the elevated storage tanks that are in the distribution system."

Ramirez said they also eliminated more than 100 dead-end water mains since the beginning of 2017.

"We had a 25-percent vacancy rate back in 2016 in the utilities department. Now we're down to seven-percent," Ramirez said. "So we've made some great improvements in filling a lot of these positions, and with more people you can get a lot more work done more efficiently."

Still, the political firestorm that ensued was intense. Many attributed the water issues to then Mayor Nelda Martinez, who failed to get reelected and was defeated at the polls by Dan McQueen.

McQueen then resigned the mayor's seat after just 37 days in office.

Joe McComb, who won a special election months later and is currently the mayor of Corpus Christi, promised to make sure the water problems were fixed.

"I think the quality of the water, we've been rated as a superior water supply by the state, and that was one of our goals the first term," McComb said. "And we've achieved that, and we got people in place. We've got processes in place so that we don't have to deal with water boils."

Now, according to Ramirez, Corpus Christi is the city that other Texas cities come to when they are trying to solve their own water problems.

The City of Corpus Christi also received a special fluoridation award from the Centers for Disease Control, and the annual Consumer Confidence Report has been without complaints for the past two years.

However, a new problem cropped up in 2018 regarding residents' water bills.

Just months ago, Corpus Christi residents went to City Hall demanding answers after seeing a spike in their water bills. The City said that since then the billing issues have been corrected, and residents can expect accurate water bills; but some residents are still dealing with a lack of trust for the City's billing system.

"They're our customers, so we're suppose to provide the best service possible," said Peter Collins, acting Chief Information Officer for the City of Corpus Christi.

Collins came on board in October of 2018 to offer a solution after many residents were left in disbelief over their high utility bills.

"There was a number of things going on at the time that contribute to the shock, that 'my bill has increased,'" Collins said.

Collins helped identify the problem, which he said began with a lack of maintenance.

"We're able to repeat the proper steps in order to ensure that we have accurate and timely bills," Collins said.

From the processes to rate changes, everything was tested so that when residents open their utility bill, there are no surprises.

"You see the results of it because it's brought stability to the system," Collins said.

Starting this past September, Corpus Christi's city council instructed staff to provide updates on clearing the requirement hurdles to begin work on a water desalination plant. The most recent updated delivered to council happened Jan. 22 and indicated that permitting requirements were being satisfied with the state so that if the City decides to build such a plant, they could begin without delay.

Steve Ramos, Water Resource Manager for the City of Corpus Christi, has been in charge of the research and permitting work for a desalination plant project. In an interview with 3News he described some of the challenges ahead for the City in the event the plant is built.

As of now, five sites have been determined to qualify as the location, and once the list is narrowed it will be presented to city council in the next update, which is slated for May.

The following document details the steps City planners have taken so far in the event the decision is made to build the plant, and the area being considered for the location of such a plant.

In considering the building of a desalination plant, the City of Corpus Christi provided a report on how such a plant could help the city through serious droughts since the process does not depend on rainfall to produce drinking water. You can check out that report here: