At the Texas-Mexico border, foot chases are as common as mothers hoping to help their young children

The U.S. Border Patrol takes us along to show what happens on the Texas-Mexico border. 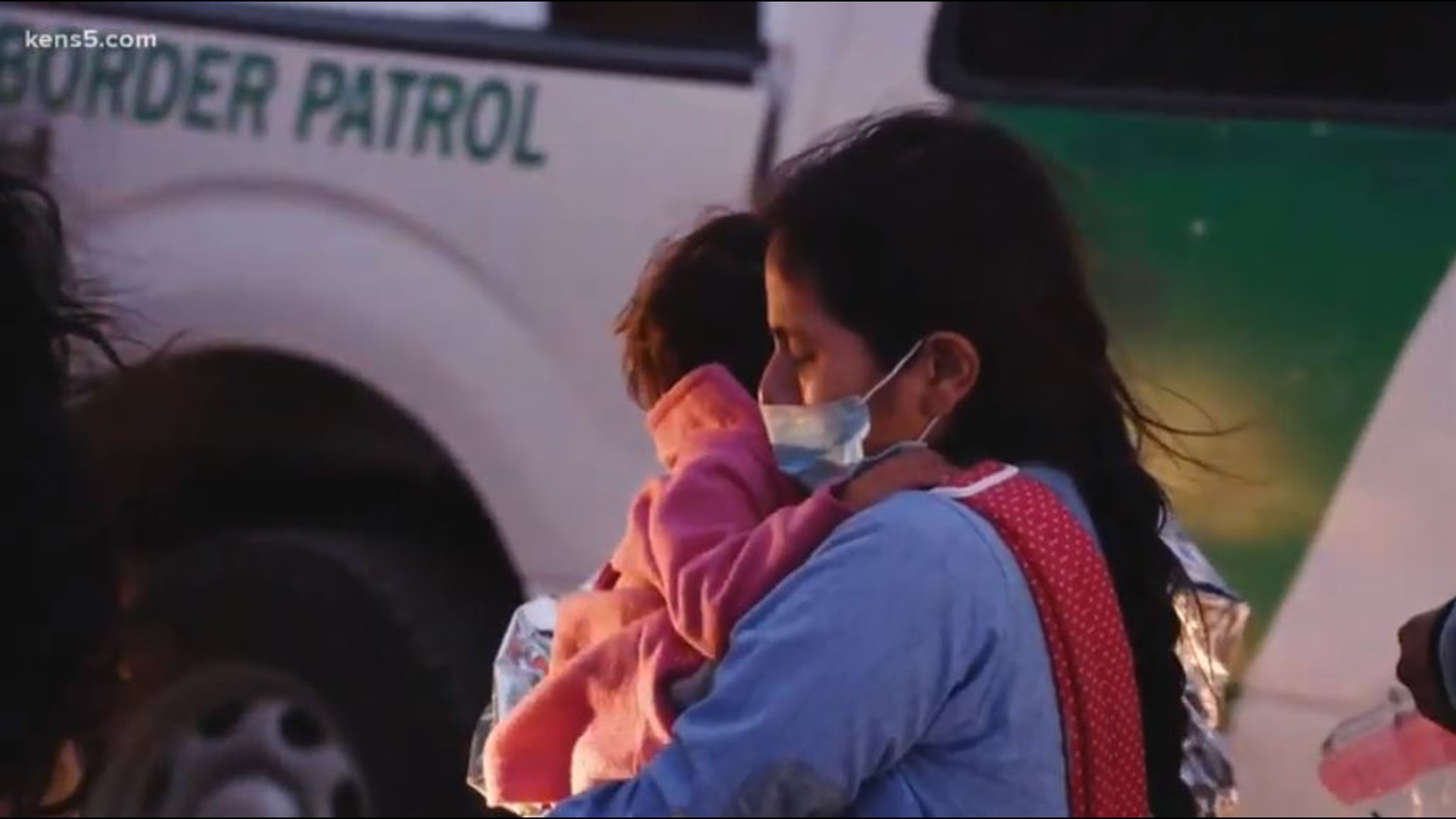 HIDALGO, Texas — The movement of people – migration – is constant in the Rio Grande Valley, along the Texas-Mexico border.

“It is a daily occurrence,” said Border Patrol Agent Jesse Moreno, with Rio Grande Valley Communications. “We were running into family members that are turning themselves in.”

When you talk to people, the reasons for crossing the border are similar, no matter if they’re from Nicaragua, El Salvador, Guatemala or most any other country.

“I came fleeing hoping to God that I’ll get an opportunity here,” Flora from Guatemala told KENS 5. “We want better things for our children, you know.”

Flora talked to KENS 5 while standing under a makeshift awning right by one of the sections of the border wall. The 29-year-old appeared to have just turned herself in. She was in a group of several people, including other mothers with small children, kids who appeared to be younger than her 6-year-old boy, who was sleeping on the wooden plank.

It was just past 5 a.m., and the sun hasn’t come up yet. She told KENS 5 she’d been on the road to the United States for over a month.

“Everything that we experience on the way, risking our children, it wasn’t easy,” she said while crying.

“I came because I was threatened and extorted,” Flora told KENS5. “I came fleeing my country, they wanted to kill me. I hope they (grant) me and my son asylum.”

At this point in their journey, it’s difficult to tell if they’ll be expelled or get to stay.

“Without running the information and without talking to them thoroughly, it is hard for me to say out here in the field of how they're going to be processed,” Moreno said. “They'll go to a facility where agents will talk to them more in-depth and then be able to determine that.”

KENS 5 has been showing you what’s happening on the Texas-Mexico border from pretty much everyone’s vantage point—except the U.S. Border Patrol’s.

That’s because, until recently, the agency hasn’t been taking journalists out into the field with them during this current wave of migration.

There are people, like Flora, who seek out Border Patrol. And there are those who don’t.

While following Agent Moreno and his partner, the KENS 5 team heard someone call out from the brush. We first drove past the voice, but turned around and came back. At that point a man took off running.

Agent Moreno apprehended him after a short chase.

“He said that he wanted to turn himself in, that he was lost, but then he changed his mind,” Agent Moreno described. “It's not a very believable story, seeing how the river is right there.”

“It's possible that he's a guide that he's trying to divert our traffic or agents responding to his location,” Moreno added. “We're going to go after the rest of the group and see if we could catch more here, these pellets.”

After searching the area with a help of a chopper and a K-9, Border Patrol didn’t find anyone else. But that was only in this one location where we were filming.

We drove around to other spots along the Rio Grande and the border wall, where there were several other apprehensions, including Border Patrol detaining people who ran from agents.

The movement of people, the migration, is constant.

The only thing in flux is how many people on any given day will show up and cross the United States border.

U.S. Customs and Border Protections said the numbers of people they’ve been seeing on the border have been rising since April of 2020. In a press release, CBP said violence, natural disasters, food insecurity and poverty in Mexico and the Northern Triangle countries of Central American drive people to come.

“In March 2021, CBP encountered more than 172,000 persons attempting entry along the Southwest border. This total represented a 71 percent increase over February 2021,” the agency press release said.

April numbers are expected to be released in early May.