Border Patrol agents saw a 250 percent increase in the number of apprehensions this year, compared to last year. 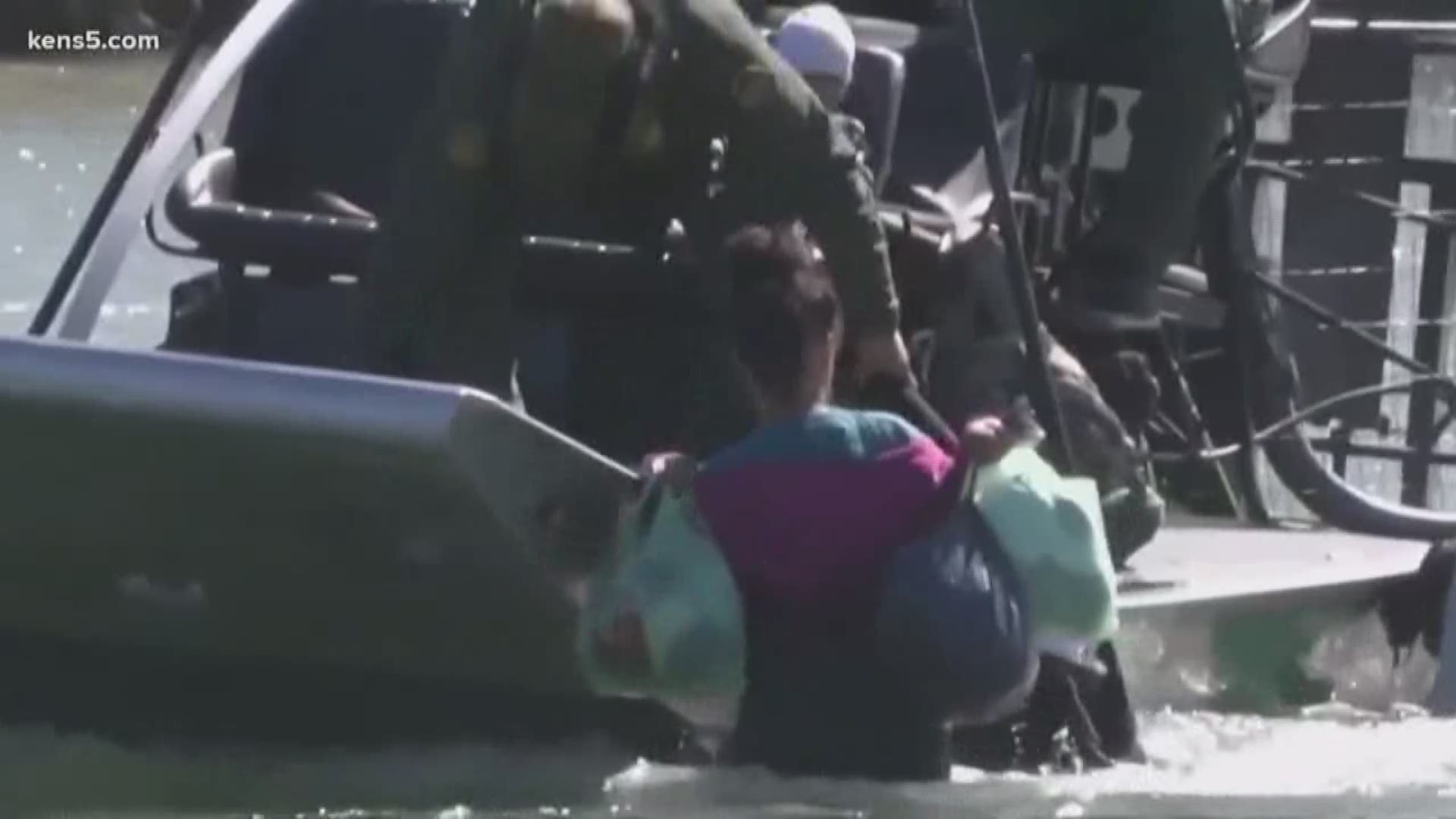 DEL RIO, Texas — Water rescues along the U.S.-Mexico Border are at an all-time high this year, especially in the Del Rio Sector, according to Border Patrol officials.

Ortiz said agents in the Del Rio Sector who patrol over 200 miles of the river, performed 351 river rescues in the last year, the highest number along the southwest border.

He said the smugglers have no regard for the migrants they are trying to get into the US.

“The smuggler will smuggle these unaccompanied children and family units between the ports of entry. In fact, the smuggler will not touch US soil,” said Ortiz. “They’ll place them on a makeshift raft, inner tube, or inflatable mattress, putting their lives at risk.”

Ortiz said Border Patrol Agents have arrested over 860,000 migrants in the last year. In the Del Rio Sector that number rose to 58,000 this year, a 250 percent increase from the previous year.

Officials said those numbers are steadily decreasing, due in part to the Migrant Protection Protocols, or Remain in Mexico Policy.

Through the MPP program, migrants seeking asylum will wait in Mexico until their immigration hearing in the US.

It’s a program that’s been widely criticized, most recently by Democratic presidential candidate, and former San Antonio Mayor, Julian Castro, who traveled to Matamoras earlier this month to visit the asylum camp.

Jodi Goodwin is an immigration attorney practicing in Harlingen and has counseled some of the asylum seekers in Matamoras. She said the migrants face many challenges throughout the process.

“Between the beginning of MPP here in the Rio Grande Valley, until now, there's been roughly more than ten thousand people that have been sent back through Matamoras, Mexico,” said Goodwin. “People are expected to be able to navigate very difficult asylum proceedings without having the ability to be able to access counsel.”

“Roughly half of the individuals had already reported having been kidnapped or extorted, assaulted or robbed,” she said.

Ortiz said the MPP program is allowing more agents to return to the front lines, protecting the border, instead of manning overcrowded processing centers.

“It takes them off their border security mission, off those front lines, and leaves us exposed to those threats and vulnerabilities that exist,” said Ortiz.

Agents are cracking down on those threats, like human smuggling organizations.

“Those are the folks that are trying to make some sort of monetary gain out of the exploitation of the migrants,” said Ortiz. “We’re finding them in the trunks of vehicles, in the backs of pickup trucks, and tractor-trailer loads.”

Right now, migrants apprehended in the Del Rio sector are transported to Nuevo Laredo or Matamoras.

“The migrant crisis is not over.  We continue to try and manage that to the best of our ability,” said Ortiz.