“The goal is to just reassess the situation,” officials told KENS 5 after reports a temporary shelter near the U.S.-Mexico border was shutting down. 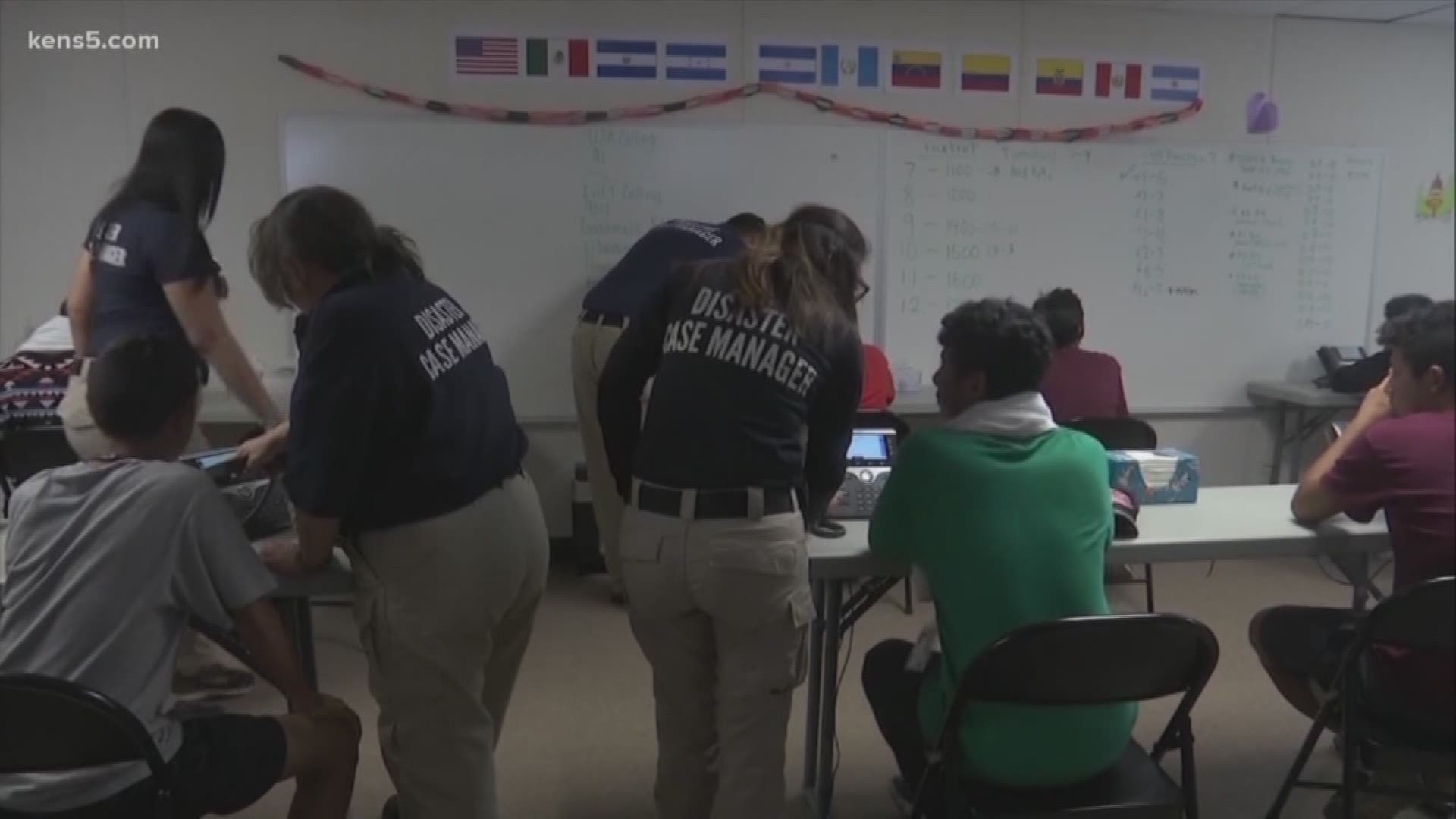 CARRIZO SPRINGS, Texas — The future of more than 60 migrant teenagers is uncertain following the announcement this week that the Carrizo Springs emergency shelter will close, just a few weeks after it was opened to help handle the spike in immigrant crossings on the southern border.

According to Health and Human Services (HHS), the Department of Homeland Security (DHS) referred more than 52,000 unaccompanied alien children (UAC) to the Office Of Refugee Resettlement (ORR) this fiscal year, a 60% increase from last fiscal year.

The Carrizo Springs emergency shelter opened June 30 and housed about 230 teens between 13 and 17 years old. Currently it’s home to 64 teens—44 boys and 22 girls. The HHS facility is run by BCFS, a non-profit.

"Most of the unaccompanied children who come to our facility are coming from different shelters," HHS Spokeswoman Monique Richards said.

She said the most common misconception of the shelter is that it is a detention center. Richards clarified that the detention centers are run by the Department of Homeland Security.

On Tuesday, BCFS CEO Kevin Dinnin announced that the temporary shelter was closing later this week, less than a month after opening. He said by Thursday teens would be on their way out of the shelter.

HHS has not confirmed the facility is closing to KENS 5.

“The goal is to just reassess the situation,” Richard said. “We want to make sure that we are good steward of taxpayer dollars, so any decision that is going to be made to close the facility will definitely be made and reevaluated."

An operations manager on site says if the facility closes, it will go into warning stage, which will allow BCFS to reopen within 24 hours.

Richards gave KENS 5 News a tour of the shelter.

"When they first come into our care there is an intake process, so we do evaluate their medical and mental health,” Richards said.

The boys and girls are housed in separate trailers and sectioned off into dorms.

KENS 5 was given access to the cafeteria, the girls' dorm, a classroom and case management officials. All the rooms appeared to be clean and in order. The walls of the girls' dorms were decorated with paper flowers and quotes in Spanish that read: "Dios esta con nosotros" (God is with us).

Richards says the teens are all supervised and have access to 24/7 emergency and mental health resources.

Each teen is assigned a case manager like Jose Rodriguez, who says they provide teens with two updates a week on their reunification process. Rodriguez added that case managers in San Antonio gather the documents needed to reunite the teens with family members or a sponsor.

"The caseworkers are working on their cases 24 hours a day, 7 days a week," he said.

Rodriguez said, on average, cases take about 10 days to be processed. Once the case is submitted and approved, a teen can be on a flight to reunite with their family, cost-free, within 48 hours.

He says some teens are held in shelters anywhere from a week to 30 days or more.

The shelter principal says, on average, teens have a reading level varying from second to fourth grade.

The facility is equipped with a medical center, emergency personnel, a fire department, a soccer and basketball court. Teens also have access to make calls twice a week to family members.

At this time it’s unclear how the remaining migrant teens at the shelter will be handled or where they will be transferred.

The United States Department of Health and Human Services' Administration for Children and Families sent the following statement in regards to the closing of the facility:

“Today the last group of unaccompanied alien children (UAC) will have been discharged to an appropriate sponsor or transferred from the Carrizo Springs temporary facility to other state-licensed programs in HHS’ network of care providers.

HHS will retain access to the Carrizo Springs site for temporary influx as HHS considers options regarding its future use. Per our normal policy, we will keep Congress, local officials, and stakeholders notified of decisions related to the site.

The program must continue to evaluate needs and capacity in order to care for the hundreds of UAC that cross the US border daily. While the UAC Program is designed to expand and contract to meet these needs, temporary facilities like Carrizo Springs have been critical during periods of influx as was done in 2012, 2014, 2016, and 2018.

HHS is mindful of the vulnerability of these children and is committed to providing for the safety and wellbeing of children in our care.”