Three protesters chanting outside a new emergency shelter in Carrizo Springs for unaccompanied teens were arrested. 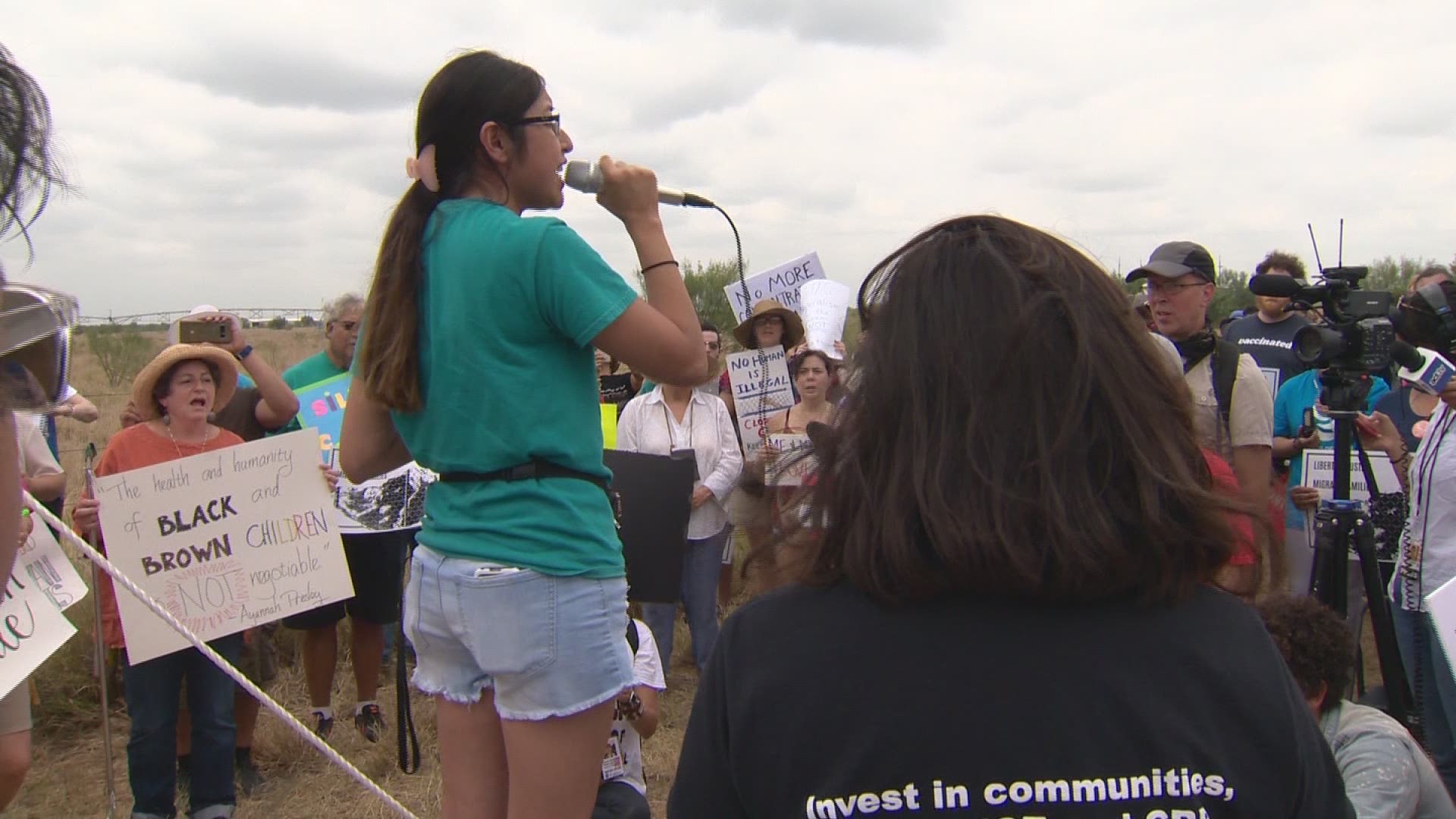 On Wednesday, several organizations came together outside the shelter to protest the expansion of what non-profits are calling the “latest expansion of an immoral policy.” The protest ended with three advocates arrested. Protesters say Rosalinda Abuabara was among the three arrested. She plans to run for a congressional seat in District 23 against U.S. Representative Will Hurd in 2020. The Dimmit County Sheriff has not commented on the arrests, but protesters were told they ranged from resisting arrest to disorderly conduct.

The center was opened to due to the crisis at the southern border. It currently houses about 200 migrant teens between 13-17 years old and can hold up to 1,300.

Carrizo Springs Mayor Wayne Seiple said he was made aware of the shelter about a months ago. The migrant detainment center was a former housing facility for oil field workers, according to the U.S. Department of Health and Human services.

Protesters chanted and waved signs outside the shelter. They also used a makeshift fence where they hung teddy bears and left notes to depict the suffering inside the fenced detention center.

"We are here to say, do not lock them up, they are not criminals," Lourdes Galvan, League of United Latin American Citizens, said.

Recent claims of inhumane conditions at migrant camps have many advocates questioning the new facility.

Last month, the Trump administration announced the end of educational and recreational activities for migrant children.

Weber said that will not be the case at this new shelter. He said migrants will be taught English, be fed properly and have recreational time.

Weber said it’s unclear how long the emergency shelter will be open. He said they will try to work quickly to connect the migrant teens with family or sponsors within 30 days. On average, migrant children are held for 45 days in the HHS system; Weber said this is down from the 93 day average back in November.

There are currently 168 HHS shelters in 23 states.

Here are some last-minute 4th of July recipes

Robbers on the run after fatally shooting 2-year-old boy, wounding dad and friend

Made in S.A.: Generations of success at Steves & Sons