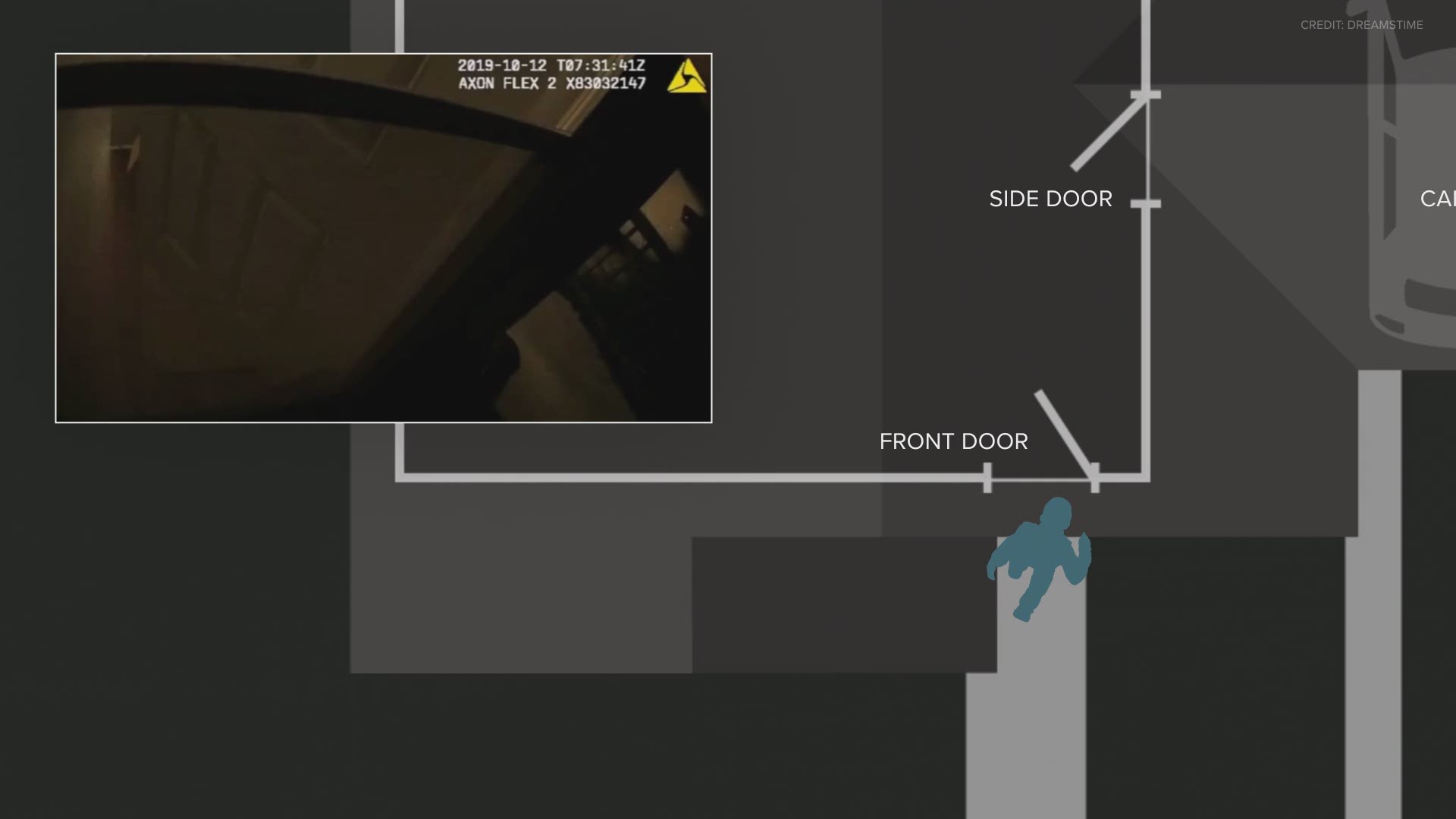 To better understand how then-Fort Worth police officer Aaron Dean ended up shooting and killing Atatiana Jefferson in her home Saturday morning, WFAA has put together a side-by-side comparison of Dean's body camera footage and a diagram of Jefferson's house.

Dean was arrested Monday night on a murder charge before bonding out of jail, Tarrant County Sheriff's officials confirmed.

In our video, on the left side of the screen, you see a diagram of the house and a graphic of the officer’s movement — matching with the body camera video.

At the 2:31:42 mark of the video, the body camera video shows the officer checking the front door of Atatiana Jefferson's house.

You see the screen door closed.

But, the other door is open.

From there, the officer walks to the right – to the east side of the house.

You see the white car parked under the carport.

The officer walks up to the side door.

That screen door is also closed.

And the main door is open.

So the officer can see into the house.

When the officer gets to the back of the house, there’s a blue car parked in front of the garage.

He turns on his flashlight and checks the gate to the backyard.

And he has yet to identify himself as police.

At 2:32:48 seconds, the officer opens the gate and walks into the backyard.

You see the air-conditioner unit at the back of the house.

Just eight seconds later, you see the officer walk to the window at the back of the house.

Jefferson is standing on the other side of that window.

You hear the officer yell, “Put your hands up! Let me see your hands.”

He immediately fires the single shot through the window – killing Jefferson.