What we've learned in the Amber Guyger murder trial 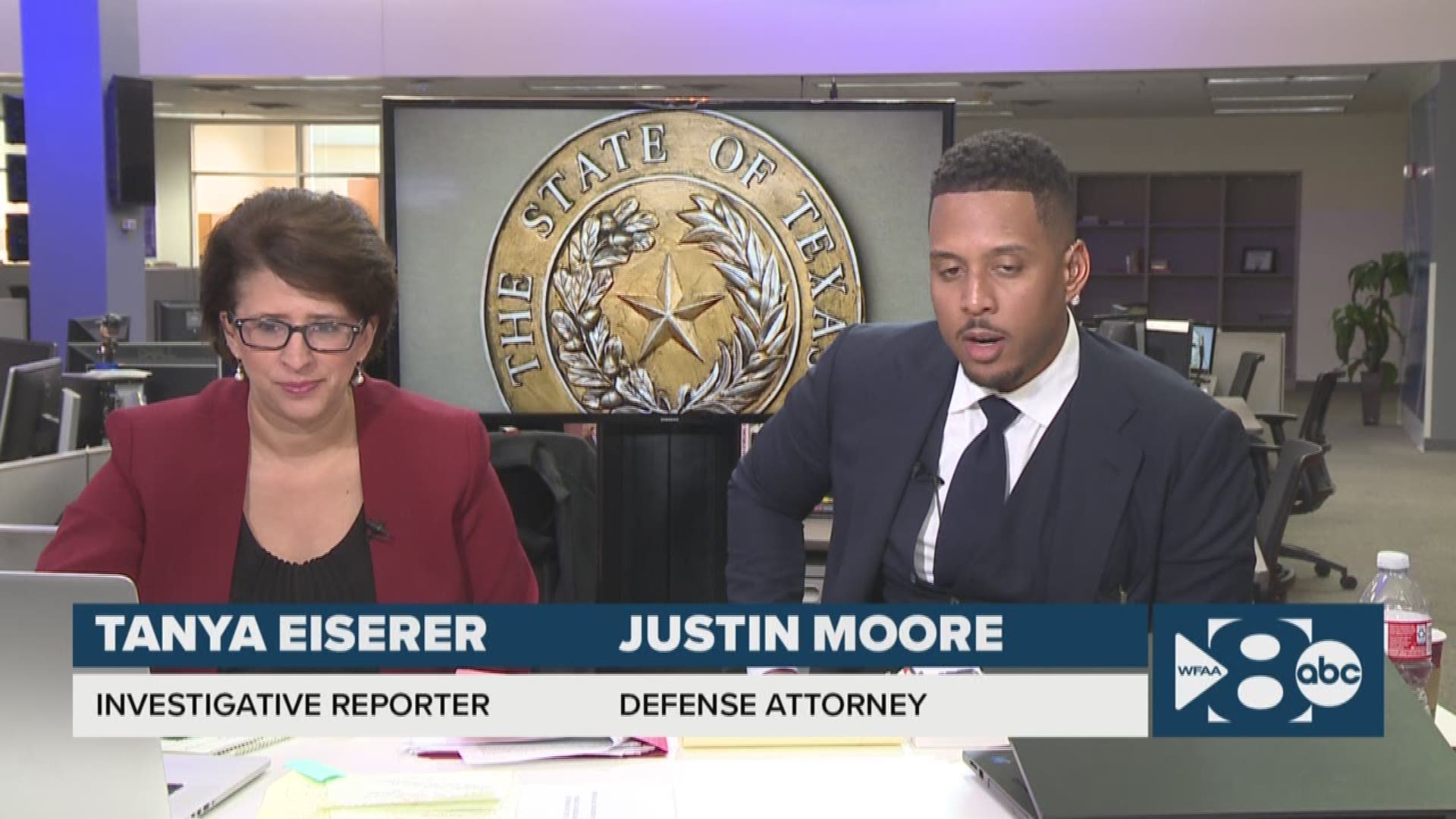 The murder trial for Amber Guyger has revealed details of what happened in the moments before the Dallas police officer shot and killed an unarmed man inside his own apartment.

His laptop was open and on. It appears he had airpods in his ears. He was dressed comfy, in shorts and a T-shirt.

Guyger, 31, told investigators she thought Jean was an intruder in her home and shot him believing she was in danger.

The shooting sparked outrage across the country, many calling it another sad example of a white police officer killing an unarmed black man.

Defense attorneys have said there is no evidence to suggest the shooting was racially motivated.

They will get the chance Friday to start calling witnesses, which may include Guyger, after four days of testimony in the murder trial.

Jurors will have to determine whether Guyger reasonably thought she was inside her own apartment at the time of the shooting and whether a reasonable person in her position would have shot Jean in self-defense, as she alleges.

If convicted of murder, Guyger faces up to life in prison.

Here's a look at some of the key points jurors have heard this week:

Guyger parked on the fourth floor the night Jean died and walked to his fourth-floor apartment, which was directly a floor above her own.

Several residents of the South Side Flats have testified that they've also parked on the wrong floor of the parking garage and even walked to the wrong apartment door.

Jurors were shown dozens of crime scene photos of Jean's and Guyger's apartments. They also watched videos showing the walk from the parking garage through the apartment hallways for both the third and fourth floor.

There was a bright red doormat outside Jean's apartment. His apartment was the only one with such a noticeable doormat on the third or fourth floor.

Jean's apartment was more cluttered than Guyger's, which was sparsely furnished. Guyger's apartment had a half-circle entry table with a vase of flowers toward the living room of her apartment.

She did not have a rug, nor a coffee table. Jean had a large round ottoman in front of his couch. Guyger did not have any artwork behind her couch, unlike Jean.

Jean's TV, which was on when he was shot, was much larger than Guyger's, the crime scene photos showed.

Door was unlocked but defective

Guyger's keys were in Jean's door when the first officers arrived. The doors at the apartments take an electronic lock, which turns like a normal key.

Jean hadn't locked his door when he returned home from running an errand. Crime scene photos show the strike plate, which is where the door latches closed, was slightly warped.

The door wasn't fully closed and latched the night of the shooting. Typically, the doors at the South Side Flats should fully close automatically, because of the way they are weighted.

Texas Ranger David Armstrong, the lead investigator on the case, testified that he tested the closing of Jean's door several times. It didn't consistently slam shut each time, he said.

Armstrong said he didn't believe Guyger committed any crime. Jurors were not in the courtroom at that time.

An arrest warrant for Guyger said she performed first aid on Jean, but evidence presented during the trial has not shown that to be the case.

Guyger was outside Jean's apartment when the first officers arrived, body-camera footage showed. And several neighbors testified they saw a female police officer walking in the hallway after the sound of gunshots.

There was no blood found on Guyger's uniform, which was collected after the shooting.

Other officers started performing CPR and tried to apply paper towels to Jean's wounds as soon as they got inside the apartment, which was several minutes after the shooting. They continuously performed CPR until paramedics arrived and took over.

Guyger texted while on call with 911

Guyger texted her partner twice while she was on the phone with 911. Court testimony revealed Guyger and her partner, Martin Rivera, had previously been in an intimate relationship. They had been sending steamy text messages to each other throughout the afternoon and evening.

Rivera and Guyger were on the phone for more than 16 minutes during Guyger's drive home. She also stopped in the apartment parking garage before parking her truck, because, prosecutors say, she was in a heated conversation with Rivera.

There were 3 minutes and 44 seconds after the end of Guyger's call with Rivera before she called 911. During that time, she walked from the parking garage to the wrong apartment door, put her keys in the lock, walked in and shot Jean.

Where was Jean when he was shot

Prosecutors and defense attorneys have different theories about where Jean was when he was shot. Prosecutors say he was still sitting on the couch when Guyger shot him.

Defense attorneys say Jean was walking or lunging toward her when she pulled the trigger.

A Dallas County medical examiner testified that Jean died from devastating internal injuries. The bullet tore through the left side of his chest, traveled downward through his body and came to rest in thick muscle near his spine.

There also was no blood found on Jean's rug or on the couch.

Jean had to have been bent forward in some way for the bullet to travel almost straight down through his body, the medical examiner said.

Prosecutor Jason Hermus demonstrated how Jean could've been rising from the couch when he was shot. Hermus used a red dowel rod to indicate the path of the bullet through the man's body.

But defense attorneys say Jean was likely crouching down when the bullet struck him. Toby Shook also used the dowel rod to show how Jean could've been bending forward in a crouched position when he was shot.

The medical examiner said that body position was also possible. Shook and Robert Rogers have said Jean likely made it to the point in his apartment between the kitchen and the couch when he was shot.

Credit: AP
Dallas County medical examiner Dr. Chester Gwin, left, responds to questions by Assistant District Attorney Jason Hermus, who is using a red rod to show where the bullet entered Botham Jean's body and traveled downward to his backside. Fired Dallas police Officer Amber Guyger is facing a murder charge in the 204th District Court at the Frank Crowley Courts Building in Dallas, Wednesday, Sept. 25, 2019. Guyger shot and killed Botham Jean, an unarmed 26-year-old neighbor in his own apartment last year. She told police she thought his apartment was her own and that he was an intruder. (Tom Fox/The Dallas Morning News via AP, Pool)