Who is Amber Guyger? Ex-cop accused of murder in death of Botham Jean

The former Dallas Police Officer goes on trial Monday. She is charged with murder in the September 2018 shooting of 26-year-old Botham Jean. 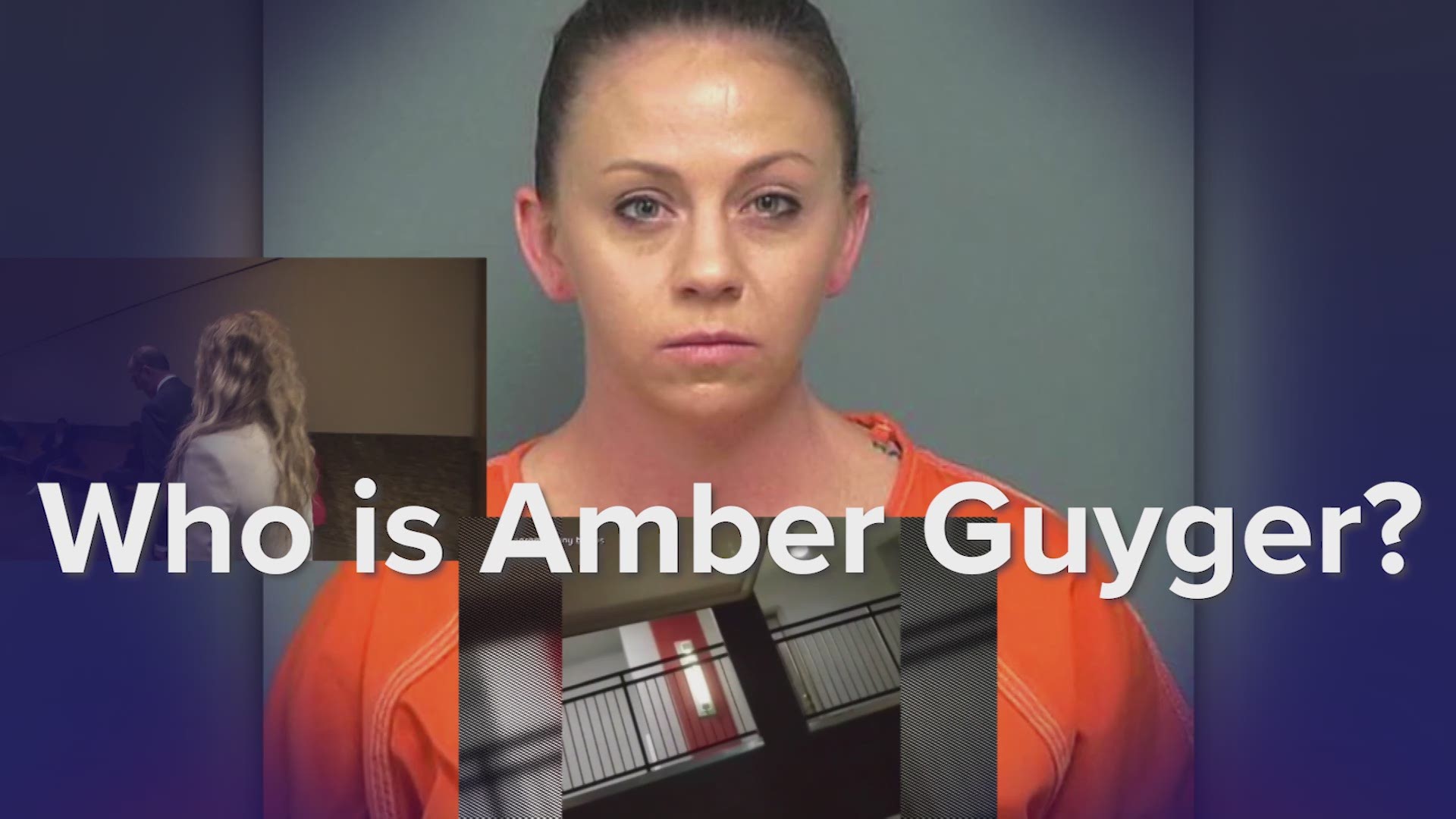 The murder trial begins Monday for a former Dallas police officer accused of murder in the off-duty shooting of a man inside his own apartment.

Who is Amber Guyger?

Amber Guyger is a former officer of the Dallas Police Department. She worked with the department for nearly five years and was assigned to a crime response team at the city’s southeast patrol division.

What did Guyger do?

On Sept. 6, 2018, Guyger had just completed a nearly 14-hour work shift when she shot Botham Jean inside his apartment. She told investigators she thought the South Side Flats unit was her own. Guyger was off duty but still in uniform at the time of the shooting.

RELATED: How to watch the Amber Guyger murder trial

Where did Guyger live?

Guyger lived in the unit below Jean. She told investigators that she mistook Jean's apartment for her own after parking on the fourth floor instead of the third floor in the parking garage, according to an arrest warrant affidavit. When she opened the door to Jean's apartment, she thought he was a burglar, the affidavit said. She fired twice, striking Jean once.

What is Guyger charged with?

Guyger is charged with murder. She was arrested three days after the shooting on a manslaughter charge, which is a second-degree felony.  In November 2018, the Dallas County grand jury chose to indict Guyger on a murder charge.

She faces up to life in prison if found guilty of murder. Guyger has requested probation if she is convicted of a lesser offense.

Was Guyger involved in any other shootings?

In May 2017, Guyger was involved in a nonfatal police shooting. She fired her weapon during a physical altercation with a drug offender. The man had taken her Taser.

When was Guyger fired from the police department?
Guyger was fired on Sept. 24. A grand jury indicted her on a murder charge on Nov. 30, 2018. She has been free on bail.

Does Guyger still live at South Side Flats?

In September 2018, Guyger moved out of the complex. Apartment staff notified residents in an email that Guyger "vacated her apartment and no longer resides at our community."