Dynastie Cruz says it's all about celebrating the small victories. 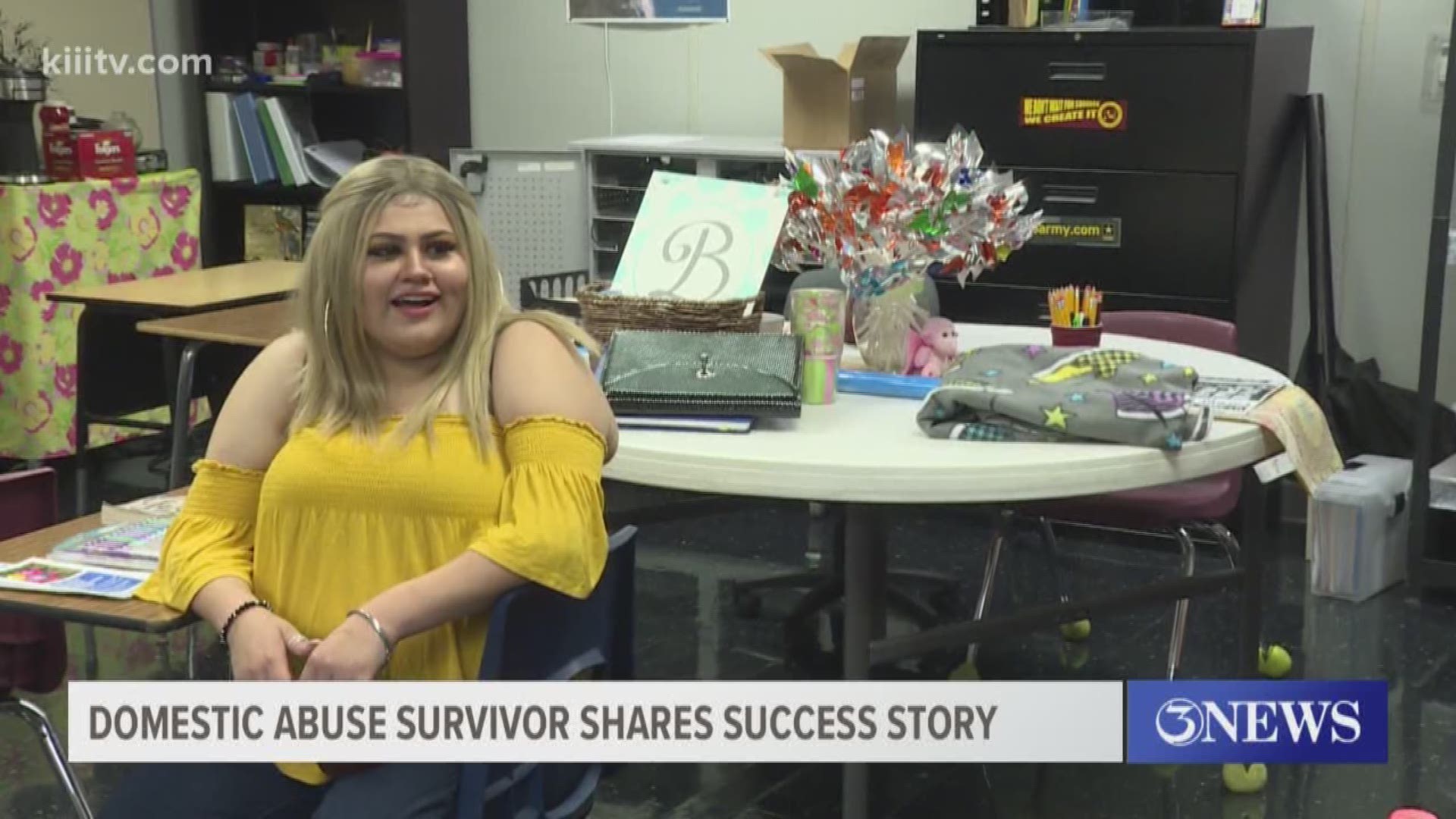 CORPUS CHRISTI, Texas — Feliciano Cruz was sent to prison after abusing his daughter and shooting his girlfriend in 2016.

Cruz's daughter Dynastie Cruz sat down with 3News to talk about how it changed her life and where she is now.

"I have a good bond with all my teachers. You know, especially since they were all there for me during the ugliest times," Cruz said.

"As we began to know her and talk to her and find her whole story, we realized it was a story that was very much on the news," said Melodie McClarren, principal at Tuloso-Midway Academic Career Center.

"When I was 14, there was an incident with my dad where he was beating me with a gun, and the gun went off and shot his friend," Cruz said.

Under these circumstances, the school would be the last thing on most students' minds. Cruz says her support system on campus kept her grounded in the classroom and the courtroom.

"We told her we are here for you from beginning to end," McClarren said.

Cruz had to take the stand.

According to Cruz, motivation and guidance from her ACC family made it bearable.

While McClarren was proud of Cruz's strength, it was still devastating.

"Knowing how much she loved her dad and knowing how difficult her future was going to be," McClarren said.

"I can only see him in prison, so just seeing him like that makes me feel very, very guilty," Cruz said.

According to Cruz, she's working every day to get through it thanks to the skills and resources she's gained from ACC.

"I don't think you have trauma like that, and it not affect you daily, but she is overcoming it. She is doing what is necessary," McClarren said.

Cruz says it's all about celebrating the small victories.