3News Special Report: Who's watching sex offenders in our communities?

More than 100 convicted sex offenders were identified, bringing them and the system into compliance. 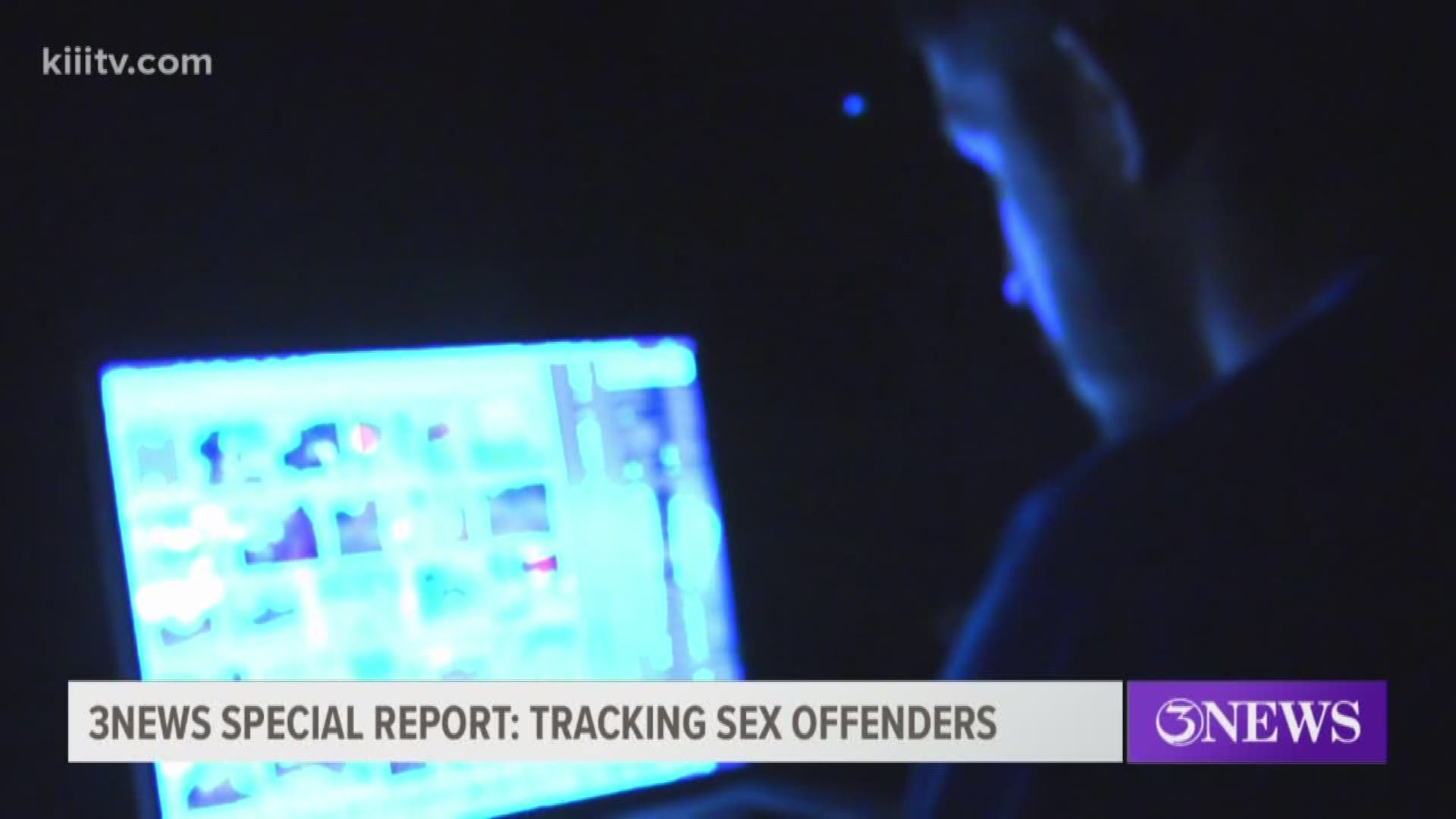 "And ever since then, we've been out doing home visits," Ramos said. "When I first started there were a lot that were not in compliance, and I got warrants for them. Once individuals started seeing, 'She's got warrants for us,' I was very busy. They started coming in left and right updating everything."

While it may not be her full-time job at the Sheriff's Office, it does take a good portion of her time to make sure the County's registered sex offenders are tracked.

RELATED: 3News Special Report: How you can keep track of sex offenders in your community

It wasn't always that way in San Patricio County.

"It was a difficult program to start because we had offenders that weren't properly registered," Ramos said. "Their addresses weren't properly verified. We weren't sure where they were working or whether they were. We didn't have current pictures on them. All these things that we were required to do, we didn't have them in the file."

As a result, more than 100 convicted sex offenders were identified, bringing them and the system into compliance.

"The program is so intense now, that even if you die, that's not good enough," San Patricio County Sheriff Oscar Rivera said. "We need to get your death certificate, make sure that you're gone before you're taken out of the system."

"They do a pretty darn good job of forwarding cases to me for failure to register," San Patricio County District Attorney Samuel Smith said.

At the Nueces County Probation Office, Saenz is among a team of officers whose sole job it is to keep track of offenders who are probation.

"I do see sex offenders a minimum of twice a month in the office and a minimum of once a month out at their house to make sure they're complying with their conditions of probation," Saenz said.

However, once a person's commitment for probation or parole has been completed, a sex offender is on his own, having no obligation to report on a regular basis to anyone except to report a change in their status, such as a change of address; and that too may come to an end for some of them.

"With CCPD, it's only one person," Saenz said.

"You just have to be multitasking," Balli said. "You have to be focused and stay on top of everything to keep up."

She's the sole person at the CCPD responsible for keeping track of registered sex offenders in Corpus Christi; but make no mistake, she's not alone.

"I may sit at a desk alone but I am by no means doing this job by myself," Balli said.

That's because she has the full force of the CCPD behind her; and while the number of registered sex offenders in Corpus Christi may seem overwhelming, the program is working.

But how can you at home keep track of registered sex offenders who live among us? 3News will have the details Thursday at 10 p.m.