The 49-year-old trooper, Moises Sanchez, was shot in the line of duty in April. He died Aug. 24. 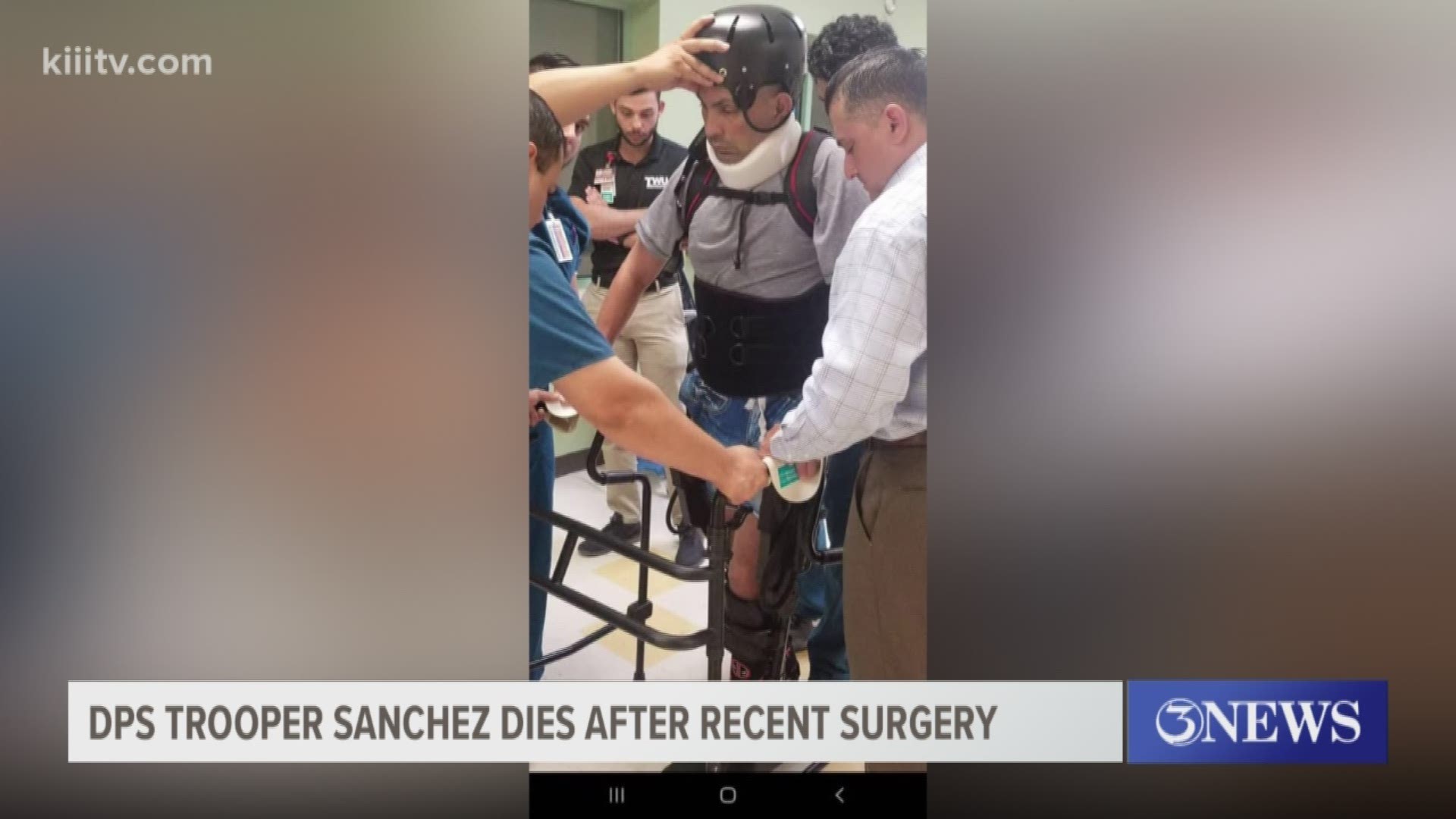 Sanchez served the department for more than four years, initially stationed in Rio Grande City before being transferred to Edinburg, and then Palmview, where he was stationed at the time of his death.

Sanchez is survived by his wife, Yvonne; two sons; and a daughter.

The funeral service will be held from 1 p.m. to 2:30 p.m. Friday, Sept. 6, at Bert Ogden Arena, 4900 S. Interstate 69C in Edinburg. Private interment will follow in the Rio Grande Valley State Veterans Cemetery in Mission.

Trooper Sanchez is the 222nd DPS officer to die in the line of duty since 1823.

At approximately 8:45 p.m. April 6, 2019, Sanchez approached a two-vehicle crash scene in Edinburg. The driver of one of the vehicles fled the scene and later shot Sanchez. The suspect was captured and will now face the charge of capital murder.

In the months following the shooting, Texas DPS said Trooper Sanchez and his family received an outpouring of support by countless members of the public, fellow law enforcement partners and hospital staff. A press release from the department said DPS remains extremely grateful for their generosity and support.