The stay follows an earlier recommendation by the Texas Board of Pardons and Paroles to Gov. Greg Abbott to grant a 120-day stay of execution. 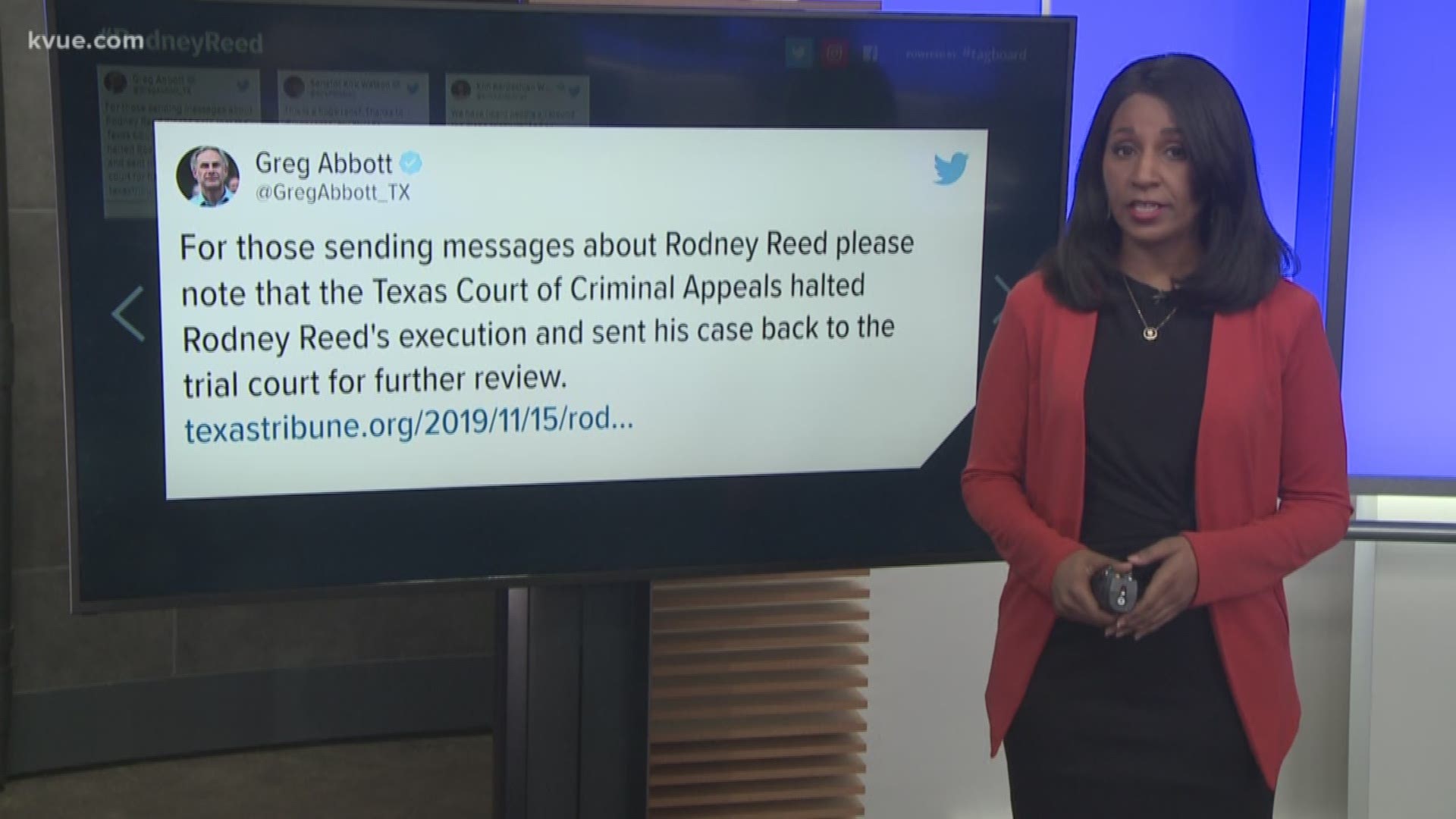 AUSTIN, Texas — On Friday evening, the Texas Court of Criminal Appeals granted Rodney Reed a stay of execution after gaining national support from high-profile individuals, including lawmakers and celebrities.

The stay follows an earlier recommendation by the Texas Board of Pardons and Paroles to Gov. Greg Abbott to grant a 120-day stay of execution.

Rodney Reed: His fight for a new trial and why prosecutors say he's guilty

Rodney Reed execution should be delayed, Texas parole board says

The Innocence Project, which represents Reed, announced the stay on Twitter and thanked all of those who called, tweeted and spoke against his execution.

Texas State Sen. Kirk Watson responded with a tweet saying it was a huge relief. He went on to thank the Texas Legislature and everyone who worked to prevent the execution. He also reminded supporters that the case isn't over and to stay engaged.

Kim Kardashian West, after visiting the death row inmate at his cell in Livingston, Texas, tweeted that she was "sitting with him when he got the news" of his stay.

"Words cannot describe the relief and hope that swept over the room in that moment," Kardashian West tweeted. "That hope had been building over the last few weeks around Rodney’s case. We have seen Democrats and Republicans come together. We have seen grassroots activists and lawmakers link arms."

Vermont Sen. and Democratic Candidate Bernie Sanders weighed in, saying the decision is critically important. He also said Reed's execution should not just be delayed, but completely canceled. Sen. Sanders followed this by calling for the elimination of the death penalty.

Congresswoman Ayanna Pressley from Massachusetts also responded on Twitter, where she called Reed's experience in the legal system "inhumane." She also said that while this is justice for Reed and his family, justice delayed is justice denied. She joined Sen. Sanders in calling for the end of the death penalty.

Gov. Abbott addressed those sending him messages calling for Reed's execution to be halted.

The American Civil Liberties Union responded on Twitter to the news by calling the stay "just and warranted." The organization claims that when the state kills an innocent person "in the name of justice, the true perversion of the death penalty becomes clear."

Dr. Phil spread the news by tweeting a picture of the announcement.

Texas State Sen. Carol Alvarado tweeted that the justice system has the chance to review the evidence and "reverse this gross miscarriage of justice."

Kentucky State Sen. Charles Booker said that stories such as Reed's are why he sponsored a bill to end the death penalty in Kentucky. He called for the system to be reformed as well.