Repair work for Bob Hall Pier paused due to Tropical Storm Beta, officials concerned there may be more damage

A big question for many is "what's going to happen to our already damaged piers, like Bob Hall?" 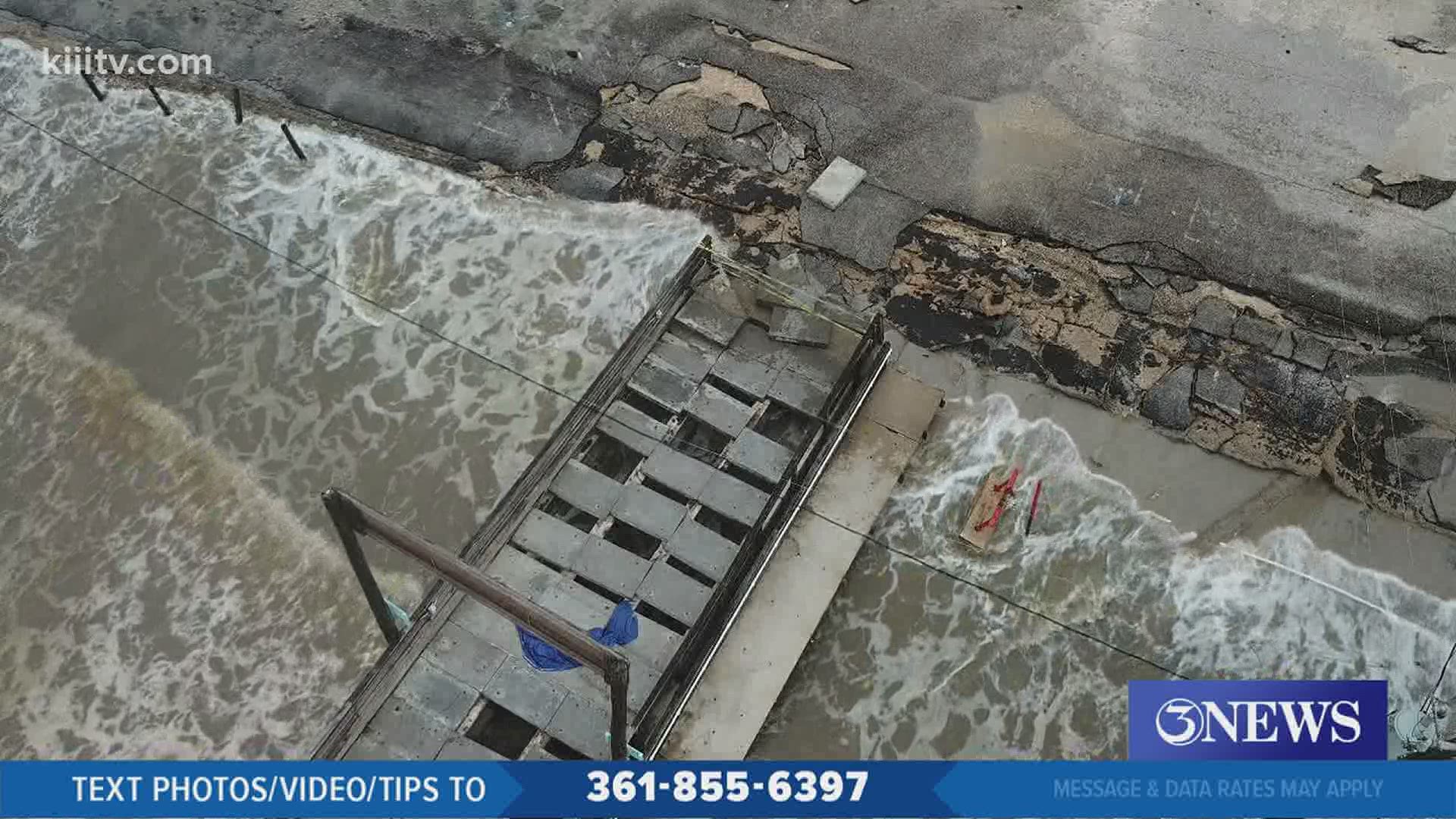 CORPUS CHRISTI, Texas — The storm surge from Hurricane Hanna was so intense that it caused the concrete bricks to be displaced along the beach and sea. Since then, local officials had contractors and engineers out at the pier working on a next step. With Tropical Storm Beta on the way Nueces County Judge Barbara Canales says they expect to see even more damage.

“I am highly concerned that we of course have not been able to fix any of our piers yet, we're still in structural analysis of damages. So, it is possible that we might see further damage,” said Canales. “I don’t think there’s anything more that we can do but pray that there’s not additional damage out there."

Judge Canales says they've asked everyone who was working at the pier to stop their work and remove their equipment, and she says the construction is on hold until weather conditions are safe again.