No shots fired or injuries reported after incident at NAS-Corpus Christi, officials say no connection to shootings at naval air stations in HI, FL

A Department of Defense alert states all personnel can return to work, except for Building 8. People in Building 8 are being directed to shelter in place. 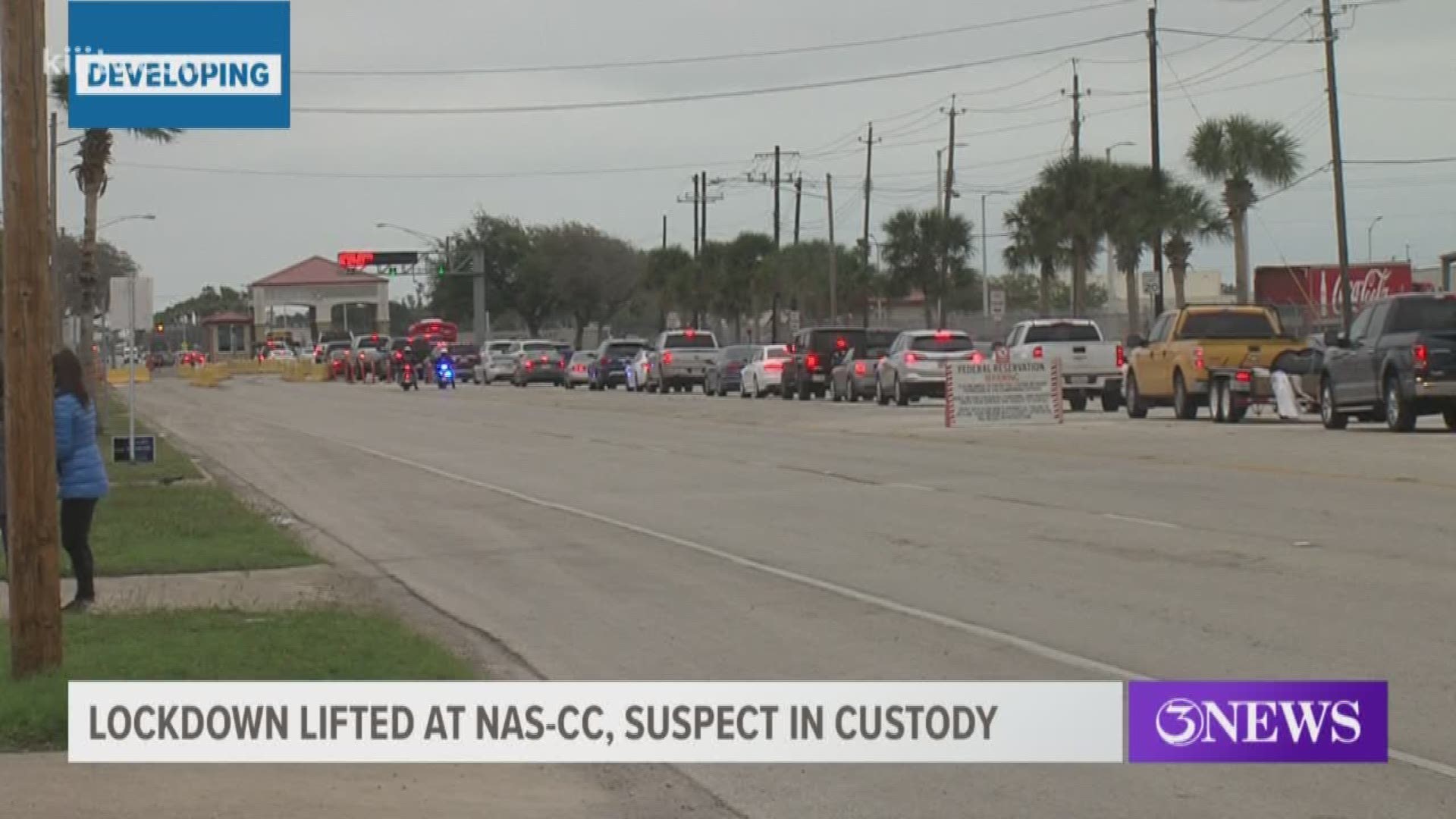 It happened at around 7:30 a.m. Officials took to social media to alert people to shelter in place, saying "this is not a drill."

Within about 20 minutes of that notice, a suspect was taken into custody. The lockdown on the base was lifted at 8:30 a.m.

Details are limited at this time, but officials said an employee on the base had been making verbal threats. Officials said no shots were fired during the incident, and it had no connection with the shootings that took place at the Naval Air Stations in Hawaii and Florida.

3News will keep you updated about this incident as more information becomes available.

This wasn't the first incident to happen at NAS-CC this year. Back in October, 47-year-old Brian Dale Robinson rammed a barricade at the North Gate entrance of the base.

The incident happened after Robinson stole a truck from a Beeville, Texas, gas station and led authorities on a chase all the way to Corpus Christi.

Robinson was charged with destruction of U.S. government property and possession of a stolen firearm. He pleaded guilty to those charges last month and faces up to 10 years in federal prison.

Then, back in February, 37-year-old Daniel King was being chased by police when he crashed into the North Gate barriers at the base. He then got out of his vehicle, which had caught fire in the crash, and was shot by police.

Authorities said King had forced his way into a woman's vehicle at a nearby Stripes convenience store on SPID and fled to the base. No one else was hurt in that incident.