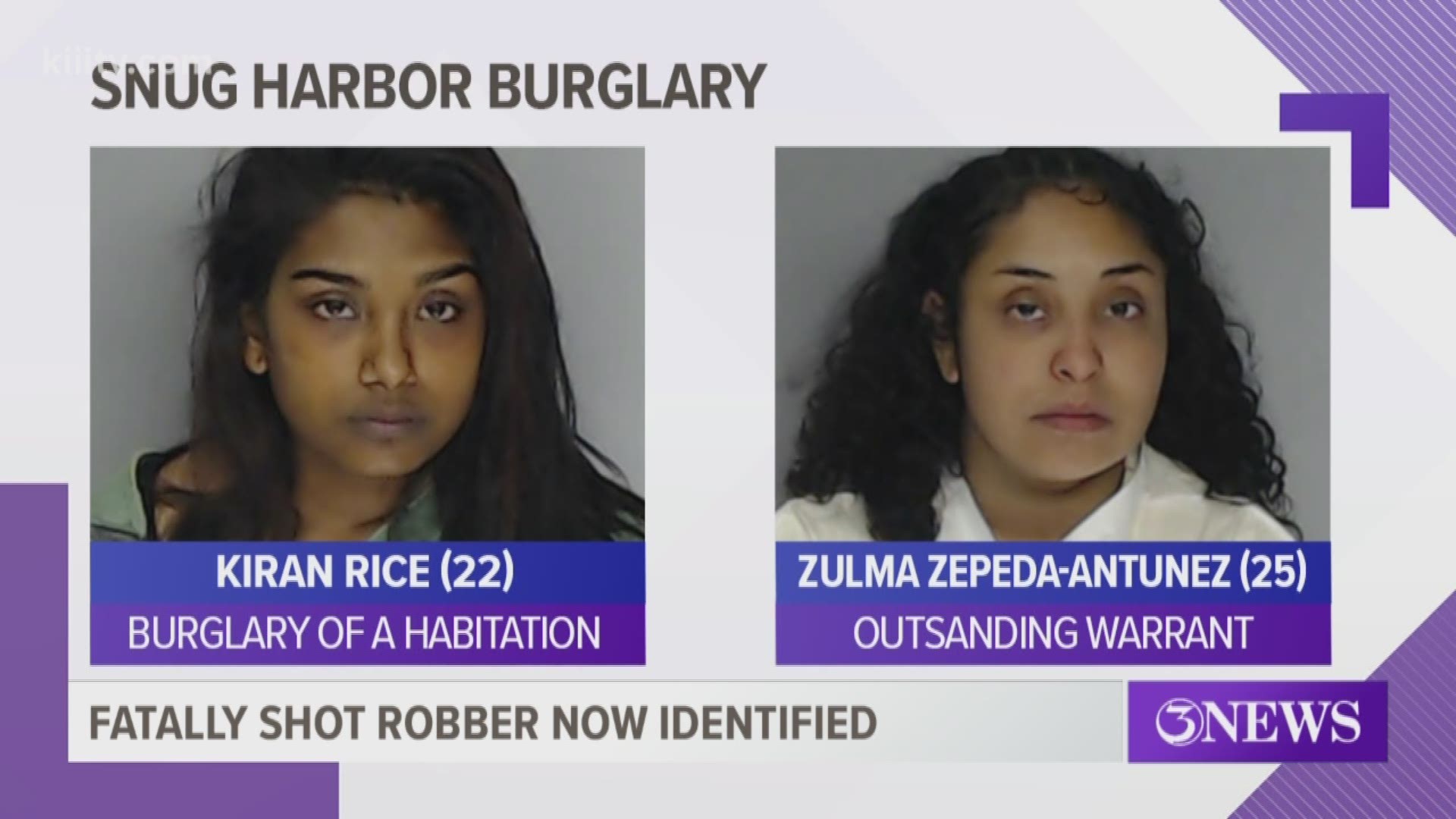 CORPUS CHRISTI, Texas — UPDATE: Thursday, May 12 Nueces County coroners office released the identity of the north 25 year old male suspect that was shot and killed. The suspects name is Isaac Galvan and is from San Antonio.

On Monday at 12:49 a.m. in the 700 block of Snug Harbor three suspects arrived at a home. Two suspects, male and female, went inside part of the house while the other suspect stayed in the car.

A resident heard a commotion and investigated.

A resident of the home shot the male suspect. All three suspects fled in an unknown vehicle. They were later found at a motel on Surfside Blvd. The 25 year old male suspect was dead.

The other two suspects were arrested.

Karen Rice is charged with burglary of a habitation and Zulma Zepeda-Antunez was arrested for an outstanding warrant on past drug charges.