Despite everything, wine ended up being their sweet saving grace. 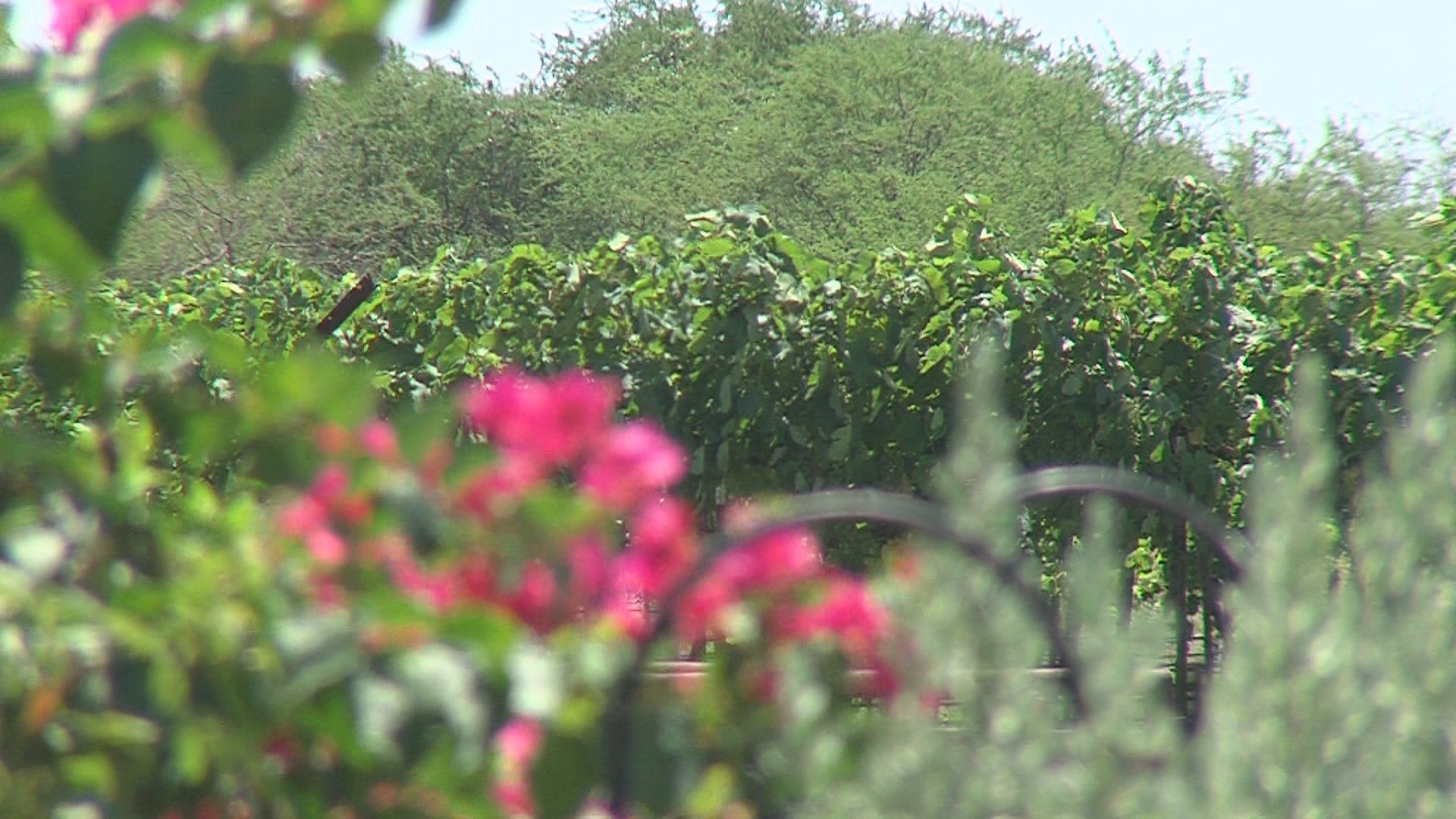 REFUGIO, Texas — A local family who took a risk on what started as a hobby involving wine making ended up uncorking a big business.  David and Regina Staggs opened up a vineyard and winery called Texas SouthWind just outside of Refugio.  It's one of the few along the Texas coast.

Despite everything, wine ended up being their sweet saving grace.

On the back roads of South Texas, nestled between Refugio and Goliad on Highway 183, you will find 145 acres of Regina Staggs very own heaven on earth.

"My husband and I and our two children moved out here in 2002.  We had cattle, and horses, but it just never panned out," said Texas SouthWind owner Regina Staggs.

1 / 13
KIII
A local family who took a risk on what started as a hobby involving winemaking ended up uncorking a big business.

The couple might not have been cut out for the ranching life, but a passion for vino and a crazy idea sparked a new page in their story.

"My husband was a home winemaker, and I didn't know a thing about it, no idea, but I was very curious about what was going on underneath our dinning room table," Staggs joked.

It might not be Napa or even the hill country, but despite not having the ideal location to grow, Regina wasn't going to let that stop her from going after something bigger.

"I don't know how many times we were told, when we were fixing to open the doors, you are not going to make it."

Regina said she was ready to prove them wrong, "watch me! Okay, we'll see how well we do."

This family really prides themselves on being a family-owned and operated business, just starting out with about 400 bottles now pushing 190-thousand a year.

They came up with the perfect name, and an iconic cowboy hat logo that was just as big as the lone star state.

"I wanted it to scream Texas," said Regina.

That was ten years ago and they were well on their way to making a name for themselves in the world of wine, but then a devastating blow.

It was August of 2017 and Hurricane Harvey roared onto the Texas coast. The category four storm sitting on top of the area for several hours.

"We left not knowing what we would come back to."

Regina sent us pictures of the damage they found when her family returned home.

The images show a flooded mess, trees down, and one of the vineyards was left in bad shape.

"We could just see the path of destruction," said Regina.  "We lost the roof on the home an everything inside got wet."

Regina said her family's home just couldn't be saved and it had to be bulldozed.

Amazingly, the rest of the structures of the winery were completely intact and so were the tanks housing her famous blackberry, which was aging at the time of the storm.

"We were very fortunate."

The family pushed forward, motivated by one goal to get wine on the shelf.

Today, 2 years after Harvey and their drive to succeed is just as strong as work continues on the family's property to improve and expand their business.

"You just keep doing what you were called to do," said Regina.

A passion served up in a glass of faith and determination.

Texas SouthWind is located at 16375 US 183 just outside of Refugio and is open Monday through Saturday from 11 am - 6 pm.