According to a letter from TAFT ISD Superintendent Ricardo Trevino, the meeting was hacked by an unknown source. 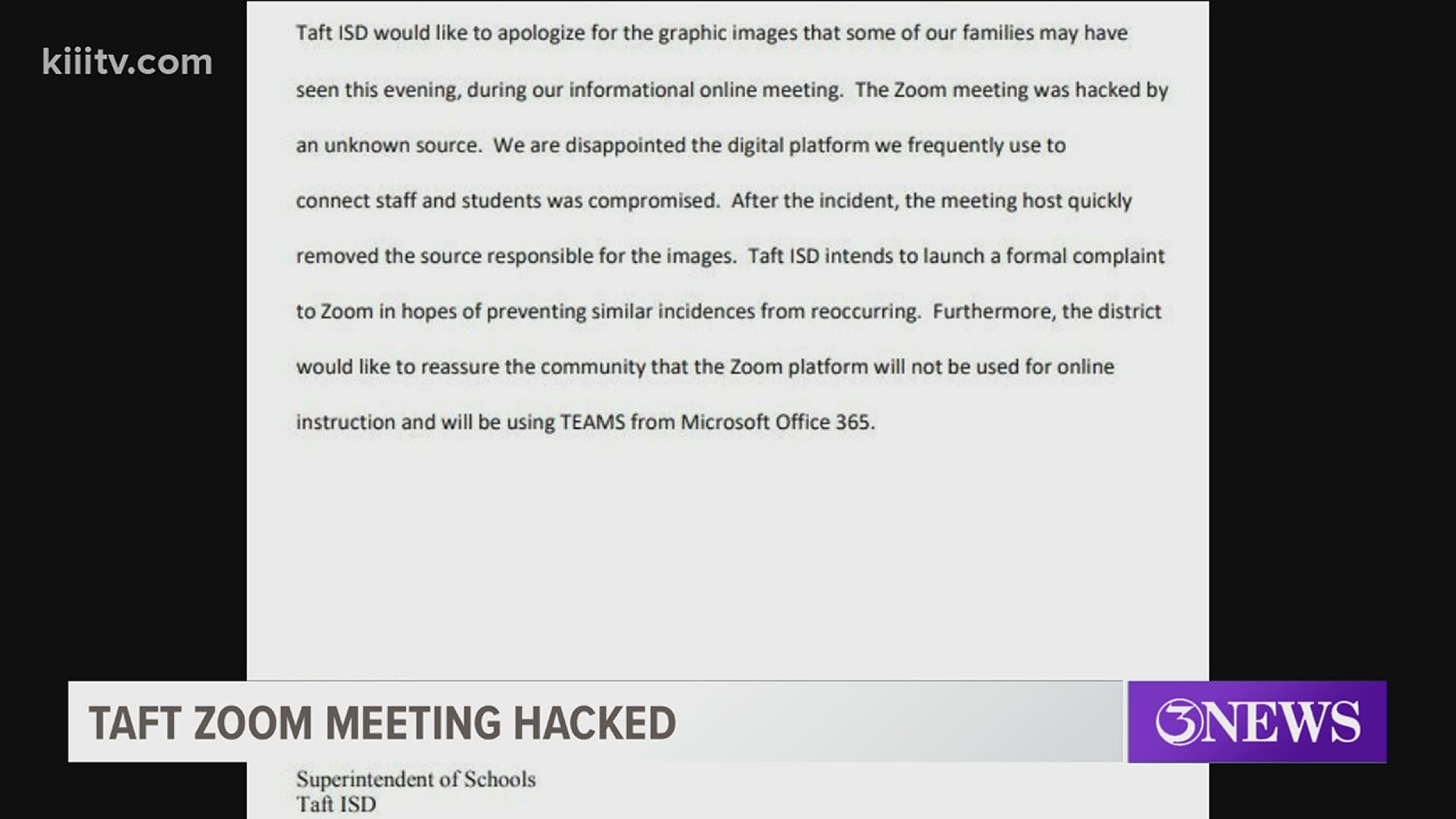 CORPUS CHRISTI, Texas — TAFT’s school leaders issuing an apology to parents after graphic images made their way into an online informational meeting.

According to a letter from TAFT ISD Superintendent Ricardo Trevino, the zoom meeting was hacked by an unknown source.

Once seen, the meeting host quickly removed the source responsible for the images, but they did not specify what the images showed.

Trevino said he plans to file a formal complaint with Zoom in hopes of preventing similar incidences in the future.

He added that he district wants to assure the community that the Zoom platform will no longer be used for online instruction. The district with be switching over to Microsoft Teams.