But, an estimated 60,000 people in the Coastal Bend are currently positive with COVID-19, which is one in every ten people. 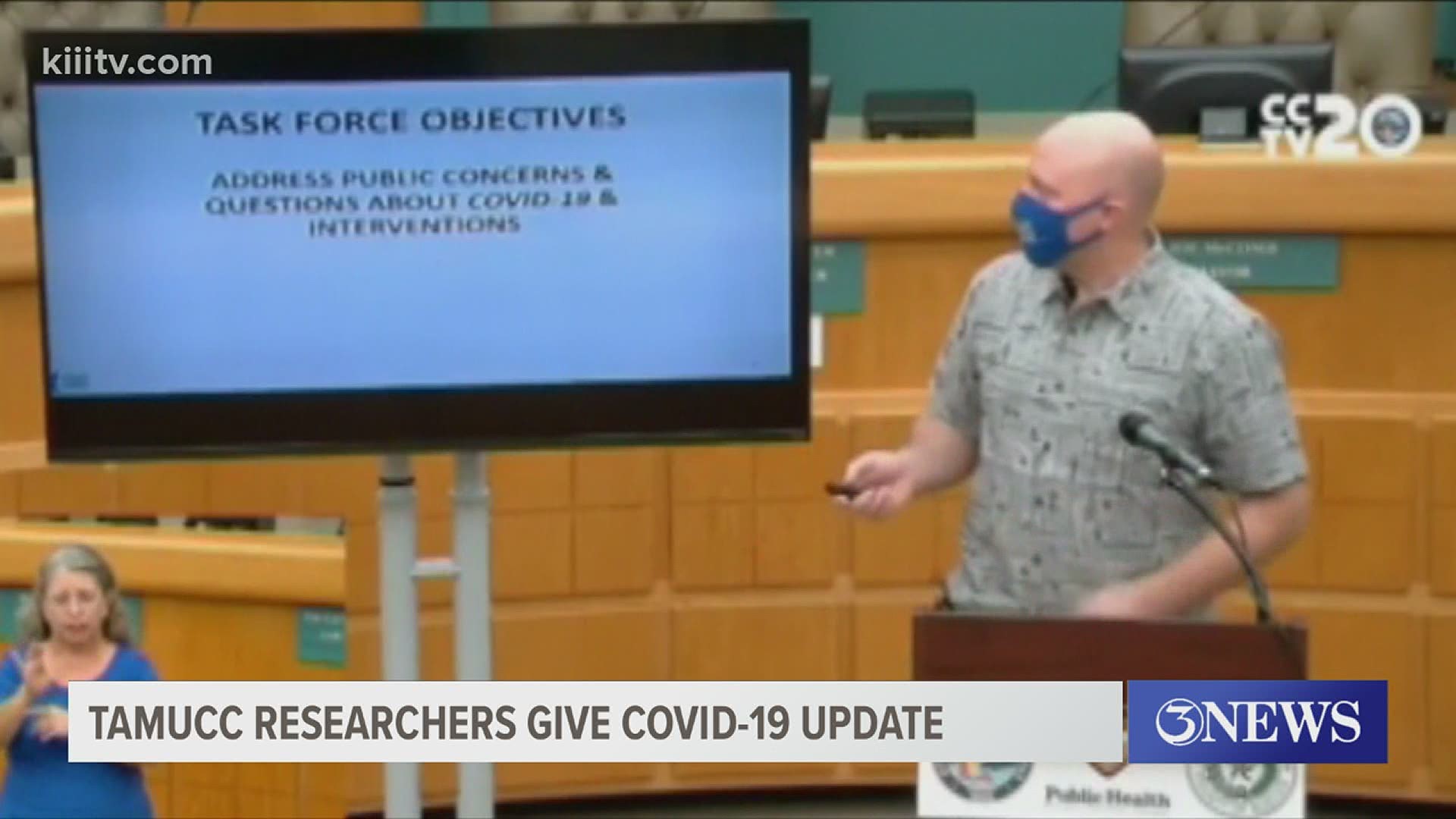 Bird said the Coastal Bend is at it's lowest transmission rate since May.

But, an estimated 60,000 people in the Coastal Bend are currently positive with COVID-19, which is one in every ten people.

"No this is not over by any stretch of the imagination," Bird said. "We are right in the middle of it."

But the numbers are still high compared to other areas in the state.

"South Texas right here far and away has way more cases per capita than any other public health region in the state," Bird said. "And it's not even close. It's more than double that of Houston."

Doctor Bird said, even though hospitalizations have decreased, ICU's are still at the cusp of what they can handle. And people that aren't infected still need care.

"Those people are being displaced not just up but sometimes there is less people, people that would normally get intensive care treatment and now they're not because of how many people with COVID are in the hospitals," he said.

In terms of deaths, the Coastal Bend is ranked third in the state.

Looking at recent cell phone data, there's been a steady decline of people travelling or leaving home after Texas went back under stricter restrictions. There's even less visitors.

But the potential encounters, started increasing.

"So there was more more encounter happening in the Coastal Bend when a Hurricane was hitting than when we were in the middle of stay at home in May," Bird said.

As those those encounters increase so will the transmission rate.

"If we don't correct this very quickly, then we can expect to see an increase again," he said.

What's next is to watch the state closely when schools re-open.