Nueces County cases double every 4 days, that could result in a record-breaking 3,500 cases by July 9. Here's why.

Every person that is infected goes on to infect 3 more people, but researchers say even if it gets down to 1:1, we won't see a decline. Here's why. 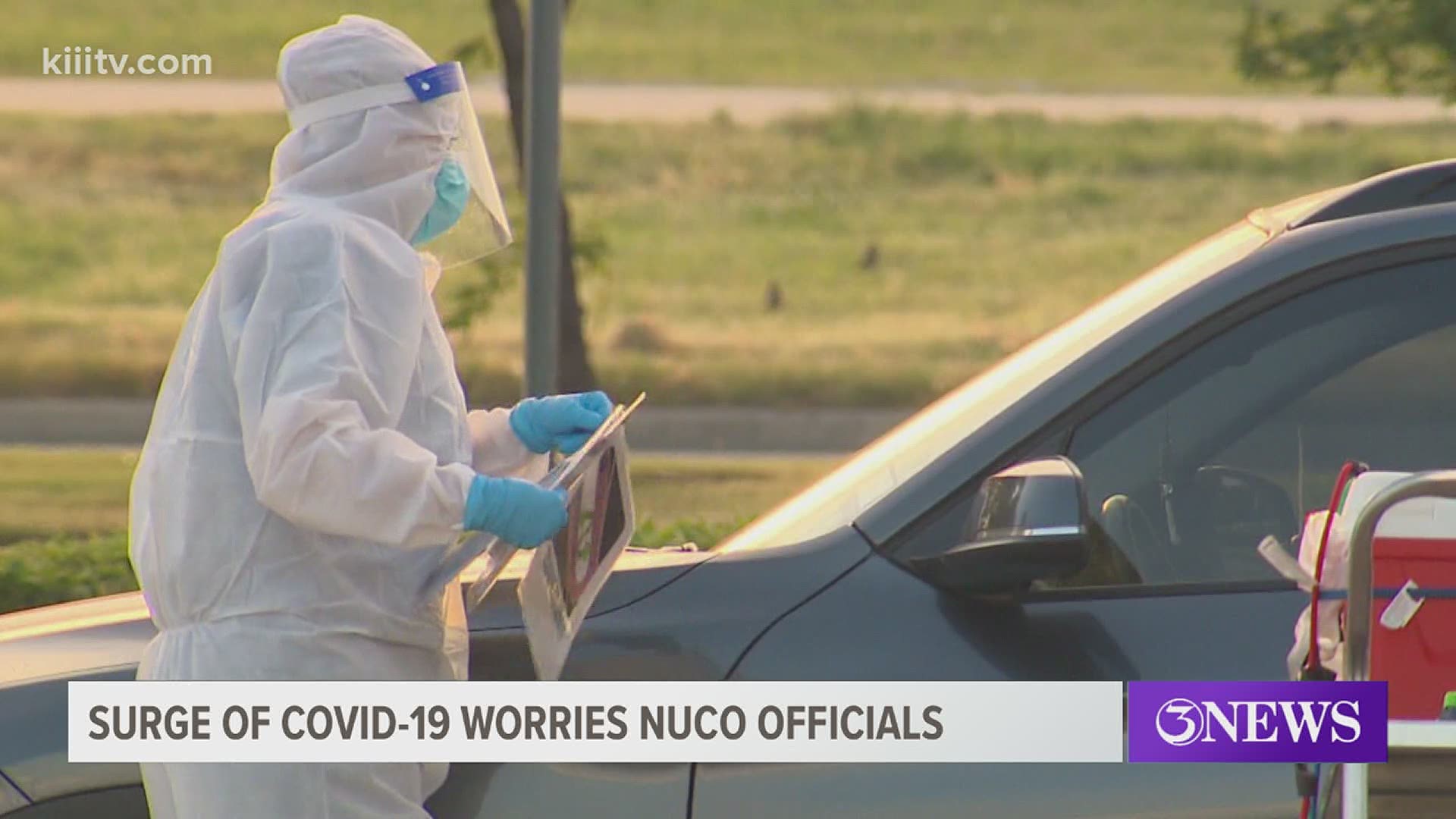 CORPUS CHRISTI, Texas — According to researchers from Texas A&M Corpus Christi COVID-19 cases appear to be doubling in Nueces County every four days.

If their projection holds true that means we could see a record-breaking 3,500 new cases over the course of the next 10 days.

“We’re accelerating faster than all the other metro areas in the state,” said Dr. Chris Bird, Associate Professor of Biology at Texas A&M-Corpus Christi. “Houston and Austin are also accelerating pretty quickly, but not nearly as quickly as us.”

Nueces County has been under the same types of regulations as other areas of Texas. Researchers have been critical, saying Nueces County has not complied as well to the precautions and that has resulted in the rapid spread of cases in the county.

Dr. Bird said, “if the transmission rate drops to the level of several weeks ago, when one infected person only spread the virus to one other person, the problem will not be solved. Because so many are infected now, the same transmission rate would result in hundreds of new cases as the hundreds of infected people infected just one other person each. Under that scenario, the virus would be at current critical levels for a long time.”

TAMUCC researchers say “we need to go back to full, flatten-the-curve mode like we were in March. The reason we did so much then was because we needed to flatten that curve because this is what was coming. If you get too high, it becomes more and more difficult to get back down.”

Many in the Coastal Bend are asking why we're seeing a spike now, after 8 weeks of staying home and intense social distancing. Dr. Bird said, “because people in the Coastal Bend did so well with precautions early in the pandemic, the first wave passed with much less impact to people here than in other parts of the state.”

Actions taken now won’t have an impact for about two weeks. That means rapid increases of cases is certain for at least the next 10 days.

“It’s going to get worse,” Bird said. “We need to do a lot to help it get better. We all need to buckle in because this is not a false alarm or a drill. It’s imperative that we all do our part.”