A Williamson County couple faces several new charges in connection to a 'heinous' child abuse case. Authorities have confirmed they were also active members of a child advocacy group. 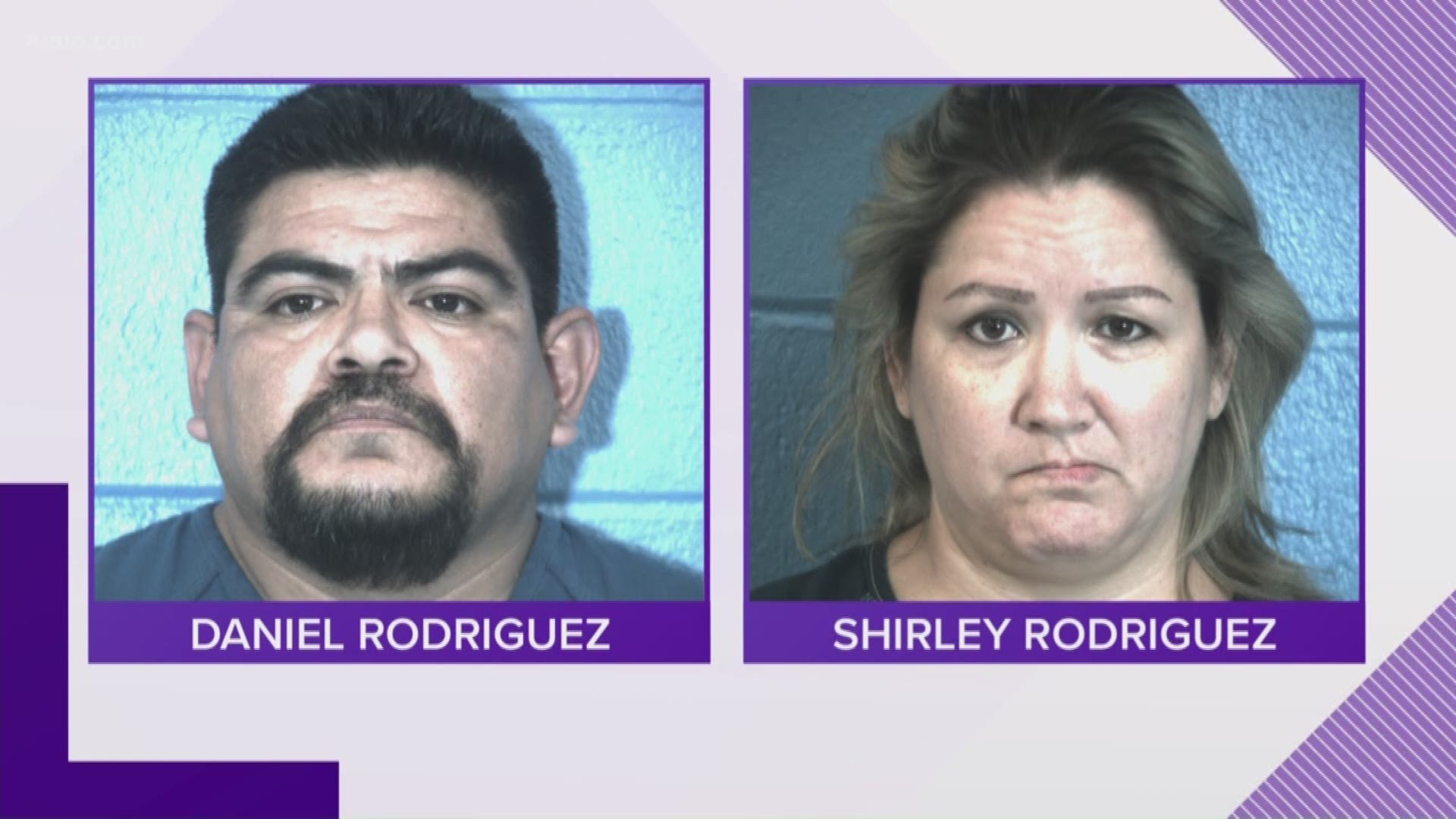 WILLIAMSON COUNTY, Texas — The couple allegedly behind what law enforcement describes as a "heinous and outrageous case of child abuse" were active members of the Williamson County chapter of Bikers Against Child Abuse, Williamson County authorities have confirmed to KVUE and Austin American-Statesman reporter Tony Plohetski.

Shirley Rodriguez now faces 13 counts and Daniel Rodriguez now faces 10 counts of various charges including indecency with a child, injury to a child, assault and continuous violence against a child. The victims involved in the case were foster children, according to law enforcement officials.

Documents detailing the allegations refer to the children using initials.

KVUE previously reported the couple was charged with two counts of indecency with a child. Those charges stemmed from an affidavit in which a child -- identified as "RR" -- told police that on or around Oct. 15, 2017, Shirley Rodriguez touched the child inappropriately while both of them were naked in the shower. The document goes on to say that while Shirley was doing this, Daniel would stand in the bathroom in a revealing manner and stare at Shirley Rodriguez and the child, who was 15 at the time.

Additional documents obtained July 24 show that the pair are accused of similar behavior involving two other children who were 13 and 11 at the time of the incidents in 2017. The 11-year-old victim, identified in the documents as "ER," said Daniel Rodriguez would watch him with Shirley Rodriguez in the shower via "video call on many occasions," an affidavit said.

The 13-year-old and "ER" told authorities that in 2017, Shirley Rodriguez repeatedly assaulted, withheld food and force-fed them while they were in her care. Documents said she would strike them in the face, knocking them to the ground at her home. Authorities said "SR" is now suffering from post-traumatic stress disorder while "ER" is now suffering from a lower form of post-traumatic stress disorder.

According to an affidavit detailing an injury to a child charge, officers were able to find video from Daniel Rodriguez's home surveillance system, which recorded several months of activity within the home. Video recorded on Oct. 10, 2017 allegedly shows Daniel Rodriguez striking "SR" in the face as he walked by her, causing her head to snap back. The victim told police that when her adoptive father would assault her, it caused her pain, according to the affidavit.

Daniel and Shirley Rodriguez, both 42, were booked on July 18.