Texas to get $4B to help prevent future flooding, but Houston won't be managing the money

There's $4 billion in new flood-prevention funding available from the feds. But neither Houston nor Harris County will be in charge of it. 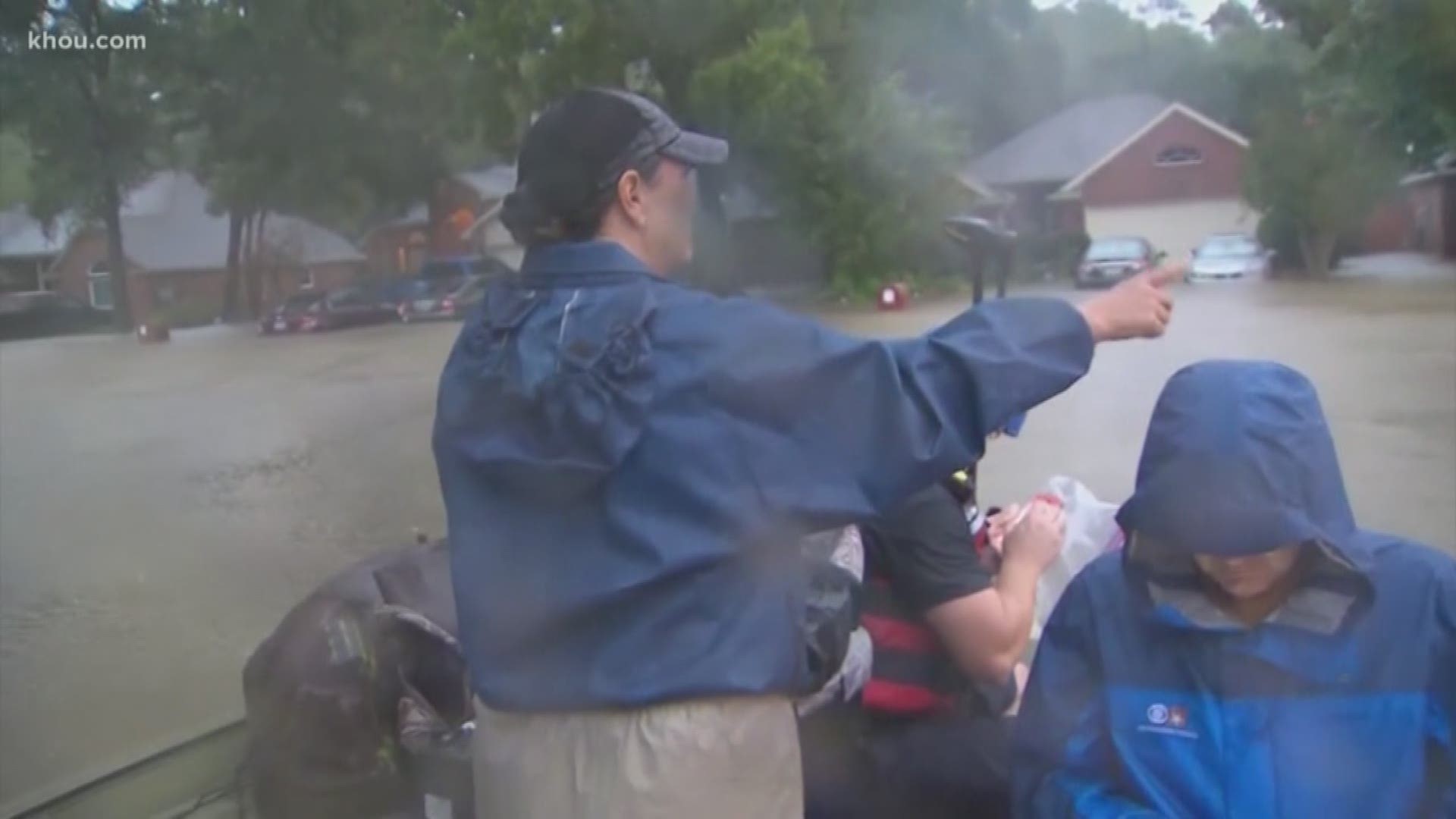 HOUSTON — More than $4 billion in new federal flood prevention funding will be managed by the Texas General Land Office, not the city of Houston or Harris County, according Gov. Greg Abbott.

“Houston and Harris County have proven that they are unable to ensure victims are receiving resources in a timely manner," Abbott spokesman John Wittman said Friday.

The U.S. Department of Housing and Urban Development's Community Development Block Grant for Mitigation comprises more than $4 billion in funding for "large-scale, regional projects that increase the state’s resilience to disasters statewide, protect lives and mitigate against future hurricanes and other natural disasters," according to a statement issued by Abbott's office.

Calling it the single-largest mitigation program in the state's history, Abbott said the funds will be focused on reducing “long-term risk of loss of life, injury, damage to and loss of property, and suffering and hardship, by lessening the impact of future disasters.”

"As we saw yet again with Tropical Storm Imelda, Harris County is the epicenter for catastrophic flooding in Texas," Harris County Judge Lina Hidalgo said in response. "That’s why we’ve taken action to lead the nation in applying fair, fast, and smart approaches to flood control. While we’re disappointed in Gov. Abbott's decision to run this program out of Austin instead of providing us local control, we’ll continue to work as a team to make sure we apply every single federal dollar available towards building a stronger, safer Harris County."

“The city will receive a direct allocation of $60 million of these flood mitigation funds and we are moving ahead with projects that will protect the lives and property of Houstonians. The city will continue to work closely with the General Land Office, including an effort by Houston and Harris County to receive $2 billion of the next $4 billion, reflecting the damage done by Harvey to our local communities.

“Initial control of the $4 billion by the GLO poses no challenge to the city. The challenge is getting flood mitigation funds to Houston quickly. Installing new infrastructure to lessen flooding as soon as possible is critical. The city will work with GLO to distribute flood mitigation money in a way that will honor Houston’s priorities, with street-level infrastructure projects as part of the mix.

“The city is already planning a huge storm water detention project at the former Inwood Golf Course and 10 new spillway gates on Lake Houston. These have received initial approval from the federal government in the form of hazard mitigation grants from FEMA. Other city projects await approval.

“If there will be any delay in the distribution and use of flood mitigation aid, it will come from the federal and state government. HUD finished writing the guidelines for the flood mitigation funds just two months ago (nearly 18 months post the congressional appropriation). The Texas GLO commissioner said it would take his agency nine months to come up with its state action plan. Houston/Harris County have nothing to do with that timeline.

“To be clear, these funds will help us prevent future disasters, not add to the funding for repair of dwellings damaged by Hurricane Harvey. Flood control and housing repair are separate government projects with separate rules and deadlines.

“As for the housing repair money, Houston/Harris County doesn’t get access to these funds until they have been appropriated and distributed. Everything that local governments do in this regard must first be approved by the state. When we are forced to seek approval from the state before we can spend a dollar to repair or reconstruct a single home or issue a reimbursement check, it is disingenuous for the state to blame local governments.

“Just ask the 90-year-old widow who lives in a flood-damaged house and who applied for assistance. We had to determine if she owed any child support – she doesn’t, of course – as one of dozens of checks we had to conduct before she could be eligible for federal money.”