Ford was previously convicted in Jefferson County for aggravated sexual assault of a 3-year-old boy in 1997, and he was sentenced to 30 years. 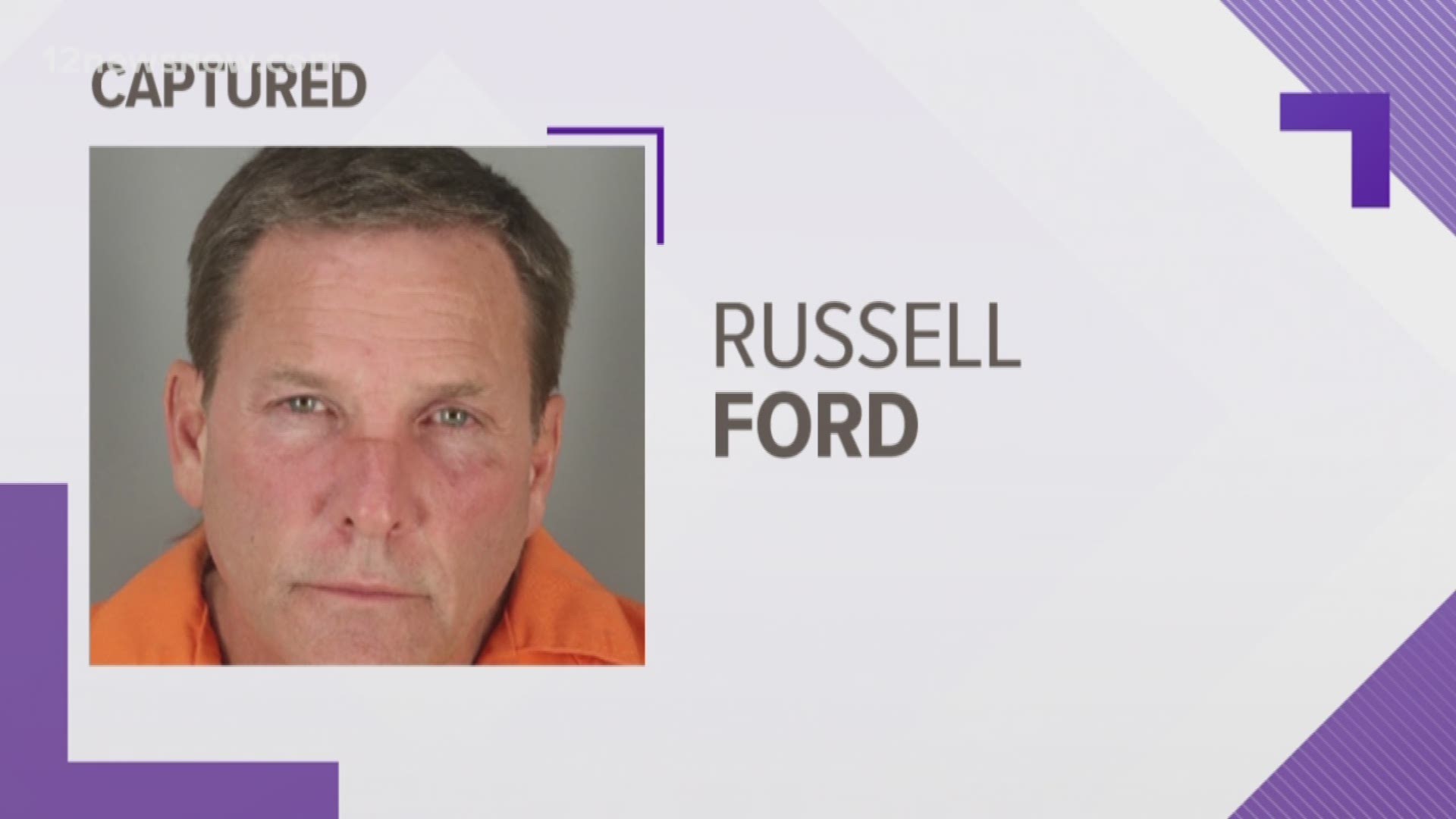 BEAUMONT, Texas — One of the top 10 Most Wanted Sex Offenders in Texas was arrested in Beaumont last week.

Russell Scott Ford, 57, was taken into custody Monday, Dec. 2. He was wanted for a parole violation and failing to register as a sex offender.

Since he was not arrested through a Crime Stoppers tip, no reward will be paid in his arrest.

Ford had been wanted since March 2019, when he disappeared from his last known address in Beaumont. He was previously convicted in Jefferson County for aggravated sexual assault of a 3-year-old boy in 1997, and he was sentenced to 30 years.

Texas DPS and other agencies statewide have captured 26 of the state's top 10 Most Wanted Fugitives and Sex Offenders in 2019 to date, which includes 14 sex offenders and nine gang members. Texas DPS has paid $40,500 in rewards for tips that have yielded arrests.

To be eligible for Texas Crime Stoppers rewards, which are funded by the Governor's Criminal Justice Division, this is how anyone can leave a tip.

All tips are anonymous. Anyone leaving a tip is assigned a tip number instead leaving their name.

Texas DPS said do not attempt to apprehend these fugitives, since they are considered to be armed and dangerous.