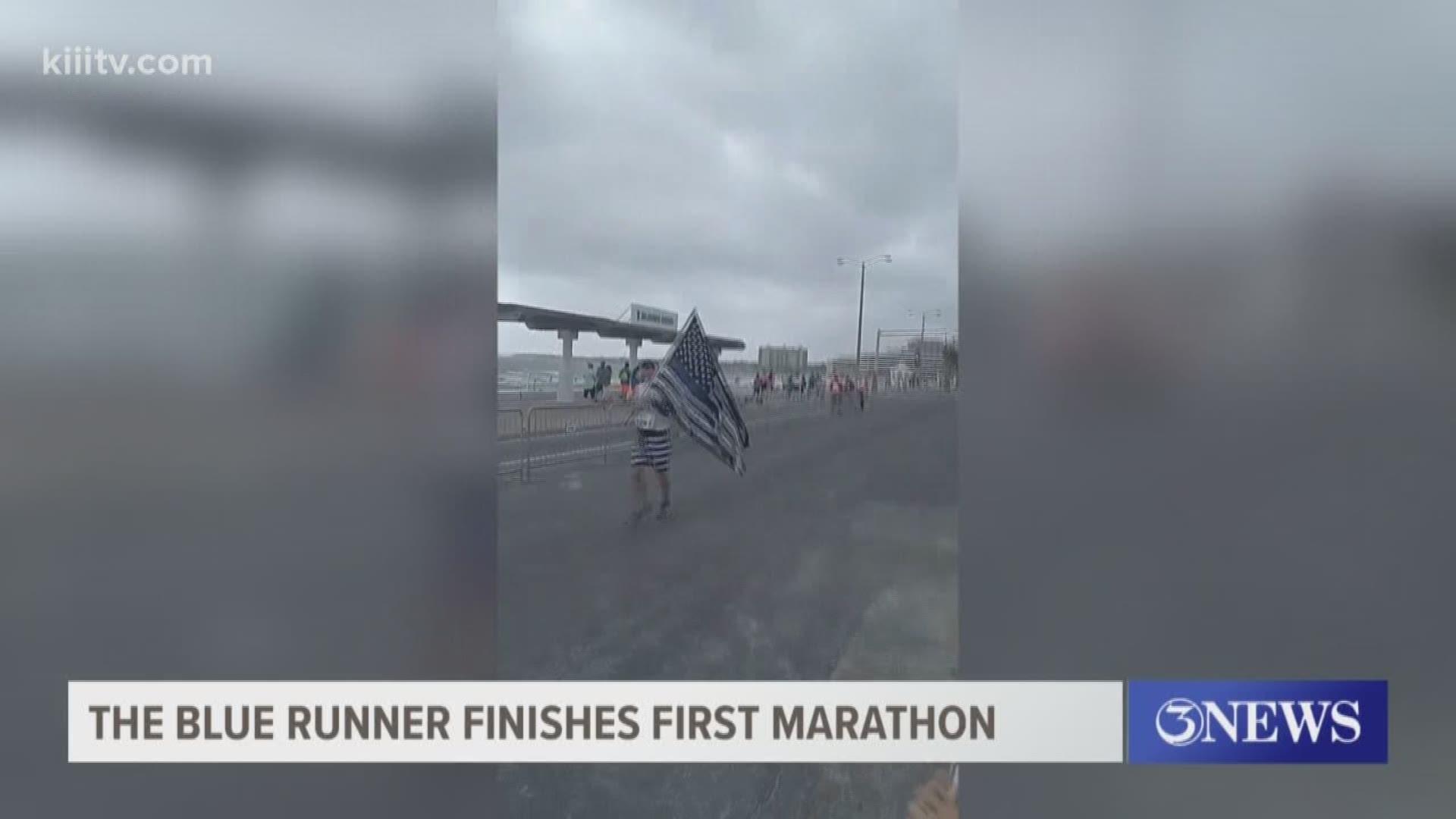 CORPUS CHRISTI, Texas — You may have seen Corpus Christi resident Joshua Taylor sport his giant flag while running along the Bayfront. Taylor said he started running with his black and blue flag to show support for the men and women who keep the public safe, like police officers.

What began as occasional runs, turned into a passion for Taylor. He's traveled across Texas to gather signatures on his 'Back the Blue' flag. Taylor started running in short races, ranging from three to five miles.

When 3News first met Joshua and his children in February of 2018, he said he had plans to eventually run a marathon.

On May 18th, during the Beach To Bay Marathon, Taylor, accomplished his goal.

"I never even imagined coming close to doing it," he said.

As you can probably imagine, running for 26.2 miles takes a toll on the body. Joshua said he felt it as he approached mile 17, right after making his way through NAS Corpus Christi. He suffered a leg cramp.

"I fell, I could just not move, and I had two Border Patrol agents come up to me and say 'no you're gonna finish' and just really inspired me and encouraged me to keep going and they walked with me," Taylor said.

Eventually, Taylor pushed through the pain. With each step, he remembered the men and women he runs for.

"I didn't think that finish line would ever come, it seemed to get further and further away the closer I got, and to have my kids and my family there with me it just, it meant the world to hear them cheering me on and that's what was able to push me through."

After he finished, Taylor said his legs were sore and his stomach was ready for food. As he was awarded the shiny, 'finisher' medal, Taylor said it wasn't for him; it's for the men and women who were killed in the line of duty or maybe, cannot run anymore.

Here's where you find follow The Blue Runner's Journey.