The National Weather Service for Austin/San Antonio confirmed that a tornado had touched down near Liberty Hill on Sunday. 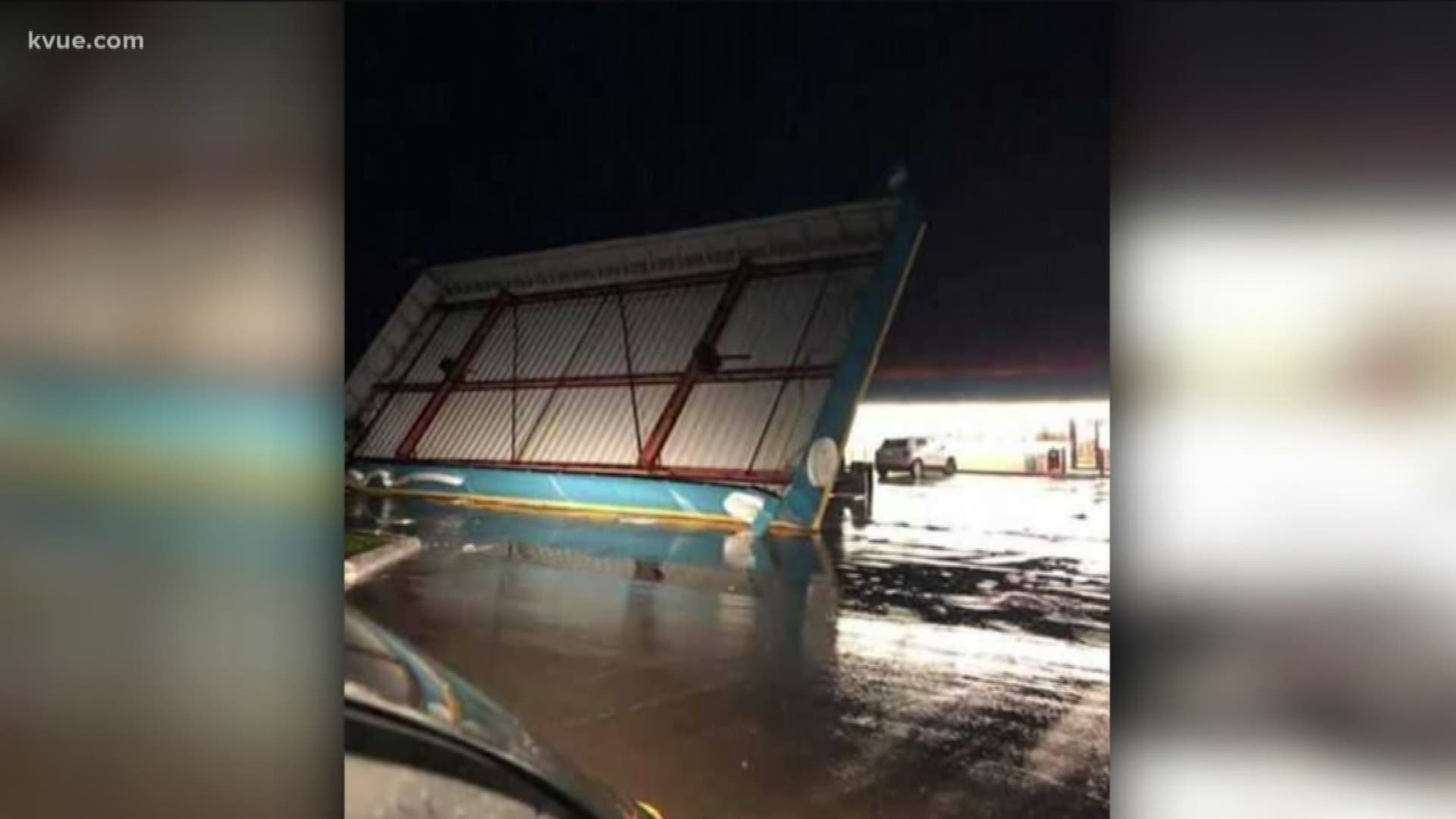 LIBERTY HILL, Texas — **The video above is from damage during the same storm event in Lockhart, Texas.**

The National Weather Service for Austin/San Antonio confirmed on Monday that a tornado touched down near Liberty Hill Sunday night.

Storms moved through the area Sunday evening and at 6:34 p.m., it has been confirmed that a tornado touched down near Liberty Hill.

The NWS confirmed the tornado based on eyewitness reports and tree damage pictures sent to the NWS office.

The tornado was reported to be an EF-0 with winds ranging from 65 to 85 mph and only touched down just west-southwest of town, near the Burnet, Williamson and Travis County line.

No injuries have been reported involving this tornado.