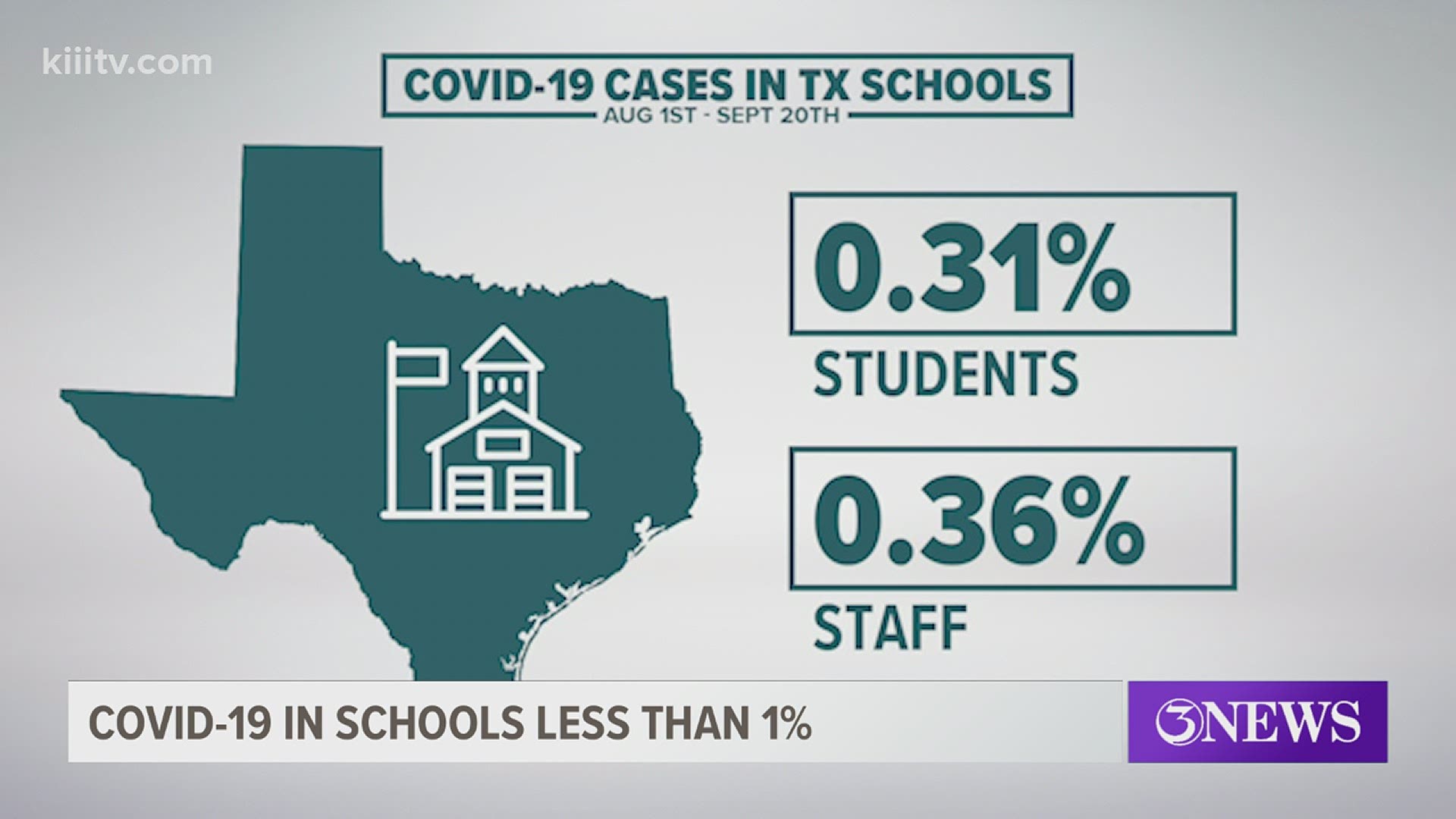 CORPUS CHRISTI, Texas — As schools across Texas adapt to new changes brought on by the coronavirus pandemic, the State Health Department and Texas Education Agency are working together to track COVID-19 cases in the classroom.

The state launched a data base earlier this month. So far more than thirty-four-hundred students across Texas have tested positive.

When it comes to positive cases at our local schools Health Director Annette Rodriguez says the health district hasn't seen a lot of cases from in person learning.

“What we've seen is that they do call us, and they do report the positives, but the majority of them have been virtual. So, these kids are at home in school virtually, but they're still getting sick,” said Rodriguez. “Which tells us what we all know is that we have a lot of community transmission and that's what we're seeing.”

Between August 1 and September 20, less than one percent of students and staff members across the state have tested positive.

Rodriguez says this makes sense because most students are learning from home.

“I believe the numbers to be very small right now, very reasonable. Again, we're using those numbers as a baseline because we wanna see what happens October 5 if everybody decides to go ahead and start back to school instruction at a much higher capacity than what they're at right now,” said Rodriguez. “That's our concern."

Now CCISD is working to implement the next phase of their reopening plans separating students out by four feet apart instead of the CDC's recommend six feet. Rodriguez says this is concerning,

“This four feet between people. one cough one sneeze, you got a lot of kids now that are gonna pick up COVID-19 and that's unfortunate,” said Rodriguez.

A spokesperson for CCISD releasing this statement saying "Maintaining a distance of 6 feet might not be possible when higher numbers of students must be accommodated."

As we approach flu season during a pandemic Rodriguez says parents should ask their children about their day to find out what practices are being used at school.