VERIFY: Will all cruises require a passport in 2021?

You don't currently need a passport to cruise in and out of the same U.S. port, and that's not changing, but it is recommended to travel with a valid passport. 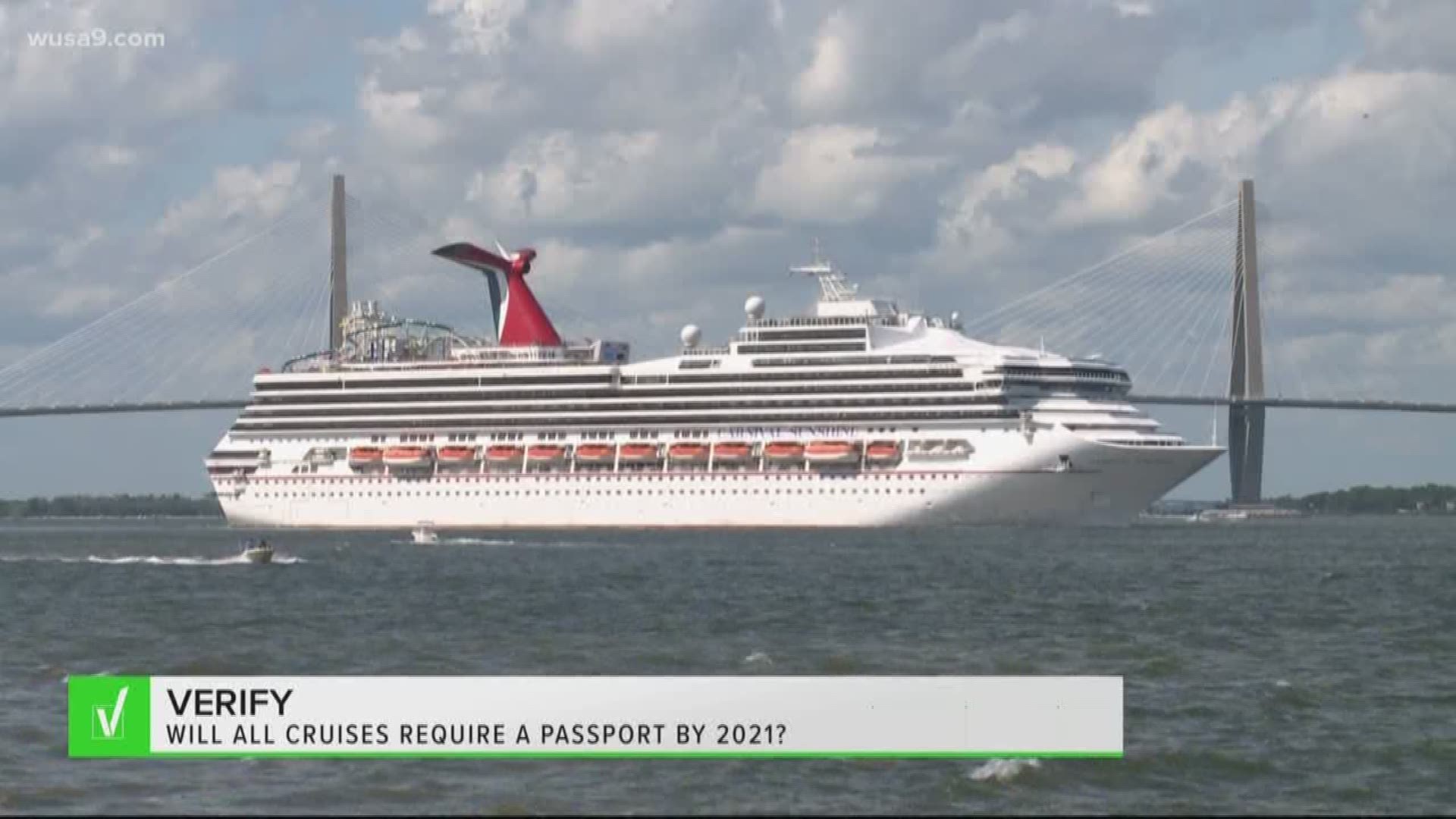 A viewer saw a post on Facebook that said by 2021, you will need to bring a passport on all cruises. Is that true?

Depending on the destination, you do not currently need a passport for all cruises. That's not changing in 2021.

Norwegian Cruise Line website , "What About Documentation, Visas and Passports?"

Viewer Matthew Faw emailed the Verify team after seeing a post on Facebook that said by 2021 everyone going on a cruise must have a passport.

He asked us to verify, is that true?

The State Department recommends that everyone taking a cruise from the U.S. should pack a passport, but that's just in case of emergency, like having to be medically evacuated to a nearby country or a storm forcing your ship to an alternate port.

Technically, though, you do not need a passport on a "closed loop" cruise, which is a cruise that begins and ends at the same port in the U.S. That is not expected to change in 2021.

We checked with cruise lines Carnival and Norwegian, who said there are several closed loop options, like cruising to Alaska, The Bahamas, the Caribbean and Mexico, where you don't need a passport; an original birth certificate and government issued photo ID will suffice.

"It it a good idea to have a passport in case you have to leave the cruise early in the event of an emergency," Vance Gulliksen, PR Manager for Carnival, said. "It makes your return to the U.S. much easier."

"If you miss your ship at its scheduled U.S. departure port and need to travel outside the U.S. to meet your ship, or should you unexpectedly need to depart the ship from a foreign port prior to the end of sailing, a passport would be required to leave or re-enter the U.S. by air," Norwegian Cruise Lines says on its website. "To that end, Norwegian strongly recommends all guests obtain a passport for their voyage on any Norwegian vessel."

So, we can verify this post is false. You won't need a passport to cruise in and out of the same U.S. port  in 2021. However, while there's nothing particularly important about 2021, it is strongly recommended to travel with a valid passport.

The State Department recommends checking the passport requirements for all the places you plan to visit on your cruise. Even on some closed loop cruises, some of the destinations may require you to present a passport at the port to go on shore. Gullisken said that is the case for Martinique and Bermuda.

RELATED: VERIFY: Can you skip renewing a valid license if the MVA hasn’t notified you about REAL ID?

RELATED: Verify: Will 'Mobile Passport' app get you through customs faster?