Verify: 'Dangerous metals' found in baby food are NOT regulated by the FDA

A congressional report revealed dangerous levels of Arsenic, Lead, Cadmium, and Mercury in baby food, known to cause neurological issues. 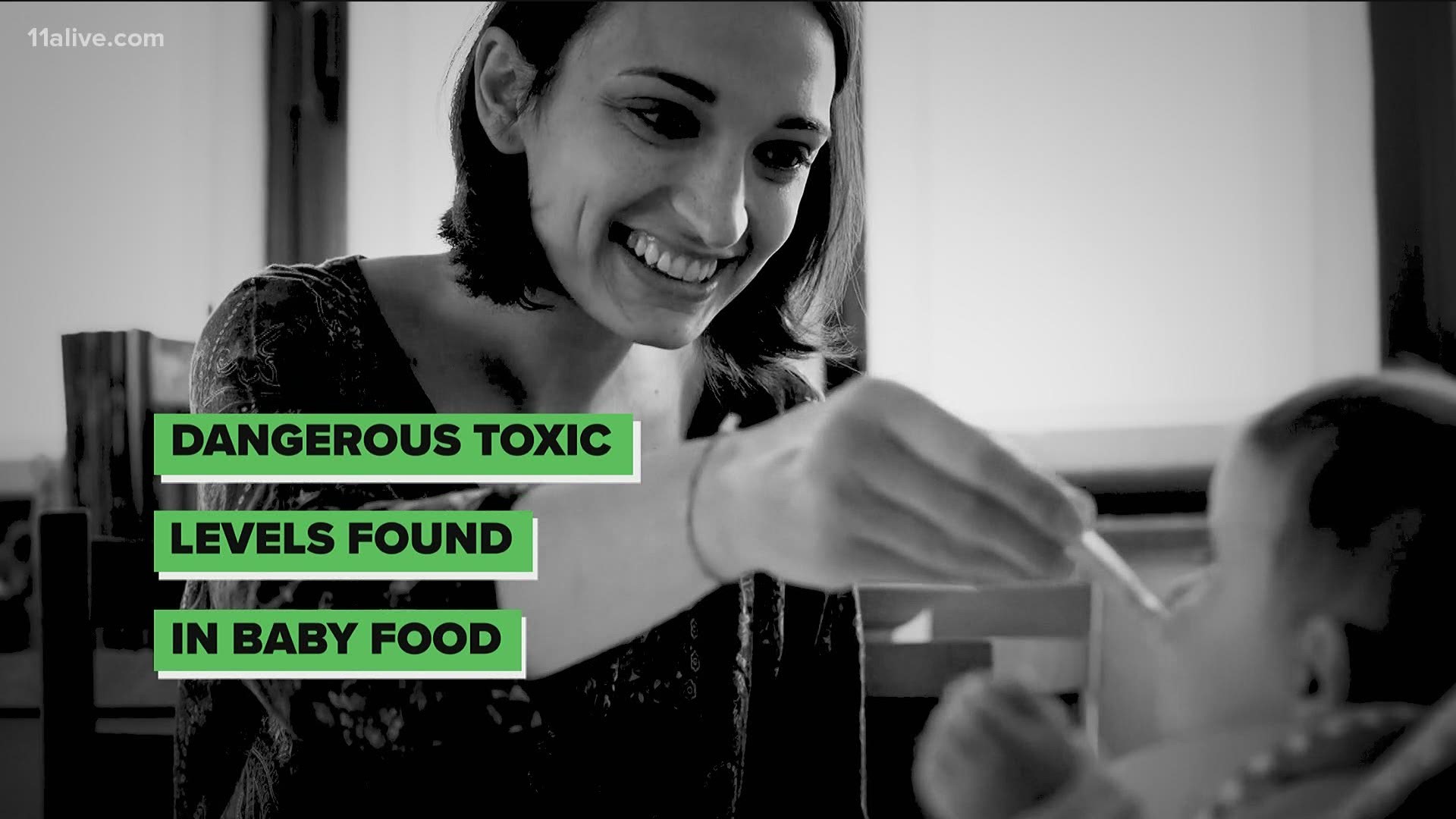 Exposure to these metals is known to cause permanent neurological damage, especially in children.

Freddie said she heard the Food and Drug Administration does not regulate the ingredients in baby food. She asked our Verify team to find out if it's true and if so, why?

No, according to the Food and Drug Administration (FDA), there is no federal regulations involving metals in baby food.

A Congressional report detailing "dangerous levels of arsenic, lead, cadmium, and mercury" being found in baby food has spurred a lot of conversation around the country about the potential dangers.

It's a follow-up to a 2019 report from a consumer advocacy group that claimed there were dangerous levels of toxic metals in baby food.

The Congressional Committee reached out to seven companies that produce baby food and requested their internal testing data. They were specifically looking for arsenic, lead, cadmium, and mercury within the baby food.

They said they found "dangerous levels of toxic heavy metals" in varying amounts, in certain baby foods that could cause neurological damage.

RELATED: VERIFY: No, there is no metal in the COVID-19 vaccine

Dr. Aparna Bole, a specialist who also sits on the board of the American Academy of Pediatrics, said the report raises concerns.

The FDA doesn't control the amount of metals found in baby food and has few regulations on these toxic metals in our food and drinks generally.

“We acknowledge that there is more work to be done, but the FDA reiterates its strong commitment to continue to reduce consumer exposure to toxic elements and other contaminants from food," an FDA spokesperson told NBC News in a statement.

The FDA said metals like arsenic and lead are already in the environment and get into food products through water, soil, and air.

RELATED: VERIFY: Can healthcare providers charge an administration fee for the vaccine?

They said they monitor levels in baby food and other food products, and their scientists work with companies to test levels and create solutions.

11Alive asked Dr. Bole what lawmakers should do and if FDA regulation would help, in her expert opinion.

“Yes, I think testing and guidelines are important. I think it’s important for the transparency that provides for parents and I think that would be welcomed for baby food manufactures as well so that they have sort of transparent guidelines that they can all follow," Dr. Bole said.

So, Freddie, we can Verify the Food and Drug Administration does not regulate what goes into baby food.

11Alive's Verify team is here to fact-check claims being shared in the community and online. Fill out the form below with something you'd like us to Verify.