Verify: Are DPS surcharges for traffic offenses going away Sept. 1?

Drivers are still required to pay their surcharge installment payments until Sept. 1. 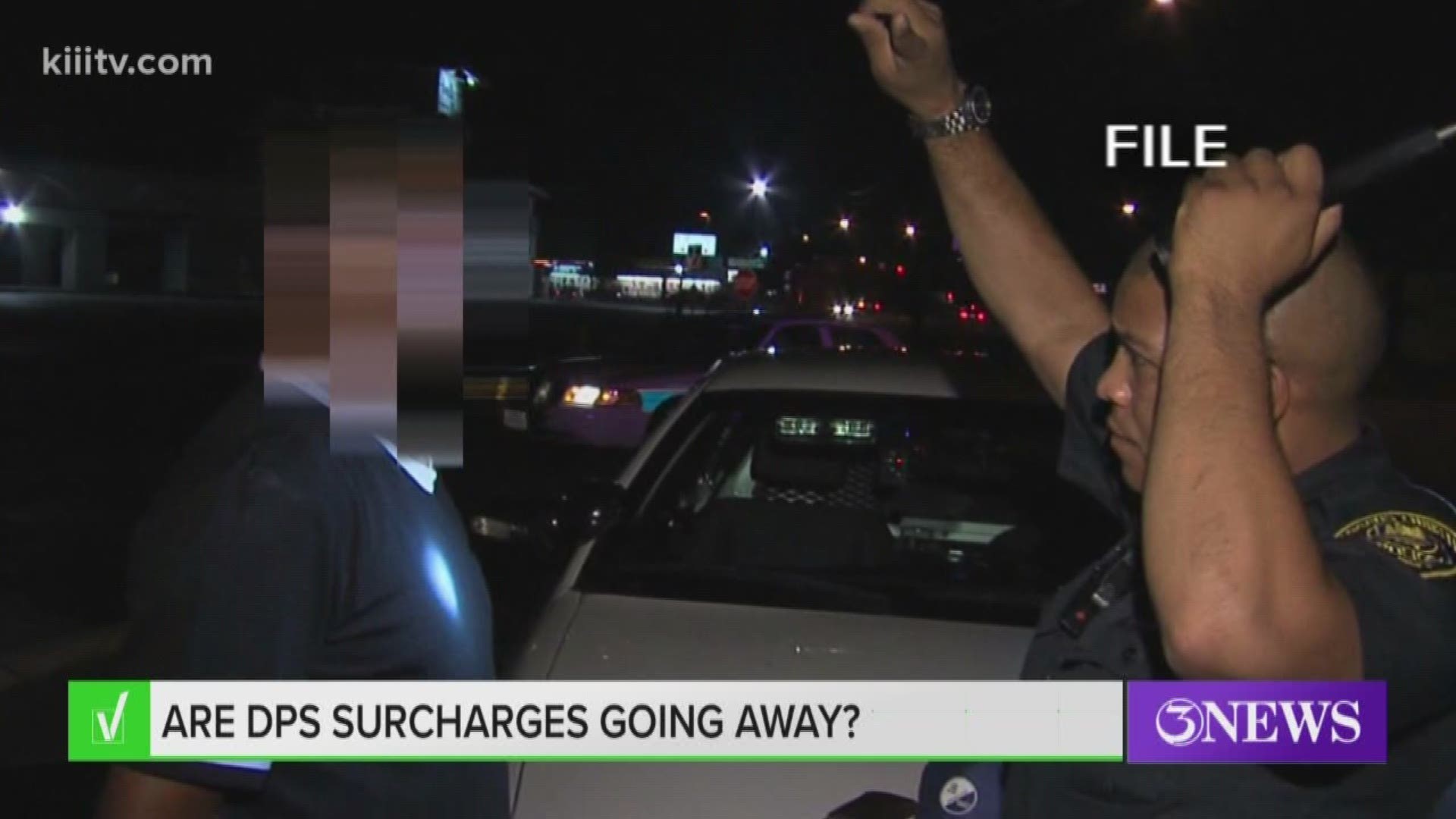 CORPUS CHRISTI, Texas — In recent years the Texas Department of Public Safety had a policy in place that required motorists convicted of certain traffic offenses to pay an extra fee or surcharge on top of any fines or penalties for the actual traffic violation.

A 3News viewer left a message on our Facebook page asking if the surcharges are going away as of Sept. 1.

Recently Governor Greg Abbott signed House Bill 2048 ending the driver responsibility program. The program required Texans who were convicted of certain traffic offenses after Sept. 1, 2003, to pay an annual surcharge on top of criminal penalties and court fines in order to maintain their driver's licenses.

Individuals who were convicted of one of those offenses were forced to pay the following annual surcharge for three years after the conviction:

The change in the law will allow almost 1.5 million Texas drivers with suspended licenses back on the road. According to DPS figures from May:

Most 400,000 Texas drivers will be eligible to have their suspensions lifted after taking care of other reasons like failure to pay or failure to appear.

After Sept. 1, all surcharge assessments will be waived and no future surcharges will be assessed after. You will still be responsible for any other suspensions, fines or fees on your driving record.

Drivers are still required to pay their surcharge installment payments until Sept. 1.

If you have something you would like us to Verify, just send us an email at verify@kiiitv.com.