"It's an honor that they're doing this for the Vietnam veterans it's well deserved they gave their time and sacrifice," Martinez said. 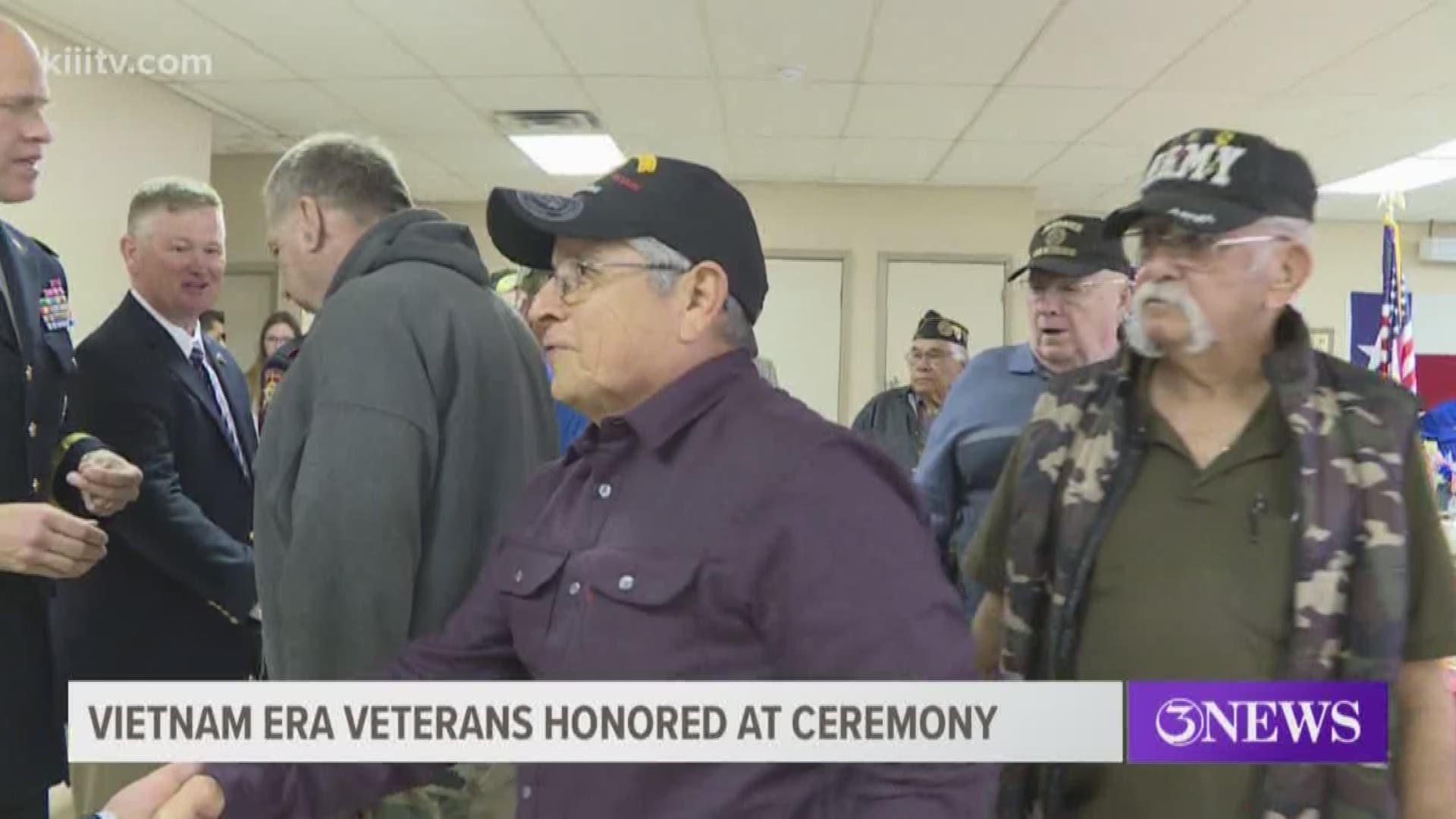 KINGSVILLE, Texas — One Vietnam Veteran after another walked over to receive a special pin for their service to our country on Monday in Alice and Kingsville.

Congressman Filemon Vela pinned the first of about two dozen men who were honored on this day.

"Really an honor for all of us here to be recognized by the way we were today it's a beautiful thing I was a 17 year old at the time," Luis Nava, a Vietnam Veteran said.

Jerry Martinez lives in Rivera and went to The American Legion Hall to be a part of the ceremony.

Martinez, a Vietnam veteran, is part of a quilting organization who honors veterans with a quilt and he did just that on this day which was reserved for those who fought and served during the Vietnam.

"It's an honor that they're doing this for the Vietnam veterans it's well deserved they gave their time and sacrifice," Martinez said.

Sheriff Richard Kirkpatrick, District Attorney John Hubert and County Judge Rudy Madrid all took part in the event designed to give thanks to veterans from a grateful nation.

"I applaud congressman vela and jumped at the opportunity to be here with you today to and yes pin a lapel pin on you it's a small token but really to look you in the eye and say thank you," Gregory P. Chaney, Commander of the Texas Army, said.