What in the fish?! Fish smacks trucker's windshield after dropped by bird over I-73

Barry Poff was crossing Randleman Lake when...SPLAT! Is that a fish?! 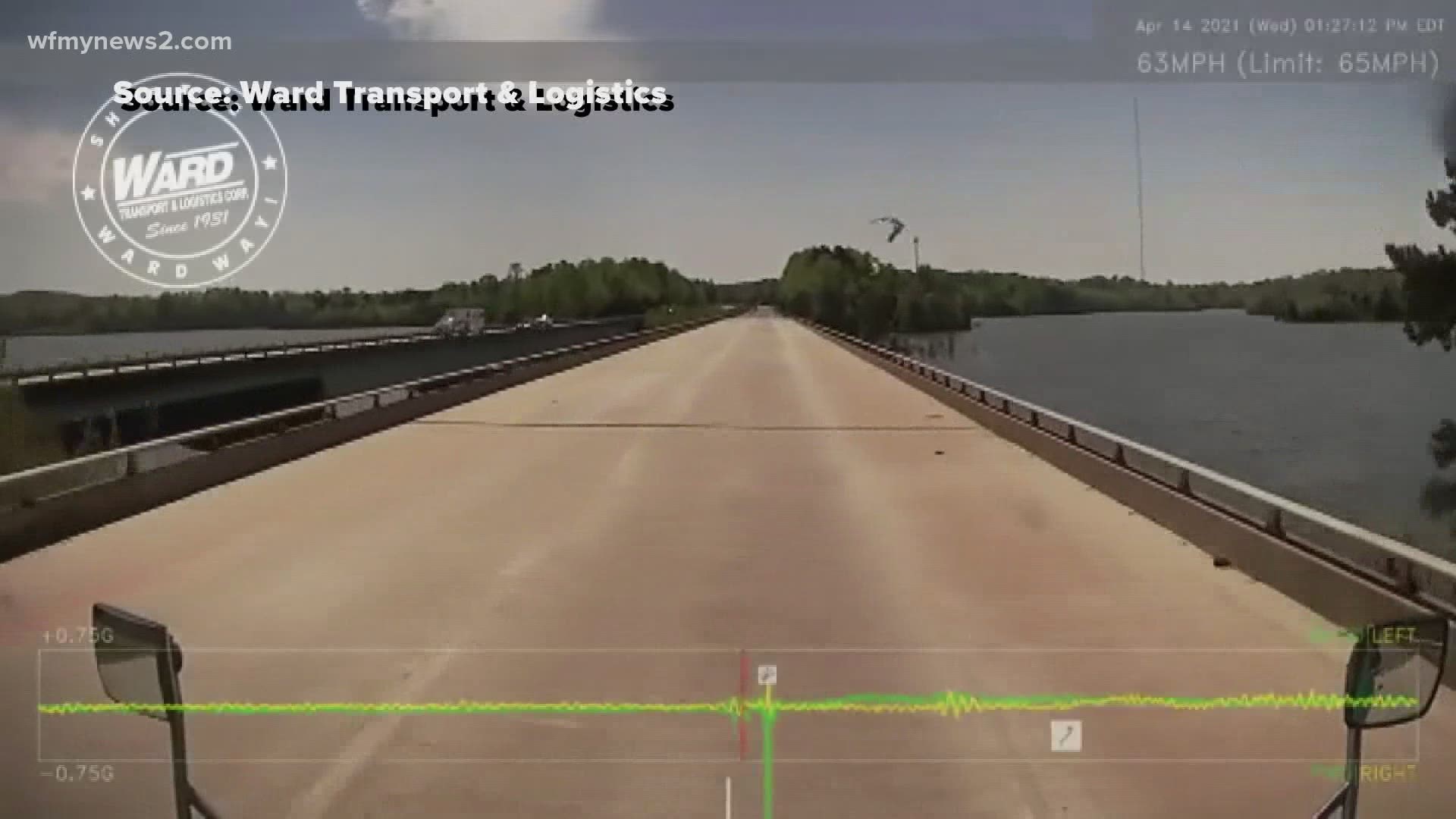 RANDOLPH COUNTY, N.C. — Rolling down the highway, you're bound to have some bugs splatter on your windshield. But, a fish?!

It happened to a truck driver on I-73 in Randolph County. A bird dropped an unlucky fish from the sky, right onto Barry Poff's windshield as he was crossing Randleman Lake.

Video from the truck's windshield shows the moment when the bird flies by and drops the fish.

The video was posted on social media by Ward Transport and Logistics, a trucking company based in Charlotte.

The video doesn't have sound, so we don't know how Poff reacted right at that moment, but we asked him.

"I just couldn't believe it. It was just - just the clear view of the bird dropping the fish and hitting my windshield," Poff said. "It was just an amazing shot and just unbelievable."

Poff said the fish broke his windshield! He pulled to the side of the highway after that.

Now we just want to know, is the bird going to foot the bill?