Nueces County is going to have a contractor do a cement core analysis of the support beams that hold the pier in place. 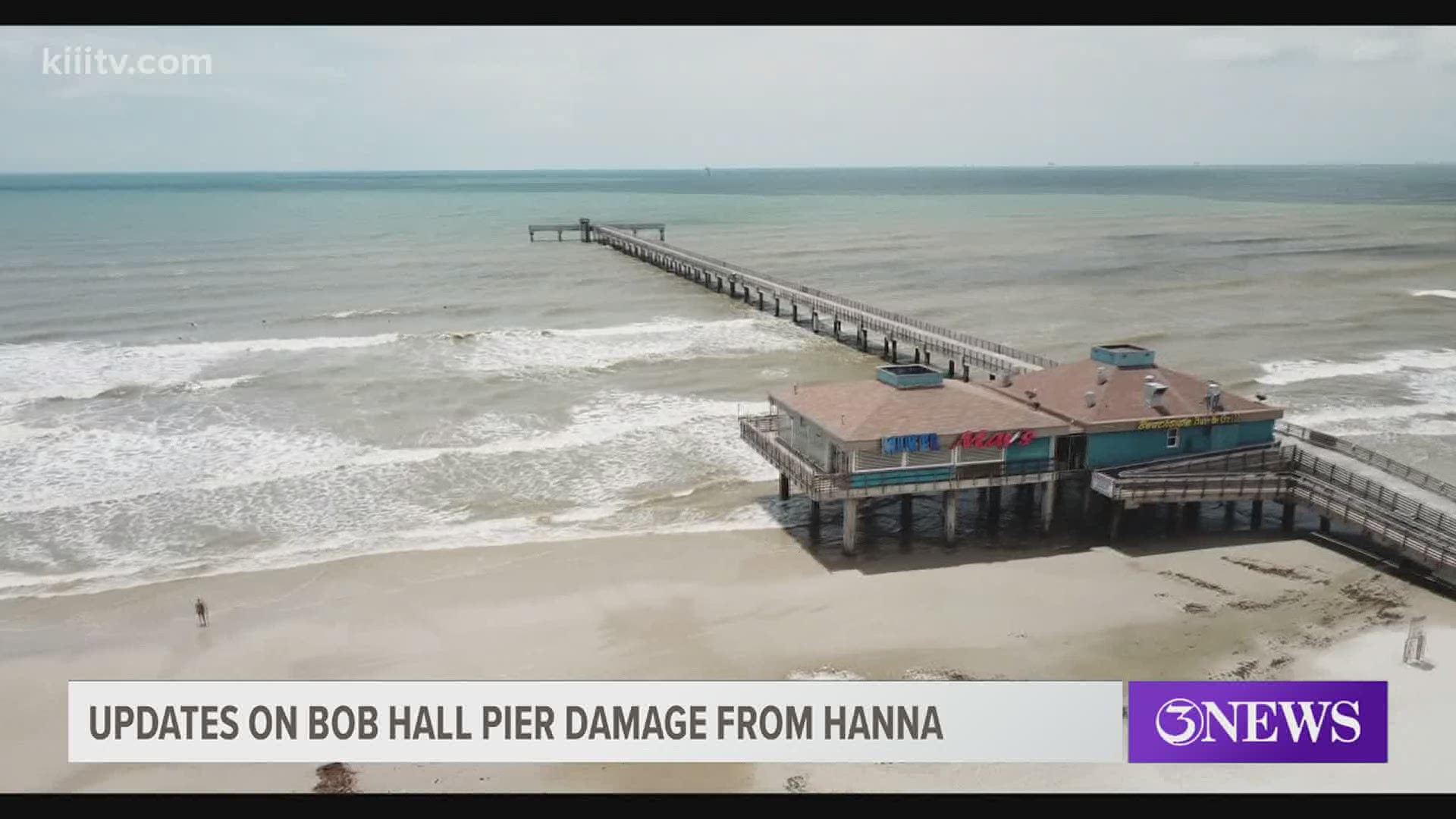 CORPUS CHRISTI, Texas — A preliminary damage report on Bob Hall Pier is supposed to be ready sometime this week. In the meantime, Nueces County officials have agreed to hire a subcontractor to do a more in-depth forensic analysis of the structure.

After Hurricane Hanna hit back on July 25, the storm surge from that hurricane left Bob Hall Pier damaged. It has been shut down since that time because no one is sure if it is structurally sound. There’s a possibility that the entire structure could be rebuilt.

Nueces County was part of the area included in the federal declaration of disaster. That means if the pier must be rebuilt, the federal government would pay for 75-percent of it while the County would have to cough up the remaining 25-percent.

The County is going to have a contractor do a cement core analysis of the support beams that hold the pier in place. That’s to see if there’s enough damage to warrant a total rebuild of this Padre Island landmark.

“They will actually do bores and they will create a concrete bore and that will be able to tell these engineers a lot about the status of what’s happening underneath. There’s no visual inspection that will tell you what’s happening inside,” said Nueces County Judge Barbara Canales.

Once that submit core analysis is completed, a final decision on the fate of Bob Hall Pier should be known within 30 days.

If the pier has to be rebuilt -- that cost has been estimated to be anywhere from five to $10 million for a brand new 1,000 ft.³ Bob Hall Pier.