Paulina Hernandez was kidnapped at gunpoint by Thomas Hutchins on Thursday, according to Corpus Christi Police. She was found Saturday, 2 sources tell 3News. 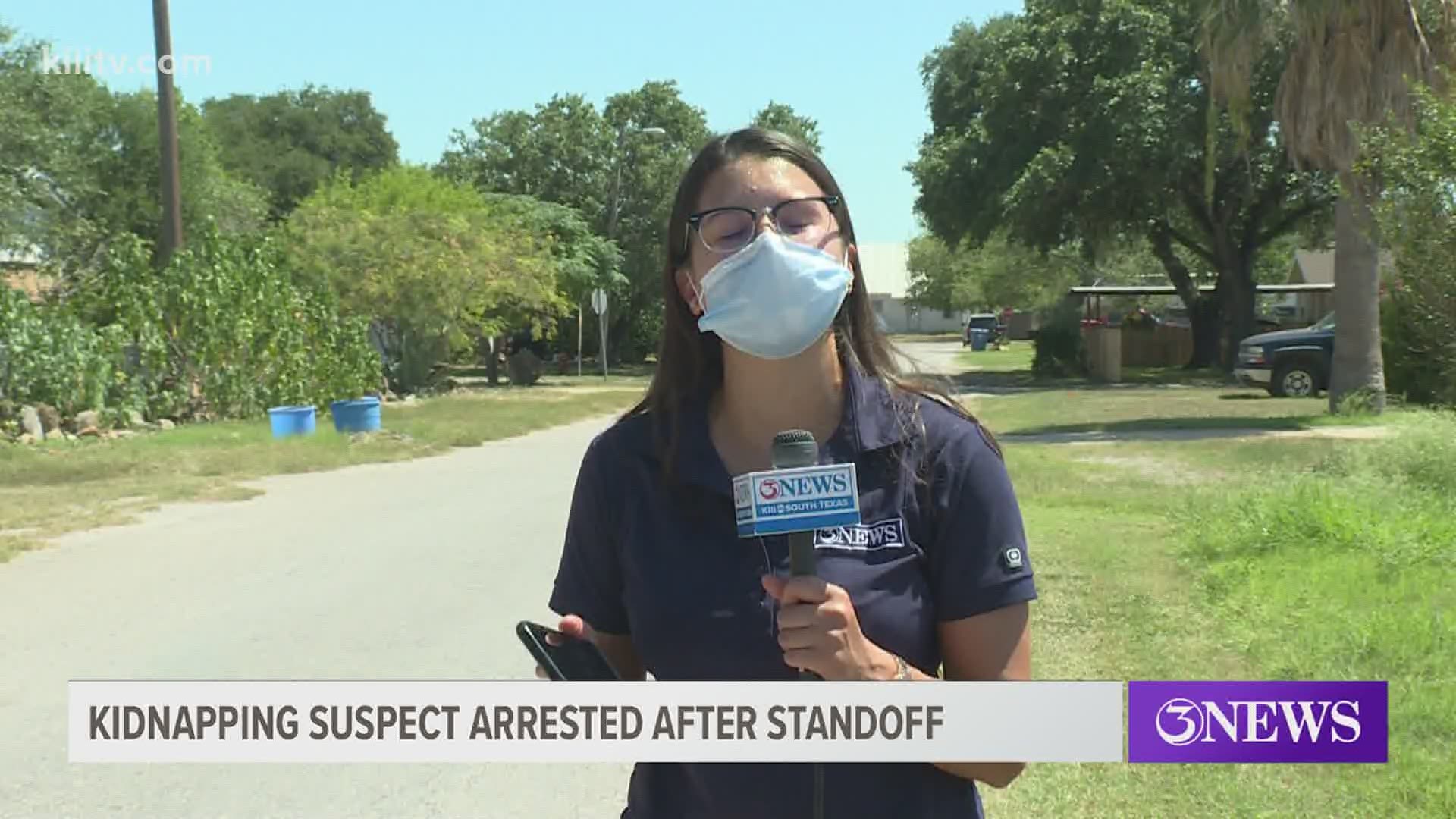 Paulina Hernandez, the 22-year-old woman who was kidnapped from her home at gunpoint by her ex-boyfriend early Thursday morning, has been found safe and alive, two sources tell 3News.

Her ex-boyfriend, Thomas Hutchins, is now in police custody at this time. 3News' Ashley Gonzalez is on scene. Law enforcement on scene say Hutchins was locked inside of a residence in Three Rivers and was engaged in a standoff with police. It is unknown whether he was armed or not.

According to CCPD, the outstanding warrants include Aggravated Kidnapping ($80,000 bond), Aggravated Assault ($40,000 bond), and Burglary of a Habitation With an Intent to Commit Another Felony ($50,000 bond).

“We want to thank the community for their assistance in locating Paulina," stated the Corpus Christi Police Department on their Facebook page.

Authorities say Paulina Hernandez was kidnapped at gunpoint by her ex-boyfriend on the morning of August 13 but was found safe on Saturday, August 15.

A CLEAR Alert has been issued for 22-year-old Paulina Hernandez who police say was kidnapped at gunpoint from her home on the 6000 block of Airstream in Corpus Christi early Thursday morning.

Thursday at 2:00 a.m., police were dispatched to the 6000 block of Airstream for aggravated kidnapping. Police say "23-year-old Thomas Hutchins entered the residence of his ex-girlfriend 22-year-old Paulina Hernandez without consent."

According to witnesses Hutchins told Hernandez to leave with him at gunpoint. They were last seen leaving in a Blue in color 2015 Honda Civic with Oklahoma plates (DLH434).

Paulina Hernandez was last seen wearing a blue tie-dye t-shirt. Hernandezis described as a 22-year-old female, who stands 5’04”, weighs approximately 215 pounds, with brown hair and brown eyes. Hernandez is believed to be in danger.

If you have any additional information about this aggravated kidnapping, call 911.