"You think that you can send something to your home because that's your safe spot,” she said. 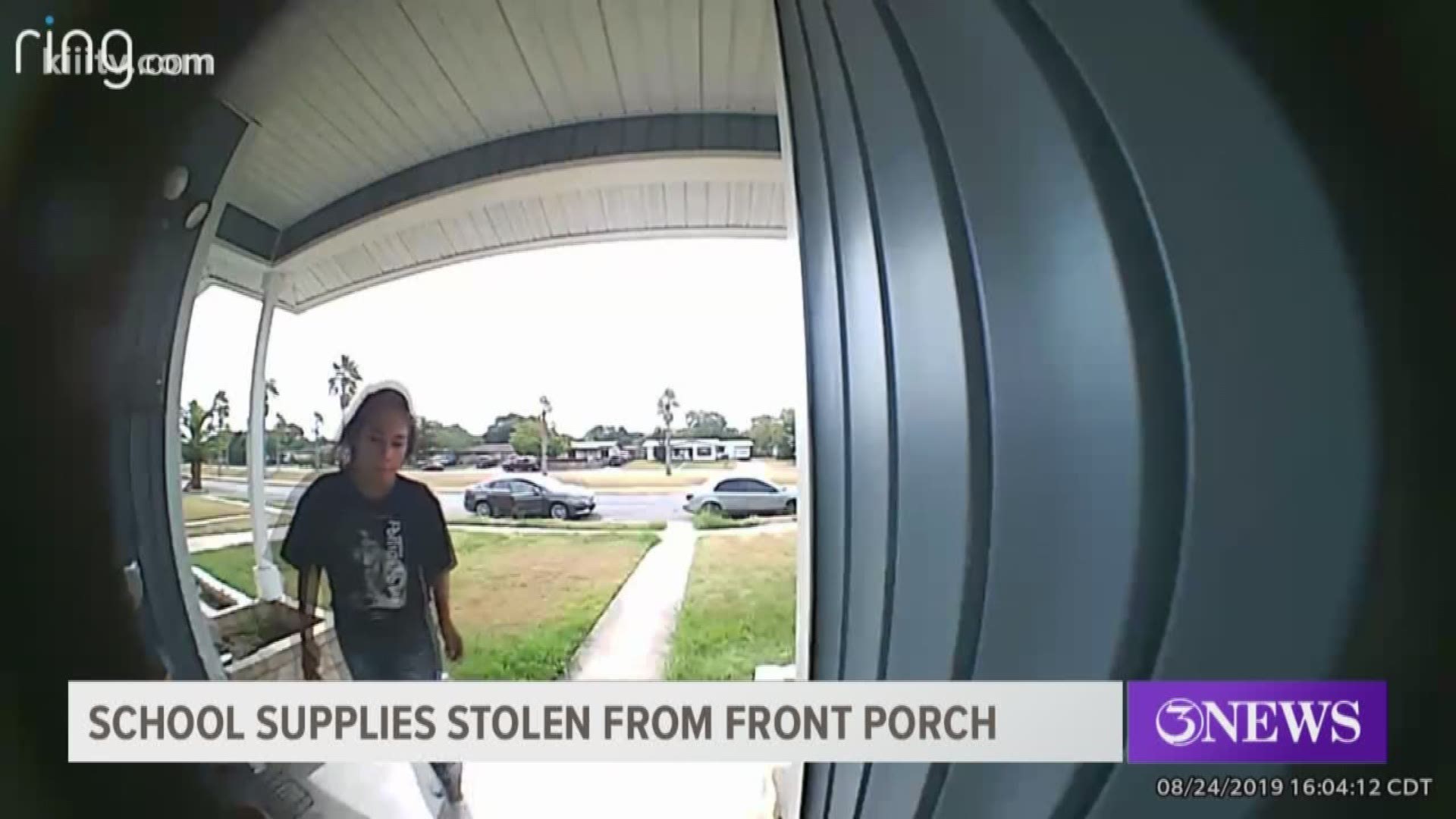 CORPUS CHRISTI, Texas — One teacher is left having to redo her entire lesson plan after packages filled with school supplies were stolen right off her front porch.

The boxes held close to 200 dollars’ worth of binders.
Fourth grade teacher Abby Almaguer said she planned to use them for her math curriculum.
“So, I was just going to take the curriculum home with me and just stuff then at home and bring them back on Monday,” Almaguer said.

But now she can't do that.
Almaguer said during the middle of the day on Saturday a woman ran up to her front door and stole her packages.
She said her drive way was filled with cars and there were plenty of people home at the time.
Almaguer said the only reason no one went to the door was because at first glance they thought it was her but soon after realized that wasn't the case.

“It was just ridiculous how bold they were to go and get the first package run back to their car and get the second package,” she said.

She says she always gets things delivered to her home, but now she doesn't know what to do.

"You think that you can send something to your home because that's your safe spot,” she said. That's where you get things delivered and you can't even trust that.”
Almaguer said she has filed a police report and anyone who may know the suspect involved please contact CCPD.

She did share her story via social media and has already received enough donations to buy more binders.