Miller advances to round three in the playoffs; Alice falls short.

Miller advances to the Regional Round of the playoffs and will take on Boerne on Friday, November 27, at 7:30 p.m. at the Alamodome in San Antonio. 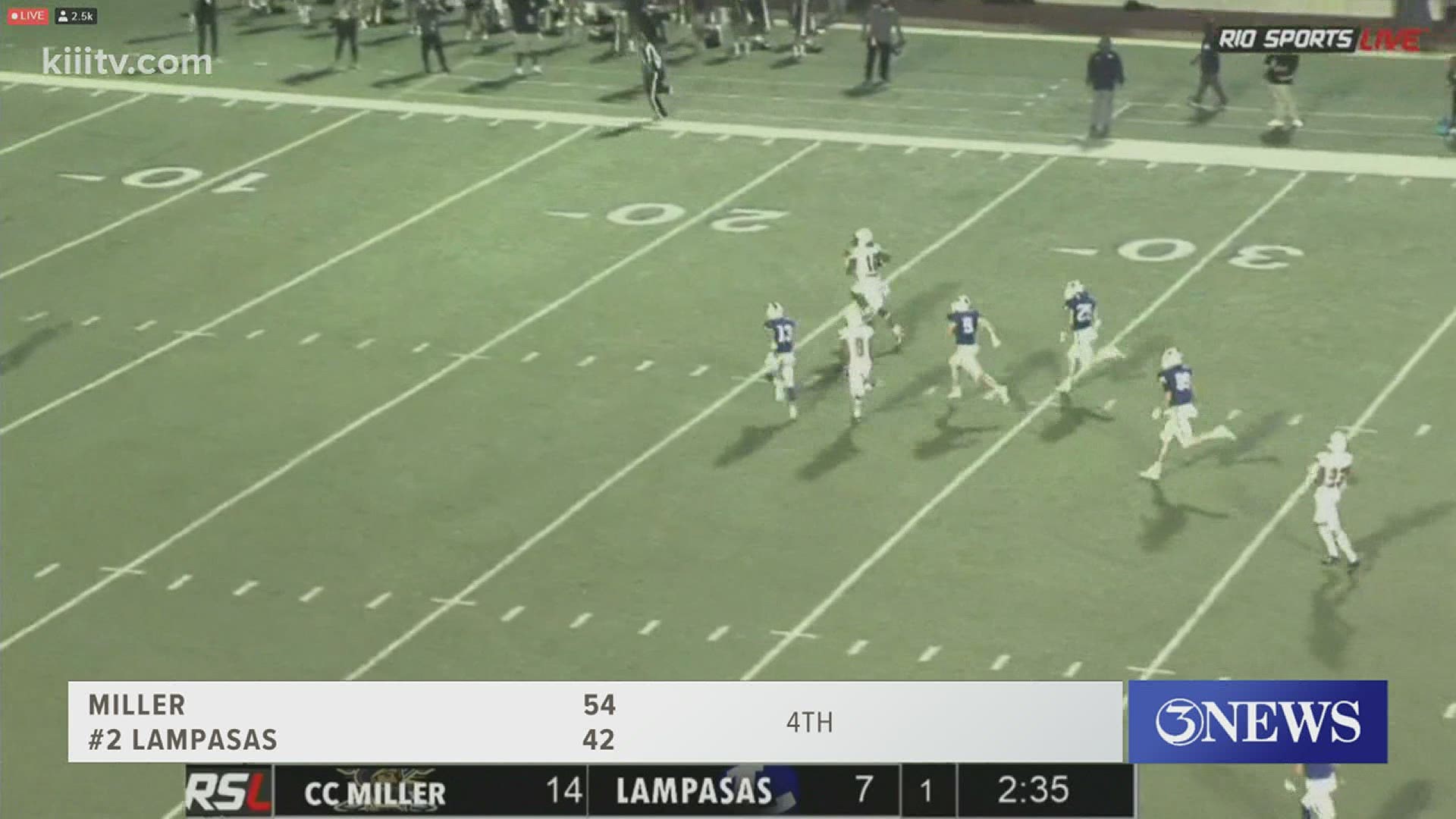 The first game of the day featured the Alice Coyotes taking on the Jaguars of LBJ Austin up in Seguin. Austin got out to a fast start as they returned the opening kickoff for a touchdown.

Alice also turned the ball over on the next two kickoffs which led to two touchdowns for the Jags. They posted 20 points before the Alice offense even got on to the field.

The good guys playing from behind most of the game were able to find the end zone, but couldn't stop LBJ's powerful offense. Alice looses to LBJ Austin 72-to-20.

LBJ advances to the Regional Round with a matchup against Calallen. That game will be played Friday, November 27 at 7:30 p.m. in Jourdanton.

The Miller Bucs were also on the slate taking on the number two state ranked Lampasas Badgers at Dub Farris Stadium in San Antonio Saturday night.

Lampasas would get on the board first with a quick touchdown drive finished off with an eight yard run, but Miller would come storming back.

Andrew Body had a quarterback keeper and took it to all the way to the house to tie it up at 7-7.

On the next drive, the Bucs defense stepped up with an interception of quarterback Ace Whitehead. Then, it was Body again with a 50 yard bomb to Lonnie Adkism, the same young man who just had the interception.

The Miller defense would make another big stop and Body called his own number again with another score on the ground from about 50 yards out.

Miller took a 21-7 lead in the first quarter.

The two teams would continue trading punches all night, the ball game came down to the final seconds as the Badgers were down by five points and needed a touchdown.

They were on the 5 yard line facing a 4th and 1. The Miller defense once again held strong, forcing a turnover on downs effectively ending the game.

Miller came away with the upset victory by a score of 54-to-49.

Miller advances to the Regional Round of the playoffs and will take on Boerne on Friday, November 27 at 7:30 p.m. at the Alamodome in San Antonio.