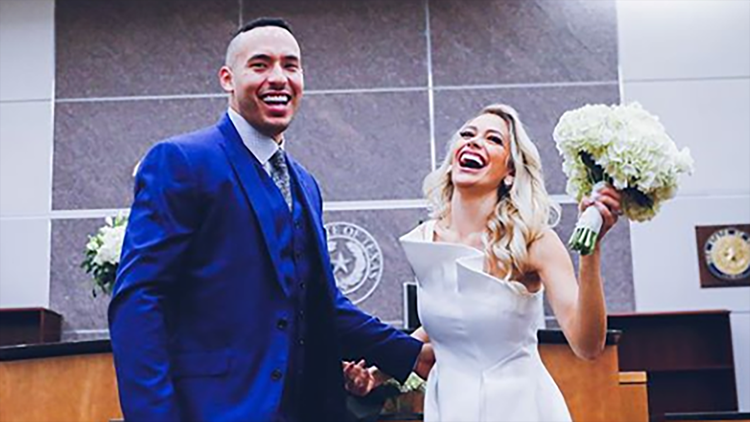 The Astros' star shortstop and 2016's Miss Texas sealed the deal after two-plus years of engagement.

Many remember Correa's proposal immediately after the Astros won the 2017 World Series.

Rodriguez announced the marriage on Instagram on Monday afternoon in what appeared to be a Texas courthouse.

Correa, 25, and Rodriguez, 23, will reportedly hold their wedding in the Dominican Republic next month.

The couple reportedly met when Rodriguez threw out the first pitch of an Astros game in 2016.

Rodriguez recently posted a video on her YouTube page recounting how they came to be a couple.

It was a busy weekend for Astros players and their families. On Sunday, Jose Altuve and his wife Nina announced they are going to have another daughter.

Here's how they met:

RELATED: 'We're going to take a run at it' | Astros owner says team will try to bring back Gerrit Cole