The Cougars upset the #3 team in the country over the weekend to advance. 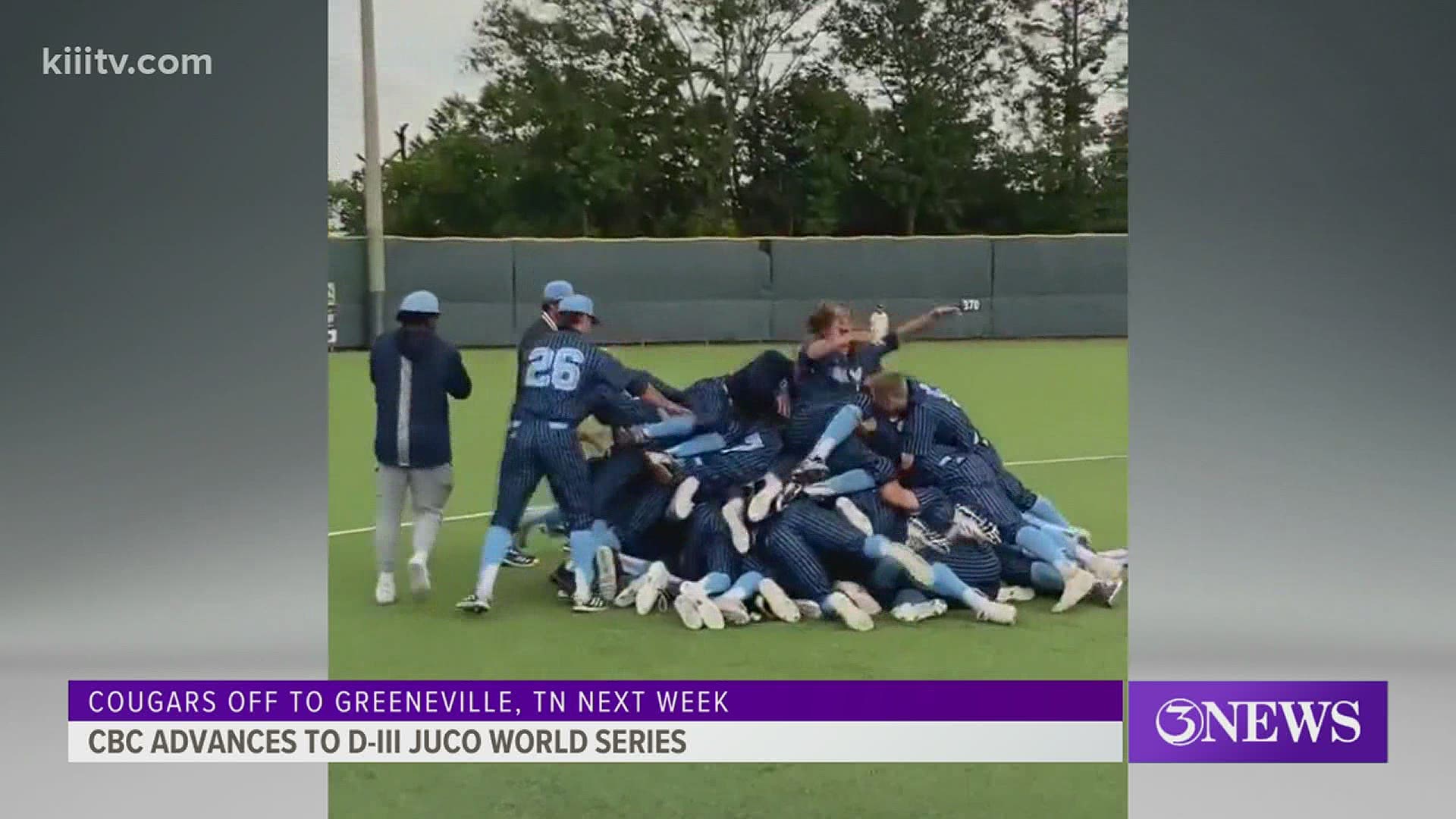 BEEVILLE, Texas — The Coastal Bend College Cougars' baseball team made program history over the weekend, clinching a spot in their first ever Juco World Series.

The Cougars upset third-ranked Tyler Junior College at the Apaches' home field 2-1 in the series to advance. CBC beat Tyler 7-6 in 11 innings of the third and deciding game, with Ryan Davenport lacing an RBI single to left to win it on a walk off.

In case you missed it..

The Cougars are one of eight teams headed to Greeneville, TN next week for the D-III Juco World Series. Their seeding and first opponent have yet to be announced.

CBC is headed to the NJCAA WORLD SERIES! ⚾️ pic.twitter.com/FOE0BjZlH3