The 2020 minor league free agent is already in Double-A in his first professional season after last year was canceled due to COVID. 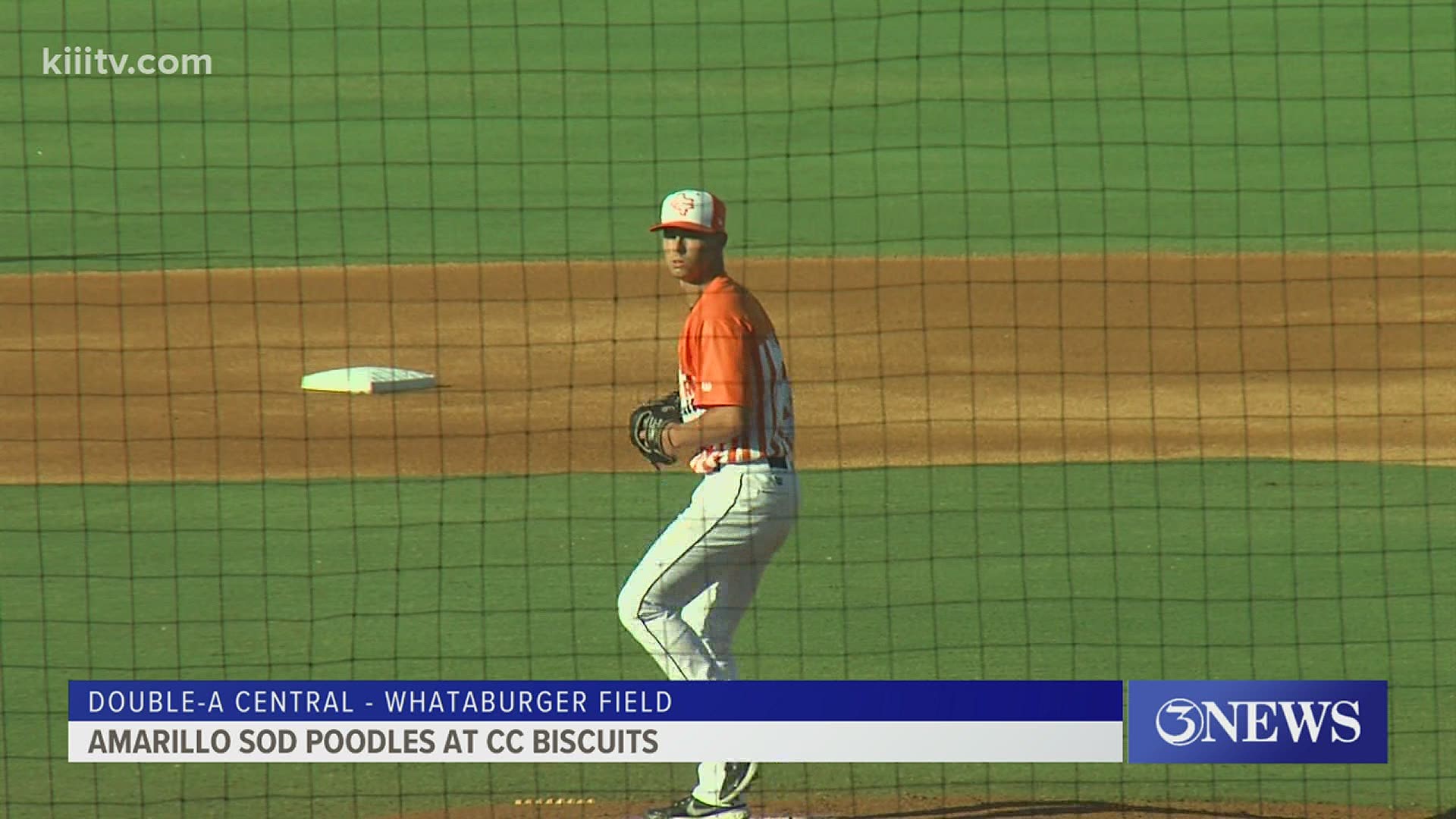 CORPUS CHRISTI, Texas — Jimmy Endersby tossed 6.0 one-run innings in his Hooks debut to lead the team to a 13-2 win over the Amarillo Sod Poodles Wednesday at Whataburger Field.

The 23-year-old Endersby allowed just two hits and two walks while striking out 10 batters, including the top of the Soddies' lineup in order to put an extra exclamation on his night.

Jimmy Endersby with a great Double-A debut for the Hooks/Biscuits, striking out 10 and allowing one run in six innings of work in the Corpus Christi win over the Sod Poodles.@Kiii3Sports #3SportsBlitz pic.twitter.com/Ole7riywEo

Meanwhile, his battery mate Korey Lee had another impressive night at the plate to lead the charge. Lee hit a home run in the second inning to start the scoring; his fourth home run with the Hooks and accounting for a hit in all eight games played with Corpus Christi.

The Hooks, playing as the Honey Butter Chicken Biscuits, followed with a six-run third inning, all against starter Matt Tabor. Grae Kessinger hit his third homer of the season and Pedro León ripped a two-run single in the frame.

Ross Adolph later hit a grand slam in the eighth inning to extend the lead. The win snapped a five-game skid for the Hooks.

The Hooks return Thursday at 6:35 p.m. with top prospect Hunter Brown on the mound. Discounted Pride Night tickets are available at CCHooks.com.