The Hooks debuted their new alternate Whataburger-themed uniforms Wednesday and got their first win of the season, 4-2 over San Antonio. 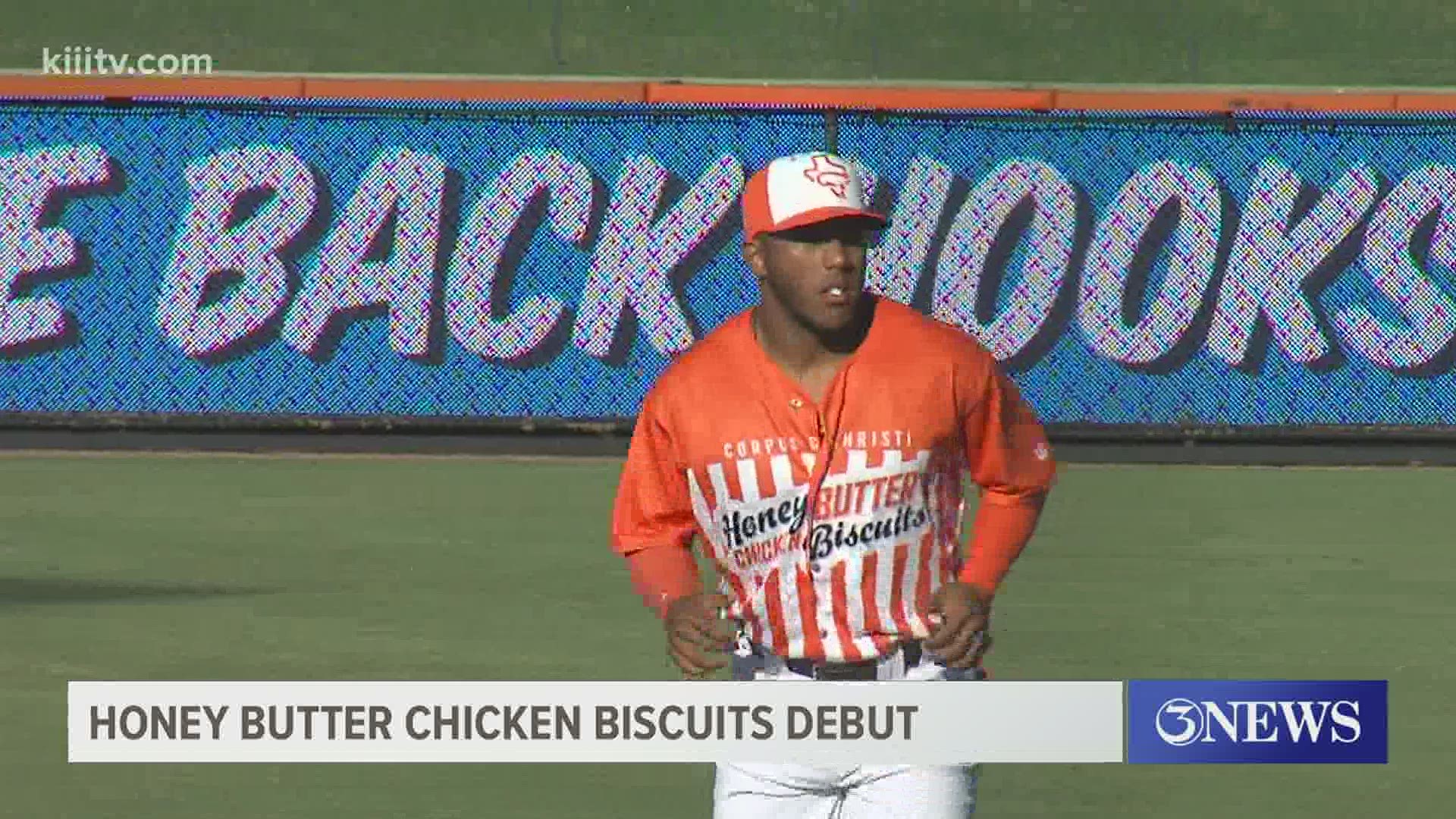 CORPUS CHRISTI, Texas — Making their on-field debut as the Honey Butter Chicken Biscuits, the Hooks got into the win column for 2021 with a 4-2 victory Wednesday over the San Antonio Missions at Whataburger Field.

France (W, 1-0) struck out eight Missions through the first 4.0 frames, including whiffing the side in order on 12 pitches in the second. He didn't allow a hit until a leadoff single by Juan Fernandez in the fifth. Fernandez and Matthew Batten would score on a Robbie Podorsky single to make it 2-1 San Antonio.

The Hooks rallied in the sixth with two outs when Scott Manea doubled and Grae Kessinger followed with a towering two-run homer to left, his first Double-A long ball and the go-ahead run off Jerry Keel (L, 0-1). Corey Julks added insurance with an RBI double in the eighth.

Rehabbing Houston Astros right-hander Enoli Paredes made his first rehab appearance, throwing 1.0 inning with a walk and a strikeout. He threw 15 pitches, eight of them for strikes.

Lefty Hunter Peck (S, 1) closed things out for the Hooks in his first professional game, striking out five over 2.0 scoreless innings.

Kessinger and Manea each finished the night 2-for-4. Padres top prospect CJ Abrams went 1-for-3 with a walk in the loss.

The teams square off for game three of the series Thursday at 6:35 p.m. Southpaw Jonathan Bermudez is slated to start for the Hooks.