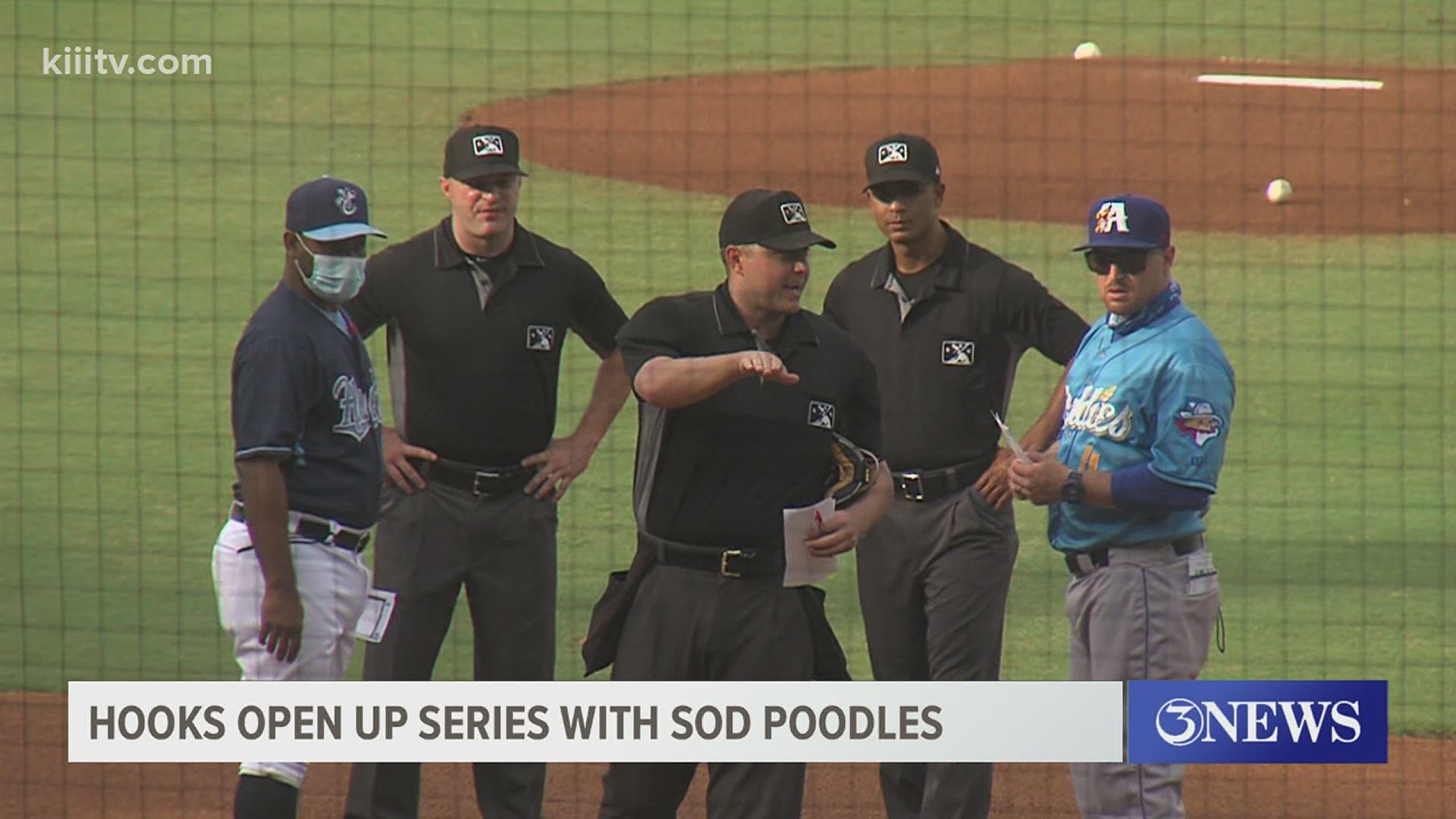 Korey Lee came a double short of the cycle, but it wasn't enough to carry the Hooks Tuesday against the Amarillo Sod Poodles in a 6-4 loss at Whataburger Field. It marked Corpus Christi's fifth straight loss.

Lee started the scoring with a second-inning RBI triple off Bryce Jarvis, who was making his Double-A debut. Scott Manea immediately plated Lee with a single to make it 2-0.

Dominic Fletcher tied the game in the third with a two-run single against Jonathan Bermudez.

First time that I’ve now seen it in person with a pitcher getting checked as the @CCHooks Jonathan Bermudez gets the check for foreign substances from the umps after a strikeout to end the first inning.@kiii3sports #3SportsBlitz pic.twitter.com/5IZSr0vfAC

In the fourth, Lee and Manea again went back-to-back, this time both clearing the fence for a 4-2 lead.

But Buddy Kennedy tied the game in the sixth with a homer for his first Double-A hit. Fletcher again delivered in the seventh, this time with the game-winning hit on an RBI double off Layne Henderson (L, 1-1).

Bermudez lasted 5.0 frames allowing three runs on four hits and two walks, both of which came in to score. Edgar Arredondo (S, 3) struck out five in 2.0 scoreless stanzas.

The Hooks look to end the slide Wednesday at 6:35 p.m. with Jimmy Endersby on the hill for his Double-A debut.

The ⛈ is gone and ⚾️ is about to be played on time!@CCHooks vs. @SodPoodles is on deck and we’ll have highlights tonight on @Kiii3Sports. #3SportsBlitz pic.twitter.com/aTPpIxVQlA