Corpus Christi fell behind early and couldn't get the offense going in a 9-1 loss to the Rockhounds Tuesday. Highlights courtesy KWES-TV. 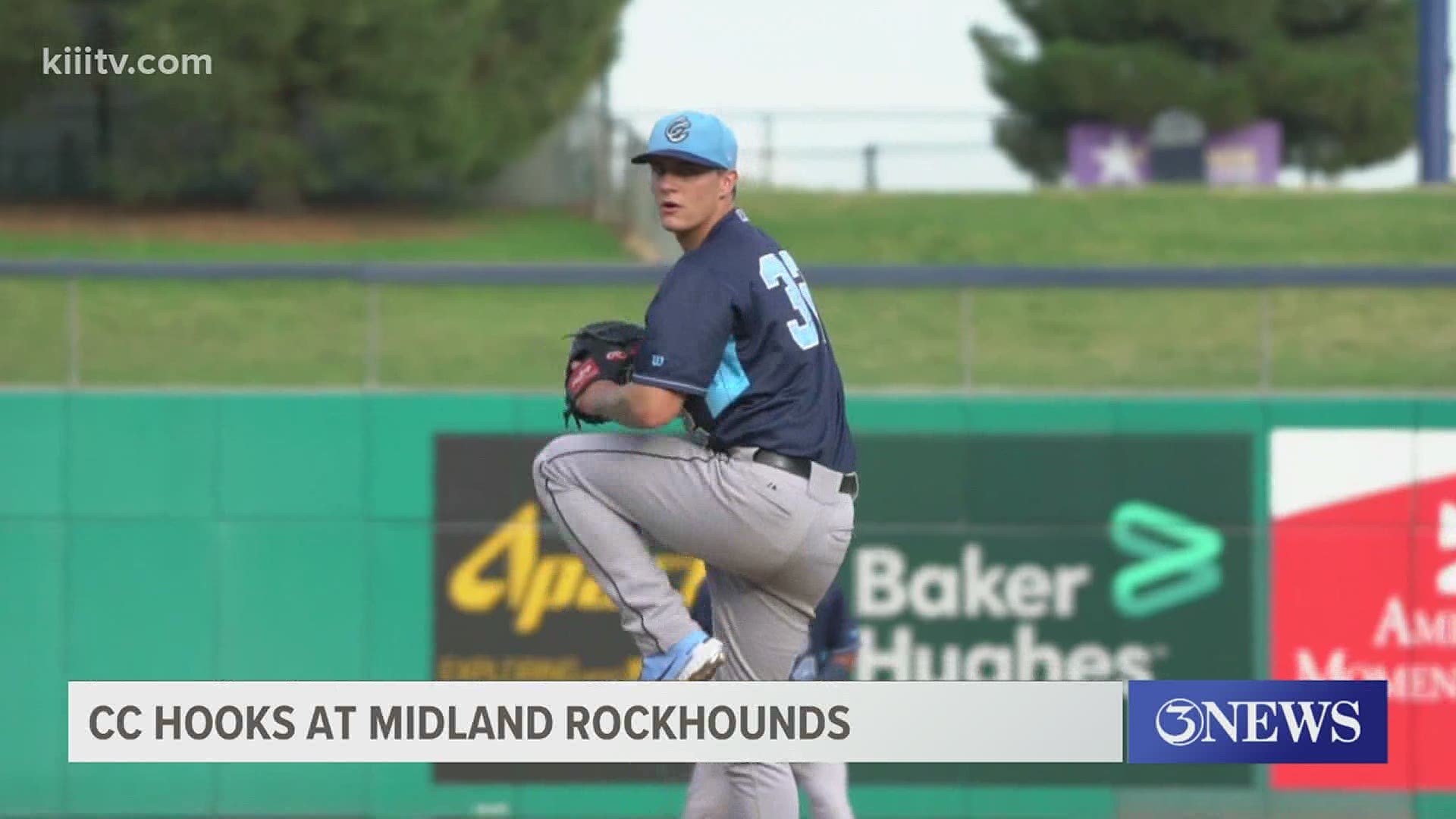 The Hounds, who have won eight of their last 11, halted the Hooks win streak at three games.

After chasing Hunter Brown (0-3) from the game in the third, the RockHounds were kept off the scoreboard in the fourth thanks to the work of Nick Hernandez.

Midland broke the contest open in the fifth by sending nine men to bat. A trio of singles began the rally, which was fortified by three consecutive bases-loaded walks by Joe Record. Bechina made it 7-1 Hounds after lining a sac fly to left field off Tommy DeJuneas.

DeJuneas dispatched seven of eight hitters before surrendering a free pass to Mikey McDonald in the seventh. Bechina was next and doubled to left field, handing the Hounds a seven-run lead.

Conely (3-0), Nick Highberger and Austin Briggs held the Hooks to five hits. Corpus Christi’s lone marker came on an RBI double by Marty Costes, who has now hit safely in 15 of 18 games in 2021.

The Hooks, who have won five of their last seven, look to right the ship Wednesday with Brett Daniels on the mound. Midland plans to send veteran right-hander Kyle Friedrichs to the hill. First pitch 6:30.