Hooks fall in season opener after year and a half away

It had been 610 days between Hooks games at Whataburger Field thanks to COVID-19 cancelling the 2020 season. 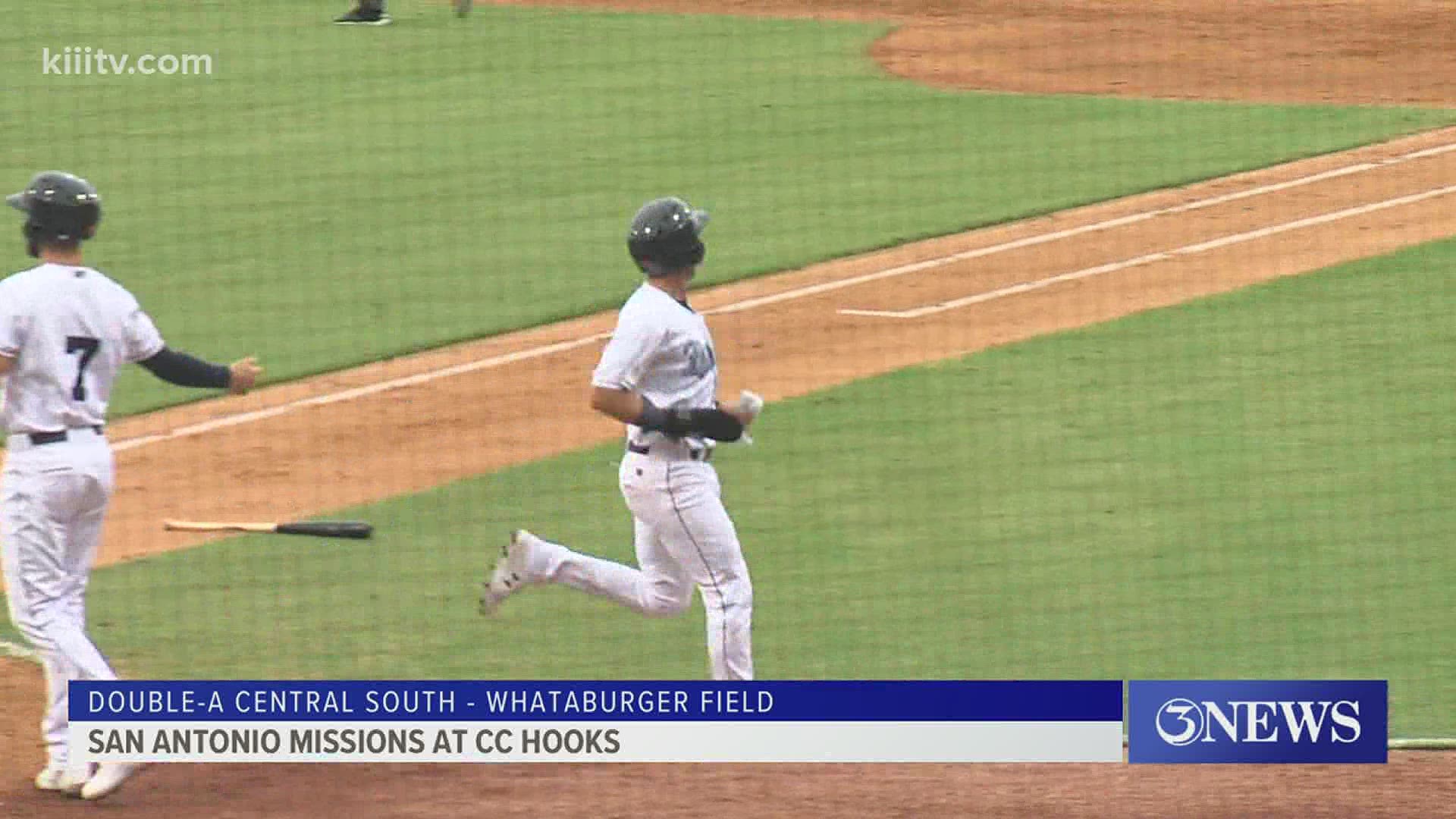 CORPUS CHRISTI, Texas — The Hooks returned to action Tuesday for the first time in more than 20 months, dropping the Opening Night contest to the San Antonio Missions, 8-3, at Whataburger Field.

The Missions, in their first Double-A contest since 2018 after a season in the Triple-A Pacific Coast League, racked up 13 hits and seven walks en route to victory.

Jumping on the Hooks' sloppy play early, San Antonio scored a pair in the second inning after Esteury Ruiz reached on an error and Robbie Podorsky on an infield single to load the bases. Two of those runners would score on a throwing error by Pedro Leon for a 2-0 Missions lead.

The Hooks responded in the bottom of the frame when they, too, loaded the bases. Marty Costes lined a two-run single up the middle, but Norel Gonzalez was thrown out at third to end any chance at adding more.

Hooks starter Chad Donato was pulled after 3.0 innings despite just two hits and a walk allowed due to a high count of 68 pitches.

Podorsky gave San Antonio the lead in the fourth with an RBI single to left off Nick Hernandez(L, 0-1). Hooks lefty Parker Mushinski entered in the fifth and gave up six hits and three runs over 1.1 innings before exiting with an apparent injury.

David Hensley made it a 6-3 game with an opposite-field solo blast (1) to right.

Padres No. 2 prospect CJ Abrams was impressive in his Double-A debut, going 2-for-5 with a walk and an RBI. Likewise, the Astros' No. 2 prospect Leon was 0-for-4 with three strikeouts.

The Hooks hope to shake off the rust Wednesday in game two of the series when they take the field as the Honey Butter Chicken Biscuits for the first time.